By no means has Matt Hagan had a bad start to the season, but he hasn’t had a winning start to the year, either, which means New England Dragway is popping up at the perfect point in the 2021 NHRA Camping World Drag Racing Series schedule.
07 Jun 2021
Josh Hachat
Feature

By no means has Matt Hagan had a bad start to the season. But the defending Funny Car world champ hasn’t had a winning start to the year, either, which means New England Dragway is popping up at the perfect point in the 2021 NHRA Camping World Drag Racing Series schedule.

Hagan has the last three wins there and he’ll look to make it four straight in Epping at next weekend’s TascaParts.com NHRA New England Nationals presented by Bandero Premium Tequila. For a multitude of reasons — some explainable and others not — Hagan feels right at home at the facility, and it’s brought out the best in his team.

“Some tracks just treat you well and show you a lot of love,” Hagan said. “It’s kind of one of those things where we seem to qualify well and run well there. Our car likes to have that cooler weather and it’s a great racing surface there. When it’s a little cooler, the car just wants to run. That’s the wheelhouse for (crew chief) Dickie Venables. He just wants to throw down.” 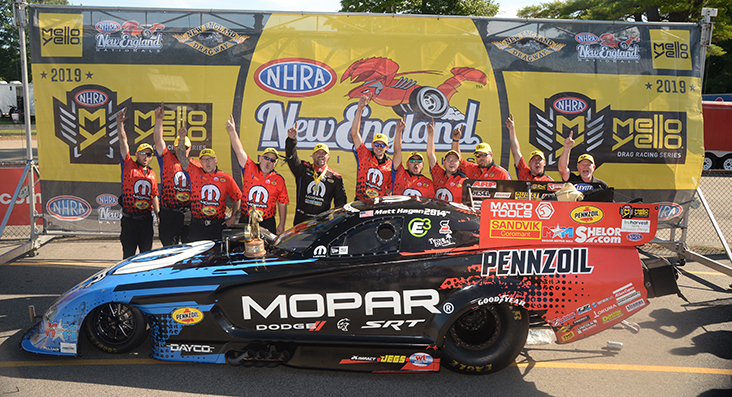 Hagan will gladly oblige as the three-time world champ looks for his first victory this season. It hasn’t happened for him or Don Schumacher Racing teammate Ron Capps through the first five races, a year after the DSR Funny Car teams swept every race in 2020.

It’s not a red-alert panic for Hagan and his talented team, especially considering he’s sixth in points, advanced to one final this year, and has generally run well. But the standout also is eager to get back to the winner’s circle as quickly as possible.

“There’s urgency every race. Don demands results and nobody in this organization takes kindly to losing. But we usually perform and I think we will,” Hagan said. “I feel like we’re starting to get into a groove. The car’s good, my lights have been good, it’s just been some little margins here and here. I’m confident we’ll get right back into what we need to do.”

After two weekends off, Hagan is anxious to get back behind the wheel and he’s also ready for the steady amount of races coming this summer. He believes that will only help his team, but true to his point, Hagan has come up on the short end of several close races this year. 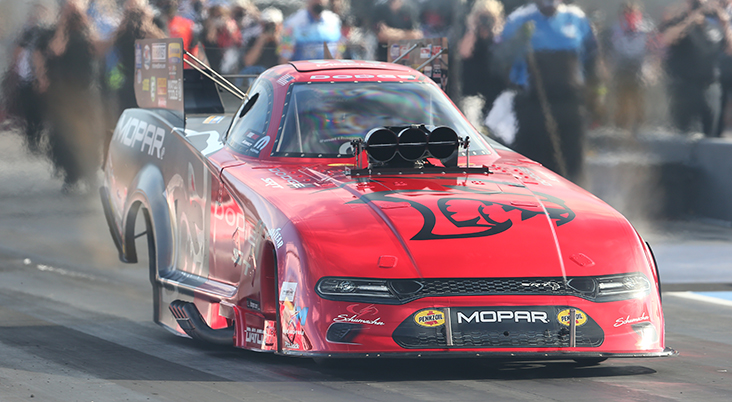 He ran 3.955 to points leader Bob Tasca’s 3.938 in the final at the Vegas four-wide race, falling in another nail-biter to Tasca in the semifinals at Atlanta. It was the third narrow loss to Tasca this year, a contrast to the close races Hagan seemed to pull out in 2020.

The good news is Hagan remains on top of his game, as does Venables, and all signs point to an upcoming breakthrough. Add in the undeniable energy from the passionate fanbase in the New England area that has brought out the best in Hagan in recent years and it could pave the way for his 37th career win.

“It’s amazing and just a cool feeling that so many people love this sport. It gives me chill bumps to this day,” Hagan said. “All in all, I’ve got no concerns with the direction we’re going. I’ve got all the confidence in the world with Dickie, and we’re losing some of these races by a tiny margin. I feel like we’re going to get into a groove and get moving.”