Armed with a brand-new Chevrolet Camaro, Kenny Delco showed impressive signs at the 2021 NHRA opener in Gainesville, but the Pro Stock veteran hopes it’s just the beginning of what’s to come this season.

He qualified sixth with a run of 6.543 seconds at 210.11 mph, which was enough to convince Delco he has a car that can contend in the loaded Pro Stock ranks this year.

“I think we’re going in the right direction,” Delco said. “The car seems to be running well, the motor is good, and I think we’re on track to do well. But you know how humbling this sport can be. One day you’re fast and the next day you’re not.”

Delco is confident he can be fast more often than not in 2021, including at the upcoming Denso Spark Plugs NHRA Four-Wide Nationals at The Strip at Las Vegas Motor Speedway.

He lost in the opening round in Gainesville, but thanks to crew chief Jamie Yates, Delco has a strong combination that can be competitive every time he races. 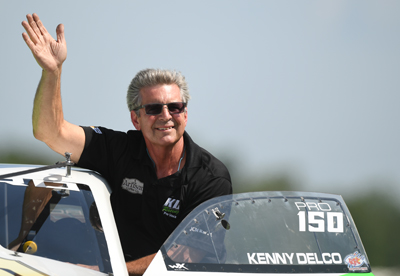 Delco started strong a year ago, too, advancing to the semifinals in Pomona, and he wants to replicate that in Vegas. The four-wide setup poses an additional challenge, and Delco chuckled at his near mishap with the unique configuration.

“Last time we did it, I was looking at the wrong light during one of the runs,” Delco said. “The other [staging] light came on and I hadn’t moved, and then I realized that wasn’t my light. It’s another ballgame for this race, and you’ve got to pay attention to the lights. But Jamie has a good combination on this car, and we’re happy with it.”

As much as he wants to succeed, Delco is just as interested in seeing the Pro Stock class continue to thrive as well.

The New York native works with Frank Iaconio for his engine program, and Delco has helped set up others in the class with engines from Iaconio, including Fernando, Cristian, and Fernando Cuadra Jr., as well as Richie Stevens.

Delco has also worked with Alan Prusiensky, a sign of helping whoever needs assistance in the class.

Of course, there’s a benefit for Delco as well, but the engine program he’s helped built with Iaconio gives drivers in the class another viable option to run well. The Cuadra family looked strong to end 2020 and to open this season, and Delco is happy with the overall progress. 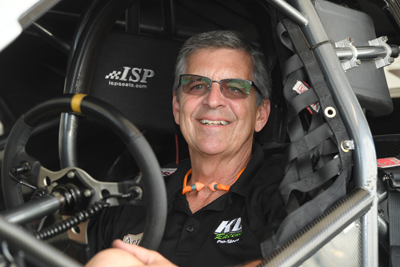 “The more cars, the more information we get,” Delco said. “It helps me out a lot, too, and it helps with the research and development. Frank loves doing it, and it’s great to have more people involved.”

One unique aspect of it is each engine and car is set up slightly differently. It’s put Delco in a good place heading into Las Vegas, and he believes everyone will benefit in the long run.

“It’s the same motor and similar horsepower, but there’s a few different things with each car with cylinder heads and things like that,” Delco said. “Frank wanted everything the same, but I said, 'Let’s not do everything the exact same.' Having little differences here and there, we can figure out what is better, and that helps everyone moving forward.”