More Tales From The Starting Line

When your dad loves both drag racing and photography, that's where you end up. Rick Bain shares his story of growing up shooting photos on the starting line of some iconic Southern California tracks. Plus: Autograph hunt!
04 Jun 2021
Phil Burgess, NHRA National Dragster Editor
DRAGSTER Insider

The tales about starting-line photography (mid)adventures from yours truly and others struck a nerve with many of you, some of who shared their stories. I really love these, because they resonate with a lot of us. Those heady early days at the drags, with so much to see, so much to learn, so much to absorb.

Rick Bain was one of the very lucky, who had a father who not only introduced him to the drags but also to photography.

“Most fathers have some sort of dream for their kids to grow up and become some vision of what they always wanted to be: a football player, a doctor, an actor, a rockstar, or something else equally big-dream worthy,” he wrote me. “My father, Dick Bain, was a self-made man who learned photography while serving a few years in the U.S. Navy. It was a hobby that he was good at, and he took the talent to the drag races in the late 1960s/early 1970s heydays at Lions, Irwindale, and Orange County Int’l Raceway. 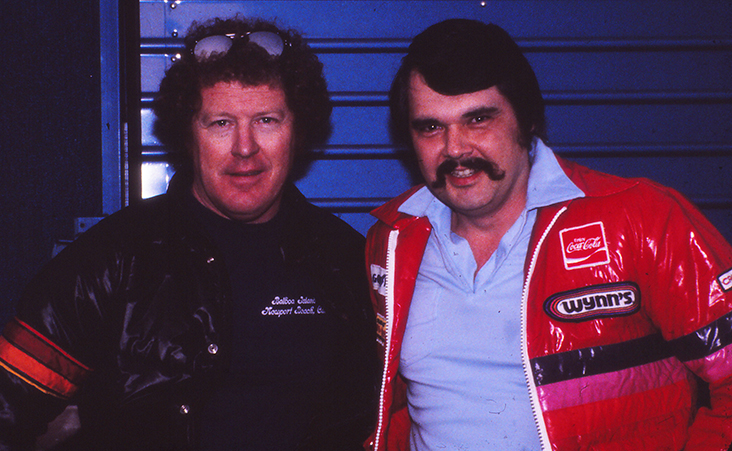 “Somewhere along the way, he befriended Tom McEwen, Dave Beebe, and others who opened some doors for this hobby of his. He made some fun money and shot some great shots. For reference, the Dick McFarland-on-fire shot at Lions in Hot Rod was his biggest trophy. Somewhere in the 1970s, he found a copy of the attached Drag Racing USA magazine, which featured Gene Snow on fire shot by a 17-year-kid. You see where this is going.

“When I was the ripe age of 14, he showed me how the camera works, how the darkroom works, how to develop black and white film, and how to print black and white photos in the garage. McEwen, whom he shot for extensively, secured him a photo credential to the WCS points meet at OCIR in 1978, and off we went. We'd share the pass, passing it back and forth on the first day, then came home and made a 'home job' second pass for day two. I clearly remember him going to the store to get orange construction paper then putting it into a tray of bleach to take some color out of it to make it match the one pass we had. It worked. 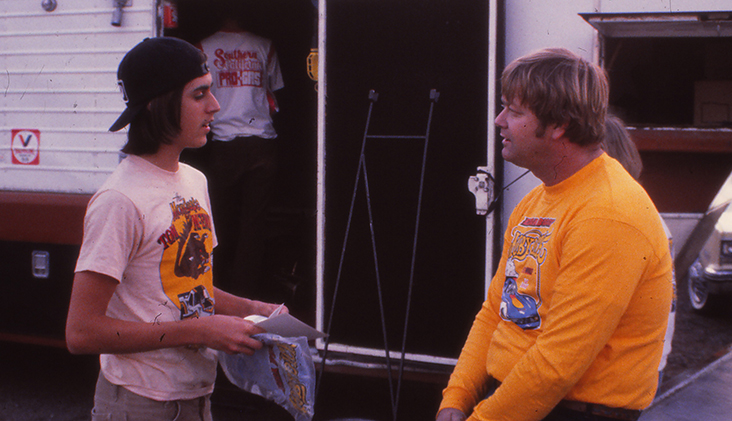 “I was always very young-looking for my age; when I showed up Saturday, geared up for my day on the guardrail, Tim Marshall told me, ‘What are you doing down here, kid? This ain't no Romper Room.’

“I shot away, burning through three rolls of 36-exposure Kodak Tri-X. At the time, I thought the shots were just OK. When your point of reference is Les Lovett in ND, Steve Reyes in PHR, and John Shanks [a fantastic guy who did help me out when my batteries died in the motor drive], you get a warped sense of what good shots are supposed to look like. 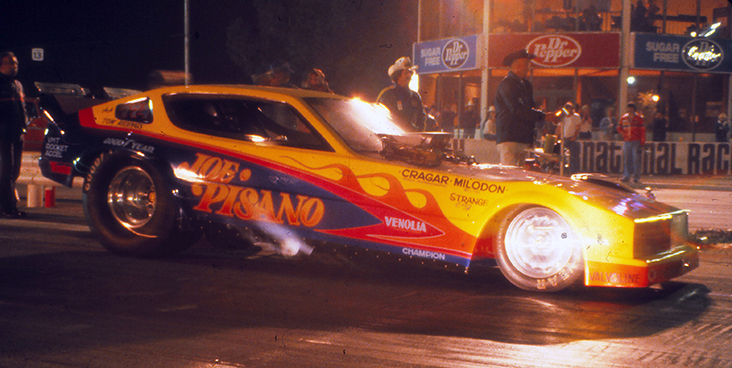 “We kept shooting at OCIR thru 1980: 100 Funny Cars, the WCS meets, 64 Funny Cars, the Super Bowl of Drag Racing. We pulled off the same trick over and over. One credential morphed into two. It was the best of times. I never did get that cover shot my dad had so hoped for, but we did have a great time trying.

“My father became ill in the winter of 1980 with viral meningitis/encephalitis. That was the end of our tour. By the fall of 1981, two weeks before I started my freshman year at USC, he passed at the age of 39. I continued to shoot drag racing when school and life permitted, at some point in the late ‘80s I did shoot a few shots from the stands that ended up in National Dragster and SSDI. It was too little too late, but I'm sure he would have been thrilled nonetheless.” 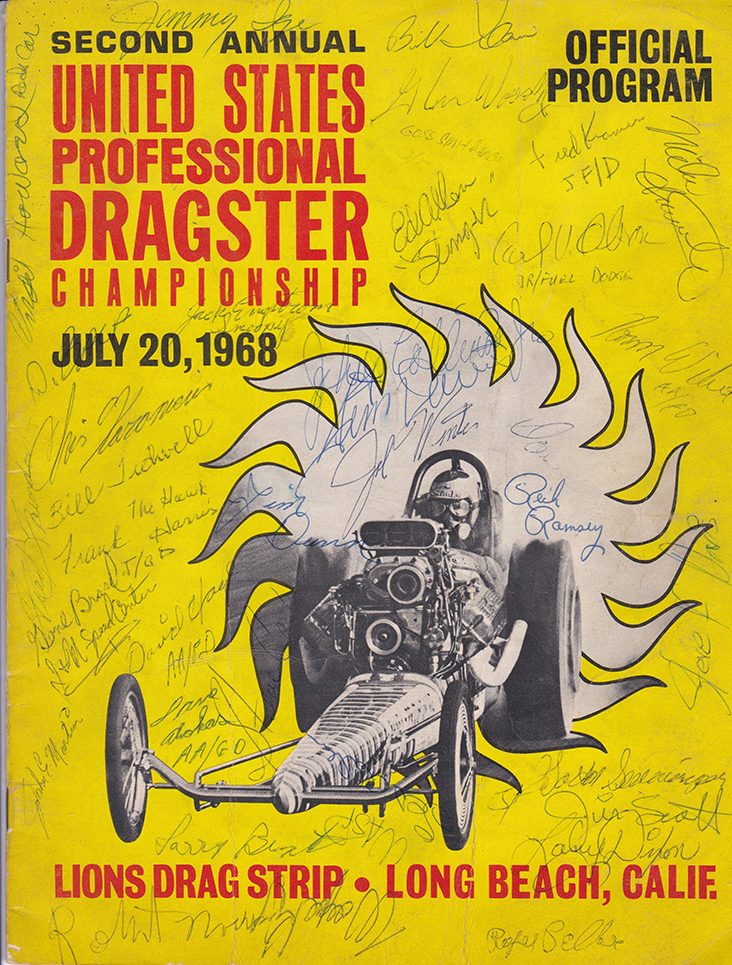 Bain also included this image he shot of the cover of a Lions Dragstrip program from the July1968 Professional Dragster Championship, absolutely covered in autographs.

“I was 5 at the time, and you can see the program folds where the program was folded into three sections to fit it my 5-year-old back pocket. You know your columns where you identify all the players [Photog row at OCIR  and the Winternationals CARToons]? It might be fun to do the same here. Lots of legends clearly signing."

Chris Karamesines' name immediately jumps off the page for sure. I see Top Fuel drivers like Bill Tidwell, Larry Dixon (Sr.), Rick Ramsey (cool sig, RR!), and Glen Woosley; Lions A/Fuel stars Jimmy Ige, Jim Scott, both Ed and Allen (Jeb's brothers, who drove the Wasp and Stinger dragsters), and Carl Olson (before the latter became a Top Fuel star); as well as Jim Dunn, Frank "the Hawk" Harris,  Steve Davis, Joe Winter, and Norm Wilcox (then still in a gas dragster, I believe). There are other legible names that I don't recognize, others written over the image of "the Snake" and even over each other's signatures, but I bet we could crowd-source this to near completion.

Here's a link to a larger version of it for your inspection. Have fun!