"Toyota's story in NHRA is really a microcosm of our story in motorsports, not as a sponsor, not as a check writer, but as a participant." — Dave Wilson, president of TRD
24 Mar 2021
Posted by NHRA.com staff
Feature

Brian Lohnes, NHRA on Fox announcer: For drag racing fans. It was a validation of some sort, like when Toyota decides to come into the sport in the early 2000s, whoa.

Dave Wilson, president of TRD: Toyota's story in NHRA is really a microcosm of our story in motorsports, not as a sponsor, not as a check writer, but as a participant. We looked at NHRA, and we realized one of the most diverse demographics in all of Motorsports. We wanted a piece of that. Lohnes: Toyota didn't have immediate success.

Wilson: We had zero experience.

Lohnes: They were competitive off the bat. It was also is a validation of how hard it is to win in NHRA drag racing. The field and crop of drivers that Toyota has aligned themselves with its own miniature hall of fame.

Lary Dixon: To know I was the first to have that on my resume. I'm very proud of it. There's only one person can be the first. 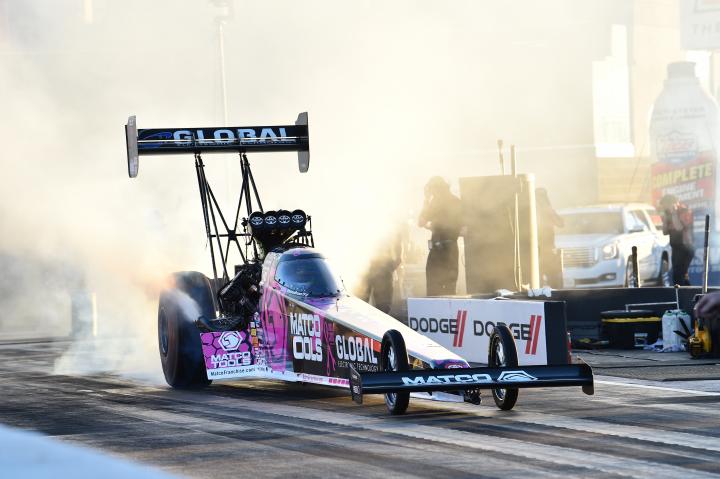 Antron Brown: I remember distinctly in ’08, I got into Top Fuel. [Toyota was] with David Powers. When David Powers was getting out of racing, they were like, 'well our deal is with David, we're leaving,' and I didn't have a relationship. And I remember distinctly talking to André Jackson, and I said, 'I want to be a part of this family.' And once you become a part of this family, you're part of it for life.

Shawn Langdon: They've been there from day one, 2009, started with Morgan Lucas Racing, transitioned to different teams with Allen Johnson Racing, Don Schumacher Racing. And then now with Kalitta Motorsports.

Alexis DeJoria: When I first started, Toyota was sponsoring the Kalitta teams. That was the team that I ended up joining. So that's all I've ever known is Toyota.

J.R. Todd: The help and the resources that they've supplied Kalitta Motorsports definitely got me to the next level in my driving career. 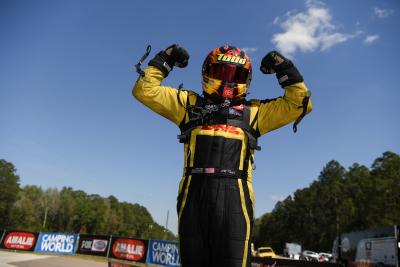 Lohnes: When we look at drag racing throughout its history, it is a richly diverse sport. When we see Antron Brown succeeding on a Pro Stock Motorcycle, it's fantastic. But when we see him winning a world championship in Top Fuel as an African-American man, it was incredibly fitting that he was the guy to kind of stake that claim.

Brown: What they have done for this sport is mind-blowing.

Todd: If it weren't for Toyota, I probably wouldn't have a Funny Car championship under my belt.

Del Worsham: Their dedication to their racers and their teams is, is second to none. I've never really seen anything like it.