After a memorable first day of racing action during the Menards NHRA Nationals presented by PetArmor at Heartland Motorsports Park in Topeka, Saturday’s final two qualifying sessions will be critical heading into eliminations.

It was a highlight-filled return to Topeka after a two-year absence, with the facility living up to its billing as one of the fastest tracks on the NHRA Camping World Drag Racing Series circuit. Racing against a picturesque sunset and then under the lights led to a number of outstanding performances and while there might not be any night runs during Saturday’s two sessions, the stage is set for plenty of standout performances to close out qualifying.

Temperatures have dipped considerably since earlier in the week when the heat index reached nearly 110 degrees, meaning fans should see plenty of strong runs during the two sessions at 2:30 and 5:30 p.m. CT on Saturday. 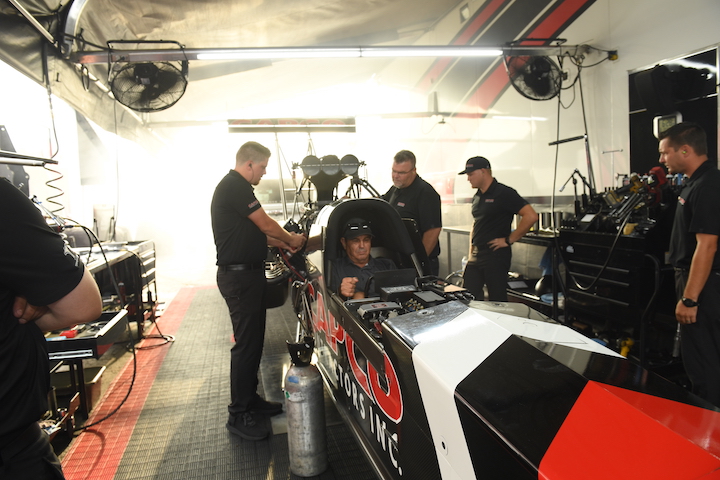 In Top Fuel, Billy Torrence will look to keep rolling right along after he edged close to the 3.60s with his run of 3.717-seconds at 322.27 on Friday. Four other drivers — Brittany Force, Mike Salinas, Steve Torrence and Justin Ashley — all went in the 3.70s and Shawn Langdon nearly did. Doug Kalitta didn’t have the speed numbers, but a respectable run of 3.815 gave him hope that things may be turning in the right direction as well.

Antron Brown and Leah Pruett, who is coming off her win in Pomona, didn’t make it down the track and will look to make major improvements on Saturday. Pruett had been riding high after back-to-back trips to the final round and will look to keep that momentum going. 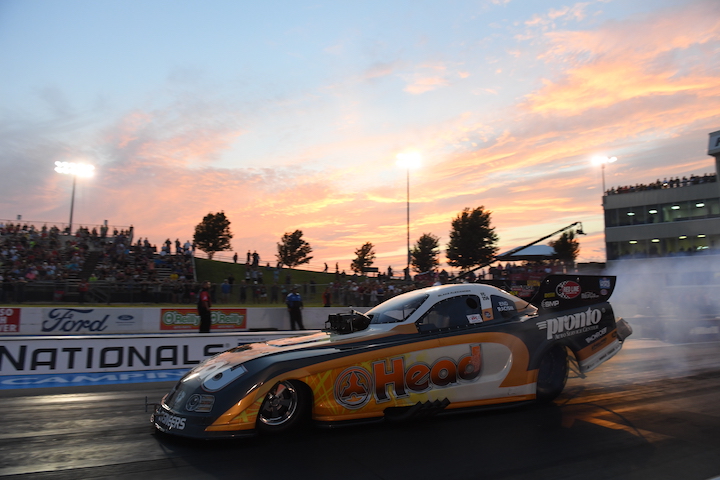 It will be interesting to see how J.R. Todd can build on his 3.884 run from Friday. Those night sessions haven’t been where his team has thrived this year, but they put something big together to open the weekend and appear poised to make a late-season run. That’s been par for the course for Todd and his team over the years, and this year could be a repeat of that.

Alexis DeJoria remains rock-solid, putting up another impressive number in qualifying after going 3.894. Is this the weekend she breaks through and grabs that first win of 2021? Blake Alexander has also had a pair of good performances in qualifying the last two races, going a jaw-dropping 332.92 mph on Friday as he looks to claim a spot in the Countdown to the Championship.

We saw eight three-second runs on Friday, and that’s a list that didn’t include Ron Capps, Robert Hight or Paul Lee, so there may be some significant shuffling going on throughout Saturday. Capps has been deadly consistent as of late, so it wouldn’t be surprising to see him pop a big number to close out the day. 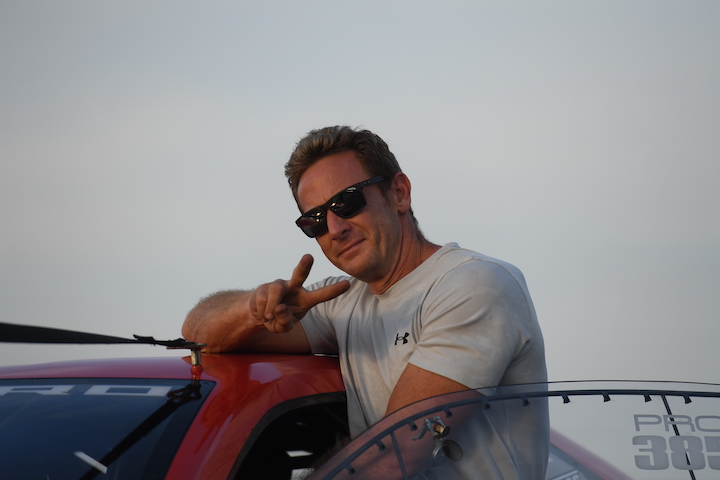 The big question on Saturday in Pro Stock is if Kyle Koretsky can hold off his KB Racing teammate — you know, the who has qualified No. 1 at every single Pro Stock race this year except for one. That, of course, is Greg Anderson, who has run roughshod over the class in qualifying. He’s currently third right now, with Koretsky’s 6.634 pacing the field. Of course, Anderson is right behind at 6.636 with Troy Coughlin Jr. sandwiched between with a 6.635.

Anderson has been strong on Saturdays to close out qualifying, so it should be interesting in Topeka. Coughlin and Bruno Massel performed well out of the Elite Motorsports camp, with Massel following in fourth. With 20 cars on the property, there’s a handful of competitors that will get bumped from eliminations as well. Right now, Erica Enders is on the outside after struggling in her lone run on Friday. Most would expect that to change dramatically on Saturday.