Luigi Novelli is on the comeback trail, thanks in part to the NHRA medical team

Veteran NHRA Top Fuel driver Luigi Novelli is on the mend after he suffered a medical emergency at the recent Summit Racing Equipment NHRA Nationals. Thanks to the NHRA Safety Safari, he hopes to be back in action later this year.
02 Jul 2021
Phil Burgess, NHRA National Dragster Editor
Feature

When veteran NHRA Top Fuel driver Luigi Novelli suffered a medical emergency after a Saturday qualifying run at the recent Summit Racing Equipment NHRA Nationals, the NHRA Safety Safari leaped into action to assist the fallen warrior, saving his life and leading to a hopeful comeback later this year for the Crete, Ill., veteran.

Novelli collapsed from dehydration while trying to get out of his car after on a very warm day and suffered cardiorespiratory arrest. According to NHRA Medical Director Dr. Phil Surface, Novelli lost consciousness and became unresponsive.

“When I got there, he had no pulse, and he was blue, and he wasn't breathing,” said Surface. “With the help of the local paramedics and the Safety Safari crew, we were able to revive him and get his vital signs back, and then we got him on the helicopter and transported him, so you can see the serious consequences of getting dehydrated. 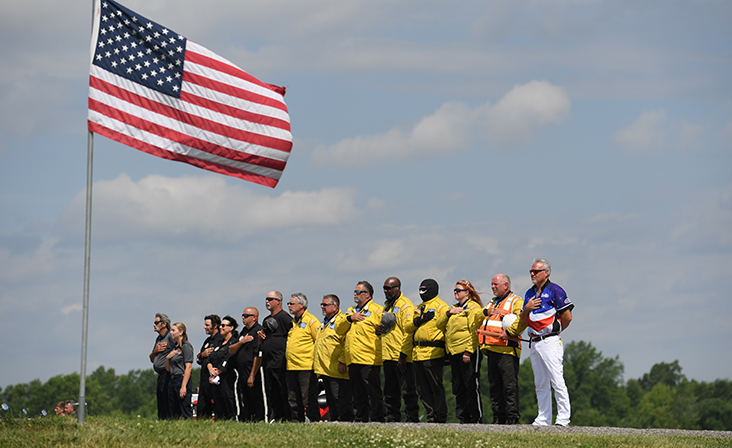 “We have a pretty good team, and there have been a lot of people spend a lot of effort into our medical planning. We are all committed to it.”

The medical team at every event consists of a medical doctor (most usually Surface, but NHRA also has three others in the rotation), local Emergency Medical Technicians (EMTs) and firemen, who help NHRA liaison with local hospitals. Additionally, many members of the NHRA Safety Safari are paramedics.

“We have the ability to provide most emergency services to the people on-site, from the fans to the teams, the vendors, and crewmembers from NHRA. We've got a pretty good system, and it worked as planned, so I'm happy for Luigi and proud of our team and how everybody handled it. It was handled well on the radio, and leadership took charge of what needed to be taken charge of, and we got it done. We got him stabilized pretty quick, got his pulse, got him a bunch of fluids with an IV, and he came back pretty quickly. Without us being there and trained, I don’t know that he survives that." 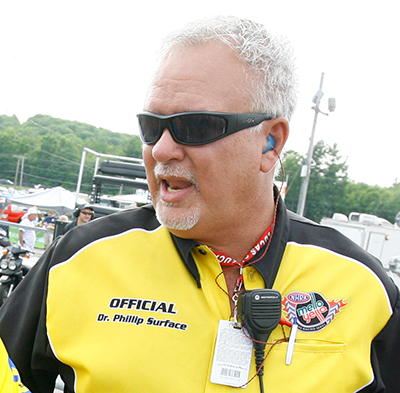 As the season heads deeper into summer, Surface said that a baseline recommendation for hydration is a minimum of half of your body weight in ounces of water every day. If you weigh 200 pounds, that’s 100 ounces.

“And that's just a baseline,” he added. “If it's windy, add another 10 ounces. If it's above 80 degrees, add another eight ounces, and add the occasional sports drink with some electrolytes in it.”

Novelli was hospitalized for a few days while doctors ran tests but now is committed to getting back behind the wheel (pending NHRA approval) of his National Machine Repair dragster, which is ready to show its true potential this season. He hopes to be back in action at the Lucas Oil NHRA Nationals in Brainerd in mid-August.

“The car is starting to come around,” said Novelli. “Bobby and Dom Lagana and Jason McCulloch redid the car for me over the winter. They had the car in their shop in Indy for about a month going through everything. I’m excited about how the car is going to run.”