After two long, hot days of qualifying battles to set the fields for the Lucas Oil NHRA Winternationals presented by ProtectTheHarvest.com, now the real work begins as teams try to figure out a way to navigate what has been a tricky Auto Club Raceway at Pomona track surface.
01 Aug 2021
Phil Burgess, NHRA National Dragster Editor
Race coverage

After two long, hot days of qualifying battles to set the fields for the Lucas Oil NHRA Winternationals presented by ProtectTheHarvest.com, now the real work begins as teams try to figure out a way to navigate what has been a tricky Auto Club Raceway at Pomona track surface.

Teams made only one run in the heat of the day – Saturday’s second qualifying session – and most of the teams struggled mightily under trac temperatures that neared unprecedented 150-degree levels, with the same forecast for Sunday.

To a person, all four low qualifiers emphasized Saturday night that Sunday will be a battle royale, with drivers and crew chiefs tested like never before to survive to be crowned a Winternationals champ. 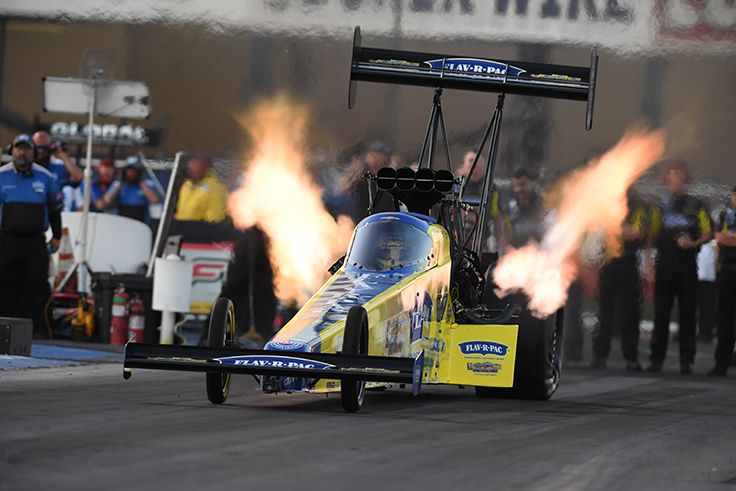 Top Fuel low qualifier Brittany Force, who grabbed her third straight No. 1 qualifying berth, only made it down the track on one of three passes, hers the final run Saturday night, and will rely on the tuning savvy of crew chief David Grubnic to help get the team its first win of the season. She’ll open with a test-capable bye run doe to the 13-car field.

Although he qualified No. 4, world champ and points leader Steve Torrence also didn’t get down the track until the final qualifying session and will face an uphill battle to become the first driver since Antron brown in 2009 to sweep the Western Swing. Ironically, Torrence’s first-round battle will be against Brown. 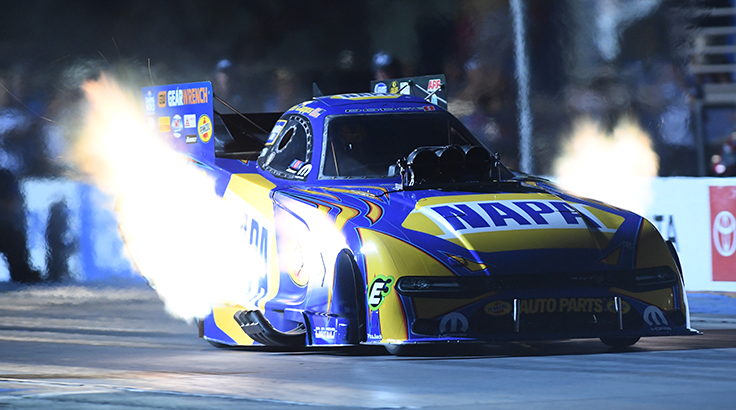 Funny Car polesitter Ron Capps made two three-second runs but both were under night conditions and his NAPA team didn’t make a great run in the heat of the day, so he’s pointing towards a wild day of possible tire-smoking battles. He’s one of the class’ more experienced drivers but he expects to get a battle from some of the privateer cars who don’t have massive amounts of horsepower to take like the touring teams, opponents like his first-round foe Bobby Bode.

Greg Anderson didn’t have the best run of the sunny Saturday session, but he was second quickest behind world champ Erica Enders and says he knows where his team went wrong. He’s expecting a long hot day of adjustments and reliance on driver skill to take the win, which for him would be career title No. 97 and tie him with class leader Warren Johnson. 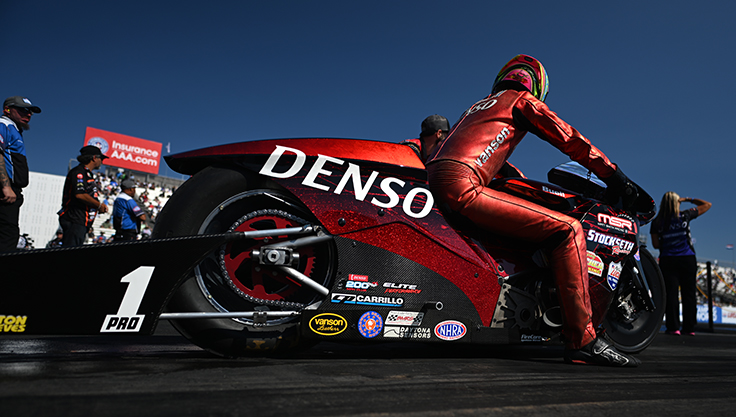 Matt Smith has a virtual stranglehold on the Pro Stock Motorcycle class, running the quickest in all three qualifying sessions, including the final run, where he pounded out a track-record 201-mph speed. His team’s ability to quickly swap gearsets will give hi the advantage he needs to deal with changing track conditions as he seeks to expand his points lead in pursuit of a second straight championship.