For the final time, the NHRA Camping World Drag Racing Series will award winners at Atlanta Dragway, making for a historic and memorable last Sunday at Georgia’s House of Speed.
02 May 2021
Josh Hachat
Race coverage

For the final time, the NHRA Camping World Drag Racing Series will award winners at Atlanta Dragway, making for a historic and memorable last Sunday at Georgia’s House of Speed.

Following Saturday’s two qualifying sessions, fields are set for the 40th and final Lucas Oil NHRA Southern Nationals on what will be an emotional and exhilarating day of eliminations in Atlanta.

The track has yielded an abundance of great moments over the years and on Sunday, the stars in Top Fuel, Funny Car, Pro Stock and Pro Stock Motorcycle will have the opportunity to race for one final shot at glory at Atlanta Dragway. History is on the line on Sunday and fans, who turned out in full force on Saturday, can expect something special to put one final bow on the track’s rich legacy. 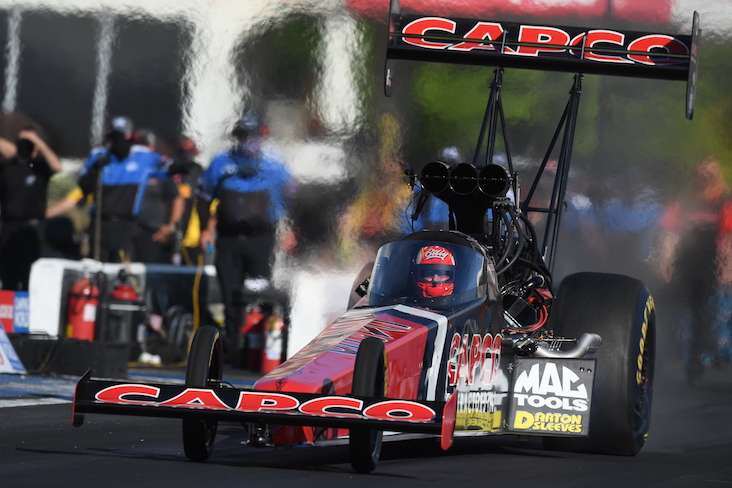 In Top Fuel, all roads to the winner’s circle in Atlanta will likely lead through one Torrence or the other. Billy Torrence qualified No. 1 with a stellar pass of 3.815-seconds at 323.43 mph in his Capco Contractors dragster, with Steve right behind after going 3.817 at 323.66. He made two consistent runs in the middle of the day on Saturday, positioning himself well to grab his second straight victory this season.

B. Torrence, meanwhile, has an opening-round bye as he looks to make it an all-Capco final to close out Atlanta. 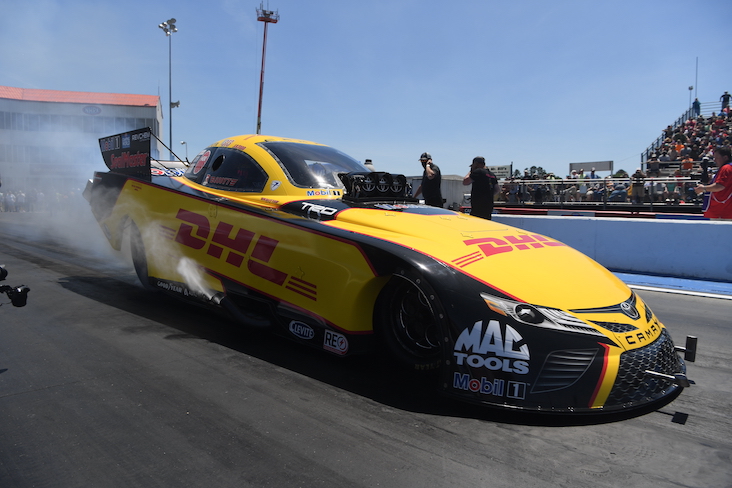 Qualifying in the top spot hasn’t been the norm for J.R. Todd in Funny Car, but Saturday’s run of 3.982 at 325.69 in his DHL Toyota Camry gave him just that and furthered his strong start to the 2021 campaign. A victory would give Todd two in the first three races and his first career Atlanta victory, which would be extra special for the former world champ.

Bob Tasca was the only other driver to make a three-second run on Saturday, going 3.999 at 320.81, so fans can likely expect some wild results throughout eliminations. A pair of must-see matchup in the opening round include Matt Hagan facing off with Robert Hight and Cruz Pedregon racing John Force

J.R. Todd vs. Alexis DeJoria (winner gets a second-round bye) 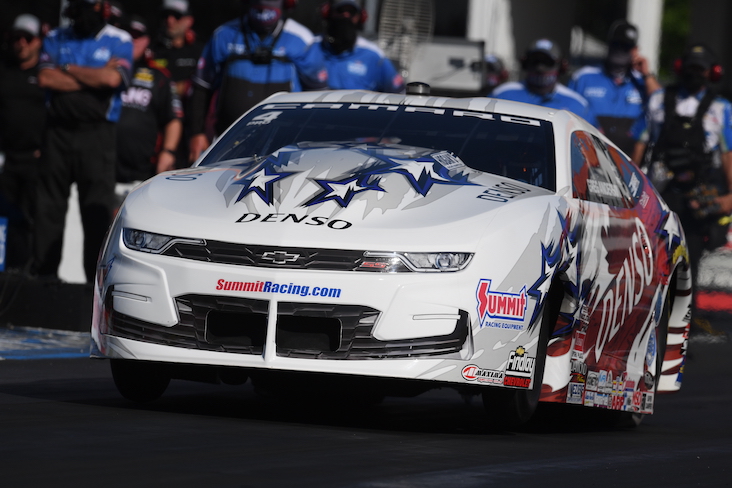 Greg Anderson has been a clear step ahead of everyone when it comes to performance in Pro Stock, wrapping up his third straight No. 1 qualifier on Saturday. He went 6.548 at 210.41 in his Denso Chevrolet Camaro, adding another solid run later in the day. It’s continued an excellent start for the four-time champ, who won in Gainesville on his 60th birthday to open the year. This race means a lot to Anderson and, with four victories to his credit at Atlanta Dragway, a fifth would be the perfect capper at the track.

Coming off her 30th career victory, Erica Enders qualified fourth as the back-to-back champ will get one final shot to earn her first victory in Atlanta.

On a day where Andrew Hines and Eddie Krawiec announced their returns to the class in strong fashion, it was still Matt Smith Racing at the top, as Scotty Pollacheck qualified No. 1 with a 6.779 at 199.20 on his Denso/Strutmasters/Matt Smith Racing EBR. Joey Gladstone had arguably the best Saturday with two runs in the 6.78-range, while Hines made his first career 200 mph pass, going 6.809 at 200.11.

After missing the first two races, Hines and Krawiec both impressed, but the depth of the field was apparent during qualifying. That should make eliminations extra exciting for the two-wheeled category’s final race in Atlanta.

You can catch the action on FOX Sports 1 and NHRA.tv.