After three races in the 2021 NHRA Camping World Drag Racing Series, Blake Alexander knows the progress is there. The Funny Car driver would like for there to be more and would like for it to show in the race results, but he's confident that will come.
06 May 2021
Josh Hachat
Feature

After three races in the 2021 NHRA Camping World Drag Racing Series, Blake Alexander knows the progress is there.

The Funny Car driver would like for there to be more and would like for it to show in the race results, but he's confident that will come if the team continues to work at its current pace. 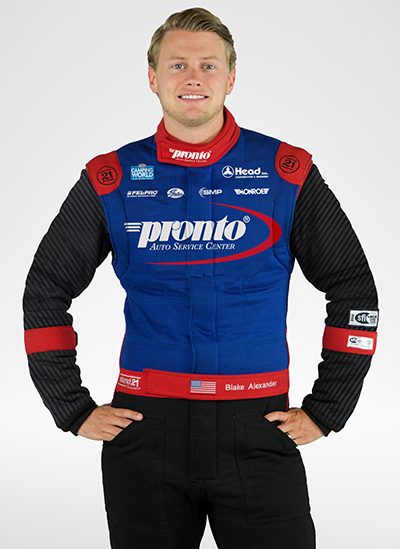 That part has impressed him the most, as Alexander, back in the Funny Car ranks for a third consecutive season and second straight with Jim Head, has praised the work of the team as everyone pushes forward heading to next weekend’s NGK NTK NHRA Four-Wide Nationals at zMAX Dragway in Charlotte.

“We’re just trying to get everything more well-rounded,” Alexander said. “We finally ran well at the end of last year after some struggles, and we’ve been trying to get the power level where we need it and the clutch where we need it. We’ve spent lots and lots of time at the shop, and it’s never been for lack of effort over here.

“We kind of stumbled out of the blocks to start the year, so we’re glad to finally see some positive signs. We’re just going to keep picking away at it.”

Alexander’s two career victories came in Top Fuel in 2018, but he’s always felt more at home in Funny Car, and the team made some positive steps last weekend in Atlanta.

He qualified seventh with a 4.047 and picked up a first-round victory. Alexander then gave eventual winner Bob Tasca III an impressive challenge in the next round, overtaking him for the lead early in the race before falling in close fashion at the finish line.

Alexander went 4.016 at 308.99 to Tasca’s 4.014 at 326.32 as Alexander lost traction at the top end. A full-power run might have sent Tasca home early, but it erased some of the struggles from the first two races of the season and gives him something positive to build on heading to Charlotte. 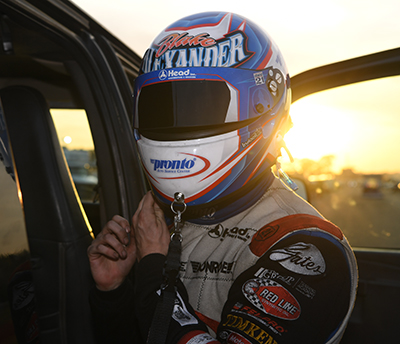 “When we make progress, we need to figure out how to keep in that bandwidth of success,” Alexander said. “If we keep doing that, as we get into the summer and the heat, I think we’ll be in a good place. I’ve always kind of thought of myself as a little bit of a grinder out here. I grind hard to get the sponsorship to do it, and I try to bring that into the racing part as well because that’s something you have to do when you’re up against these large outfits.”

It makes gauging progress a little different from a multicar team, but Alexander, who plans to race close to a full season in 2021, remains driven as anyone, and he fully expects to win and compete at a high level.

He did take a minute to enjoy the atmosphere in Atlanta as well. It was the first race his son, who was born in September, was at the track, which made for a memorable moment. Seeing the huge crowd on hand also added a surge of energy for Alexander, who is expecting something similar next week racing at his home track in Charlotte.

“When we came underneath the tower and saw all those people [in Atlanta], it gets your juices flowing, for sure,” Alexander said.