After a brilliant rookie season, Justin Ashley has barely taken a minute to bask in his success. It's been full speed ahead for the promising Top Fuel driver, pushing forward both in business and in his burgeoning racing career.
06 Mar 2021
Josh Hachat
Feature 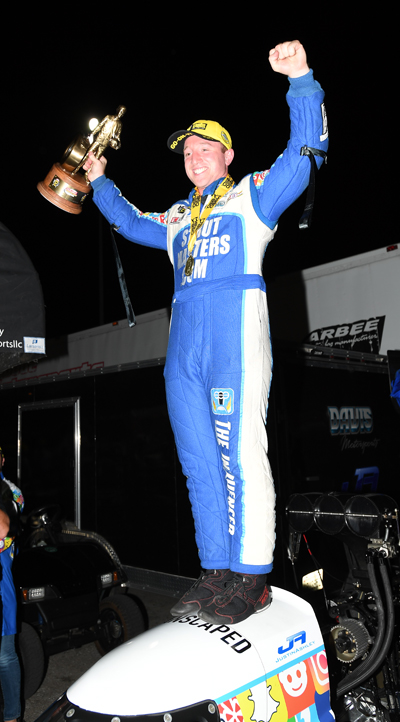 After a brilliant rookie season, Justin Ashley has barely taken a minute to bask in his success. It's been full speed ahead for the promising Top Fuel driver, pushing forward both in business and in his burgeoning racing career.

Heading into next weekend's NHRA Camping World Drag Racing Series opener, the Amalie Motor Oil NHRA Gatornationals in Gainesville, Ashley has big expectations to improve on a 2020 campaign that included his first career Top Fuel victory and NHRA Rookie of the Year honors in his Strutmasters.com/Auto Shocker dragster. The team added championship-winning crew chief Mike Green to the mix in the offseason, too, which has only heightened the goals for Ashley. With sponsors in place, he's committed to a minimum of 12 races, and the hopes for a full season.

"It was a productive offseason for us," Ashley said. "When you look at our program, we did a good job of establishing a foundation for our future. I know we put ourselves in a position where we can have sustainable success, and our goal is to be out there year after year, winning races and competing for a championship. This team has learned a lot, and the guys have done an awesome job. I see a lot of potential this year."

Ashley made immense strides a year ago and is already regarded as one of the top performers in the class on the starting line.

He won the third Indy race last season, made it into the 3.60s, and ended his 2020 with a solid performance in Las Vegas as well. It gave the team, which is owned by Dustin Davis, plenty of momentum, and nobody has let up. 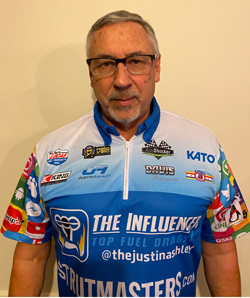 The team brought in Mike Green, who has helped tune the likes of eight-time Top Fuel world champ Tony Schumacher, and his impact has been immediately felt. He impressed Ashley right off the bat, and he believes it bodes nothing but positives for the team in 2021.

"Mike is such a smart guy, and the first thing that stood out to me was his ability to come in and take control, but not in a way that's overwhelming or aggressive," Ashley said. "He obviously has tons of experience, and he knows what he’s doing, and he just came in and took control of the situation.

"I've been impressed with his overall demeanor. He's extremely steady and knows the goals we have. I knew he would be a great fit for our program, and I know he can help take it to the next level."

That's the goal for 2021, as Ashley wants to see continual progress after the foundation that was laid last year. 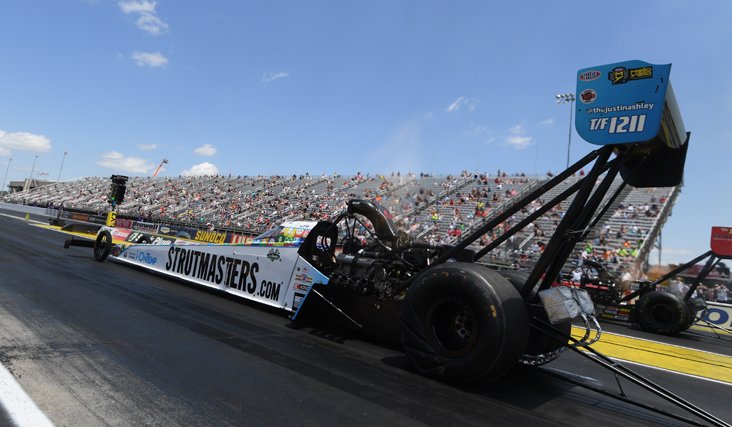 After a long offseason, Ashley is eager to get back into his dragster, which he'll do at this weekend's test session at West Palm Beach, Fla., before racing in the Gatornationals a week later. He joked that his smile will be as big as it's been since last season in November, and his team has matched that energy.

"Mike has put his stamp on things and made some changes, and our team keeps working hard," Ashley said. "We spend a lot of time on the marketing side of things, working to expand our relationships, and on the racing side, Mike and Dustin have done a phenomenal job. Our team is ready, and we'll continue to learn as we go along."