Emmons won the title, the second for his talented family, when he staged for his round two bye run. Emmons entered the Pomona finale five points behind former two-time champion Joe Santangelo II. Santangelo lost his opening round race against Adam Strang via a red-light while Emmons defeated Jon Irving to earn a bye run in round two. Once Emmons took the Tree in his Lucas Oil-backed Camaro, he took over the points lead and officially became the national champion.

The Emmons brothers, Harvey, and identical triplets Gary, Jerry, and Terry, have combined to win 45 national events and multiple Division 4 championships in Super Stock and Stock and this is just the second t time a member of the Texas-based family has earned a Lucas Oil Series national championship following Harvey's 1994 Stock victory. 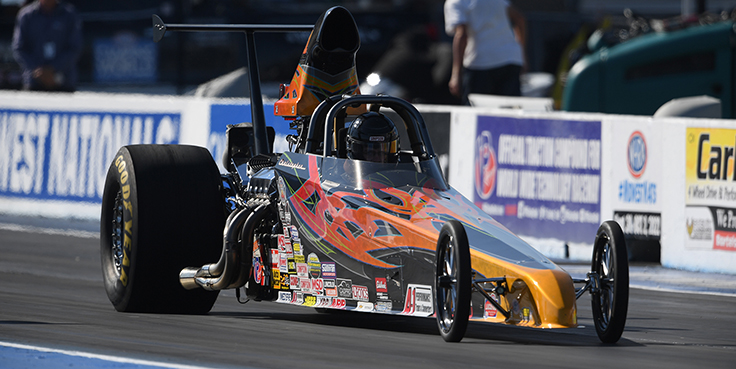 The Super Comp title is also remaining in Texas after Dodd successfully defended his 2020 championship. Dodd came into Pomona as the leader, but had to fend off a challenge from past Super Gas champion Devin Isenhower. That battle ended when Isenhower broke out by four-thousandths of a second in his round two race against Damon Bustamonte.

Dodd joins exclusive company along with Scotty Richardson, Shawn Langdon, and Gary Stinnett as the only drivers to win back-to-back Super Comp titles since the first champion was crowned in 1987.