Scotty Pollacheck, one of Pro Stock Motorcycle’s most popular riders, has hung up his helmet with the completion of the 2021 NHRA season, leaving behind a legacy of success and determination and a thrilling breakthrough win at the 2020 U.S. Nationals.
06 Dec 2021
Phil Burgess, NHRA National Dragster Editor
Feature

Scotty Pollacheck, one of Pro Stock Motorcycle’s most popular riders, has hung up his helmet with the completion of the 2021 NHRA season, leaving behind a legacy of success and determination.

Pollacheck, who earned throngs of fans for his passion for the sport, finally earned his first career national event victory at the NHRA U.S. Nationals last season after nine runner-ups and finished in the Top 10 for the eighth time in the last 10 seasons. Pollacheck and his wife, Susan, were popular for an easy-going and friendly nature that belied their drive for success as part of the three-bike Matt Smith Racing team.

The Pollachecks’ retirement has nothing to do with performance, as they also joined the Denso 200-mph Club in 2020, won the Southern Nationals in 2021, and enjoyed sponsorship from Denso and StrutMasters.com. They have owned a successful tire business in Central Point, Ore., for more than 30 years that keeps them busy beyond racing, and with plans to build a new house on recently acquired property, something had to give. 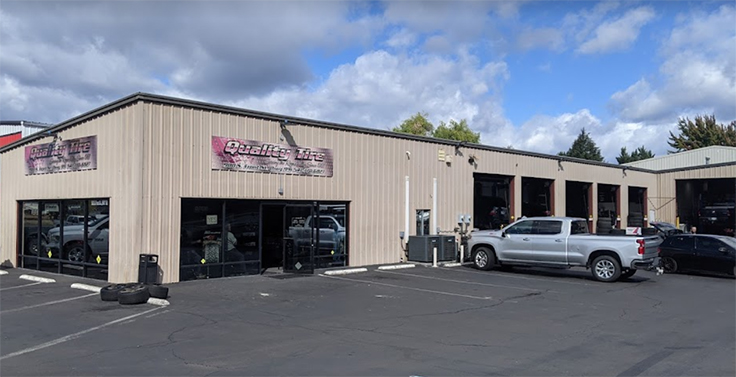 “Work by itself is such a big project,” he said. “I'm at work at 5:30 every morning. Even on Thursdays, when we’d leave for the race, I work until it's time to go to the airport. And then Monday, when we get home, I drop Suze off at home and head to work. It takes me about a week to get caught up once I get home, and then it's time to leave again. So that's like a one-and-a-half full-time job, and then racing's like a full-time job, and now we're getting ready to start building a house and a shop, so that'd be another full-time job. That’s just too many full-time jobs.

“We’re not going to race next year. I don't know what that feels like or looks like, but that's the plan. We've been racing for a long time — I've been racing since the minute I got my driver's license — and loved it, and wouldn't trade any of it for anything, but it was time to do something different for now. You know, never say never [about returning to racing someday]. I mean, anything's possible. Come March, I might have some serious jitters or something, but we're not making any plans to do anything.

Pollacheck, whose riding career includes the electric-powered Killacycle on which he set a world record in 2009, began racing part time in Pro Stock Motorcycle in 2010 and ran his first full season in 2013. He raced with Matt Smith Racing for all but two seasons since then, competing at a total of 152 races.

“Our goal was always to win a race, and we were able to check that off, and we got in the 200-mph club, so that was pretty cool, and had five No. 1 qualifiers, including three this year. 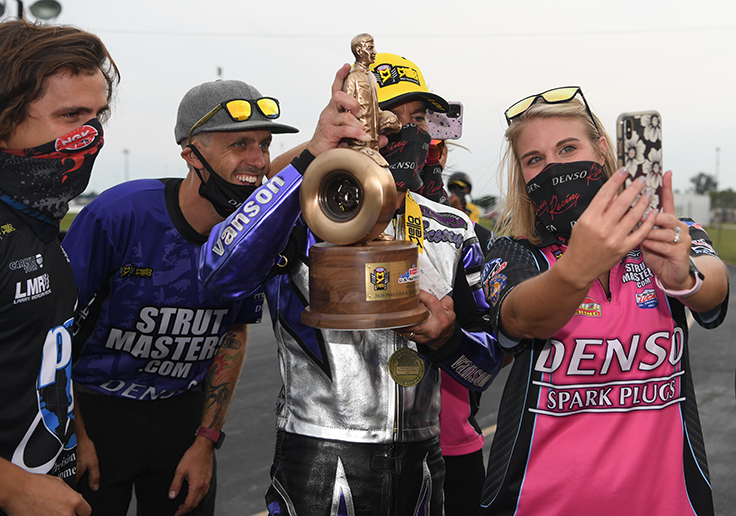 “Winning Indy was just amazing. We qualified No. 1, and that’s where we got the 200-mph club and were also runner-up in the Pro Bike Battle, and then won the U.S. Nationals the next day. So yeah, that was about as good as you could ever get. The only bummer, of course, was that Suze wasn’t there. Indy is the greatest race you can ever win, but it was right in the middle of COVID, and things were just really strange. It really sucked that she wasn't there, but Joey Gladstone brought his phone to me at the end of the track, and had Susan and the kids on the phone, everything, so that was pretty cool, but didn’t seem right.

“So winning Atlanta earlier this year with her there was so special. It was her birthday weekend. We were No. 1 qualifier again. All she ever really wanted was to be there when I won, so we were able to check that off the list. 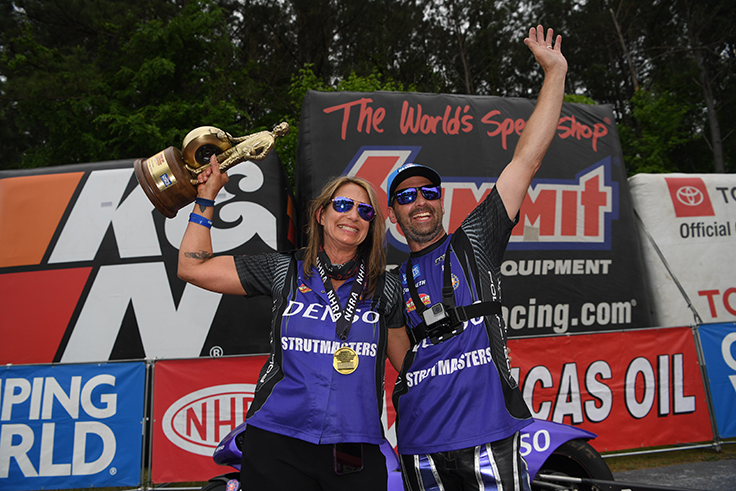 “Racing has always been something that we did together, and she loves it just as much as I do, and the big thing for us is gonna be missing all the friends that we have out there. Racing is amazing because you get to see all your friends all the time, and you don't even have to call them or make plans because you know they’ll always be there.

"Of course, I’ll miss riding the bike and the competition part, but we’re really going to miss the fans. They’re so passionate, and we have so many friends that started out as just fans. I've met guys in the airport and on the plane with who we’ve become friends. Some of our best friends are from Virginia, people we just happened to meet in the hotel. They were Matt Hagan fans and never really paid attention to the motorcycle class and now they go to more races than they've ever been to, and they love the motorcycle class. We have so many stories like that.

“We didn’t really plan on making this our final year. We'd been looking for a piece of property for a couple of years, and then finally this summer we found one and decided that that was what we were going to do. We’ve been so blessed to have people like the Smiths in our corner, and sponsors like Denso and Strutmasters.com, and before them, Petrolhead. This year we even had LaVia Motorsports, which is some hometown people here that really helped us out, so we’ve had good people in our corner. 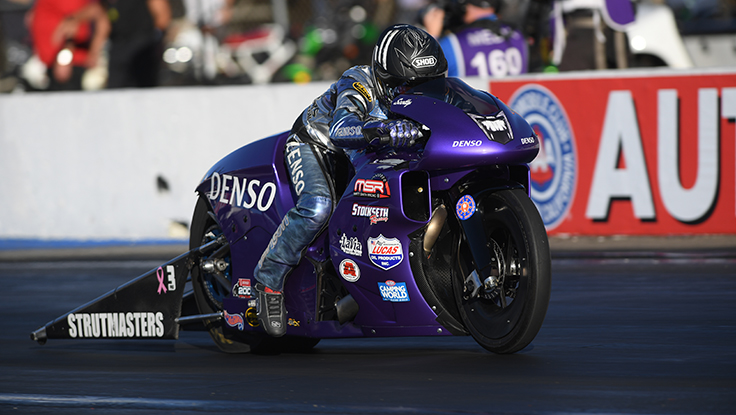 “It’s just time to focus on something else. I think having the house project is going to be a great distraction. We're super excited about that, and we've been working with the engineer and the builder, changing things and adding things, and stuff like that. So that's gonna definitely occupy a lot of our time and energy. So, that'll help.

“I can always come back. If I was going to come back, Matt’s team is probably what I would do. We left on great terms, and I’m pretty sure I could just call him and say, ‘I want to put something together,’ and we’d be back.”