Five things we learned at the Texas NHRA FallNationals

From an extra qualifying session, huge qualifying bonuses, extravagant driver introductions under the lights and during pre-race ceremonies, the Stampede of Speed and Texas NHRA FallNationals at Texas Motorplex took the grandiose to new levels. Here's what we learned in Texas.
11 Oct 2021
Josh Hachat
Feature

The Stampede of Speed proved that everything is indeed bigger in Texas. From an extra qualifying session, huge qualifying bonuses, extravagant driver introductions under the lights and during pre-race ceremonies, the Stampede of Speed and Texas NHRA FallNationals at Texas Motorplex took the grandiose to new levels. The action on the track was just as significant and with only three races remaining in the 2021 season, we’ve officially arrived in crunch time in the Countdown to the Championship.

Here’s five things we learned from another big weekend at Texas Motorplex:

SUNDAY WAS SIMPLY MEANT TO BE FOR GREG ANDERSON 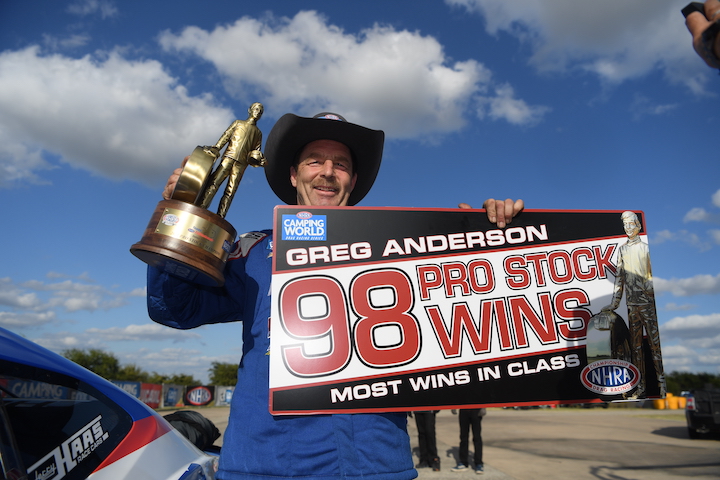 Greg Anderson had three wins this year before heading to Dallas, tying Warren Johnson for most wins in Pro Stock history, but the record for all-time victories could have easily come before Sunday if a few more things had gone his way.

His competitors cut him zero slack — a nod to the tremendous talent level in the class — but everything changed on Sunday. Anderson’s four opponents in eliminations either went red or shook the tires, all but presenting the legendary driver the historic mark on a platter.

Anderson gladly took it and once again had the best car this weekend as his chief opponents also went by the wayside early to open up his championship lead. He basked in the glory of a 98th win, but also with an eye to what’s still possible this year, that being a fifth world championship and a chance at 100 wins if he grabs wins at the final two races of the Pro Stock year in Las Vegas and Pomona. It won't be easy, but Anderson has simply been on another level this year. 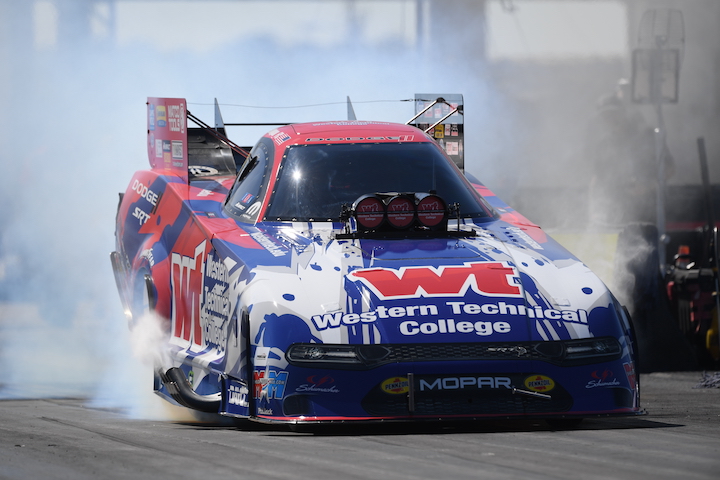 It’s looking more and more like the Funny Car battle will come down to Ron Capps and Matt Hagan, and that was further emphasized on Sunday in Dallas.

Championship hopefuls like J.R. Todd and Bob Tasca III had their opportunities to take out Hagan before the final round, but neither could take advantage and their title hopes suffered majorly in the process. It’s now looking bleak for both, and it was left up to Capps to try and rein in his Don Schumacher Racing teammate.

In a thrilling final round, Capps took down Hagan on a holeshot — making up for his miscue in St. Louis — and getting a 40-point swing in the process. Instead of a 70-plus point lead heading to Bristol, Hagan’s lead dipped to 33 heading into the final three races.

It’s too early to make it a two-car race just yet, especially with Cruz Pedregon and John Force trailing by 113 and 115 points, respectively, but it’s hard to ignore the trends. DSR has won three of the four Countdown to the Championship races and after a slow start to the year in terms of wins for both, Capps and Hagan have clearly taken command at the perfect time as DSR once again appears the supreme team in the class. 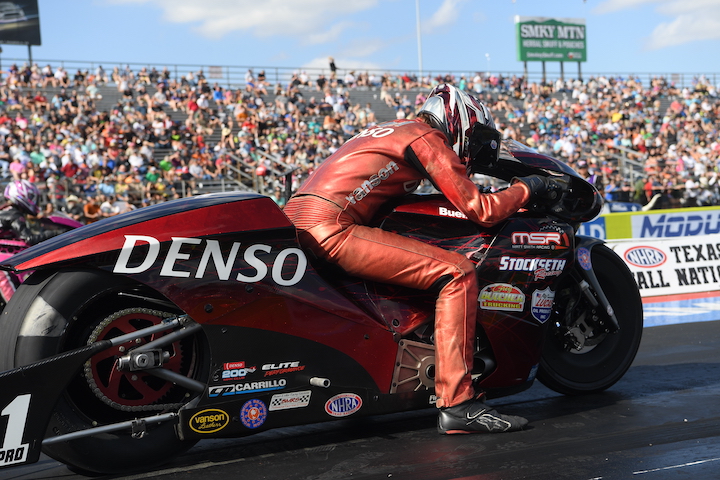 Matt Smith enjoyed the final spotlight on Sunday in Pro Stock Motorcycle, but Matt Smith Racing all played a big part in his big day. In fact, it was a day you dream of when putting together a multi-car or multi-bike team, especially in the playoffs.

His wife, Angie, did some major damage early, taking out Eddie Krawiec in the opening round and then Angelle Sampey, who was second in points entering the weekend, a round later. Scotty Pollacheck also picked up a round win, while Matt finished off the job by rolling to his first career at Texas Motorplex.

The victory also sent Smith back into the points lead, though Steve Johnson remains right behind at just eight points back. Still, it was a monumental weekend for Smith and a possible turning point in the playoff race in the two-wheeled category.

From winning the bonus money on Friday to a pair of chief competitors getting taken out to picking up the victory and moving back into the points lead, it couldn’t have gone much better for the defending world champ — all thanks to a little teamwork.

JUSTIN ASHLEY HAS RAISED HIS GAME

The reigning NHRA Rookie of the Year had a more than respectable second full season in Top Fuel during the regular season, advancing to a final round and a semifinal, but the entire team was after a bigger leap.

Well, that’s happened over the past four races, as Ashley has made the most of his first Countdown to the Championship experience. In the four playoff races, he’s been one of the best in the class — and almost on par with points leader Steve Torrence. Of course, Torrence remains the cream of the crop in Top Fuel, advancing to the semifinals or better at all four stops.

But Ashley has been a worthy opponent, advancing to his second final in the Countdown and getting past Torrence in the final round on Sunday in a great side-by-side duel.

It may not be enough for a championship run this year, but a top two or three finish would be a massive step for the young rising star. Ashley continues to be elite on the starting line, while the team, under the leadership of crew chief Mike Green, has made considerable strides as well. Green admitted they haven’t reached their full potential yet, but this version has been pretty darn good as well.

WHO SAYS A TURBO CAR CAN’T WIN IN PRO MOD 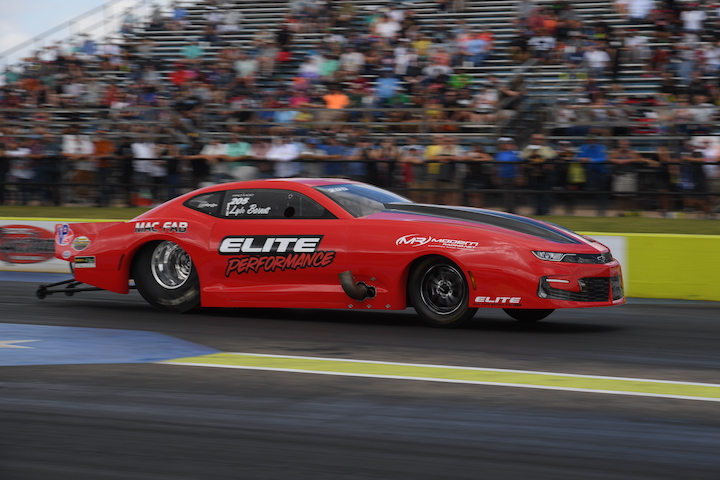 It certainly seemed that way, as the power added has become all but extinct as drivers opted to go the ProCharger route in the past year. In fact, it had been more than two years since a turbo had last won in NHRA Pro Mod.

Well, Lyle Barnett, who made his debut in the class this year, certainly changed that, going unconventional in Dallas to shock plenty with his first career win in the class. He also started the year in a ProCharger-powered car, but the team’s struggles led to the decision to make a bold change, opting for a turbo car that Erica Enders drove and set the speed record in back in 2019. Barnett and his team dusted that car off and were extremely consistent, going 5.84 in the first three rounds of eliminations before dropping a huge holeshot on Justin Bond in the final round to take the win.

Barnett’s incredible journey back to the sport after his horrific fire in 2015 is as awe-inspiring as it gets and he added another special moment to that return on Sunday.