The Lucas Oil NHRA Southern Nationals, the final NHRA national event to be held at soon-to-be-shuttered Atlanta Dragway, left a lasting impression with NHRA fans and provided some key clues about the season ahead. Here's five things we learned from the event. 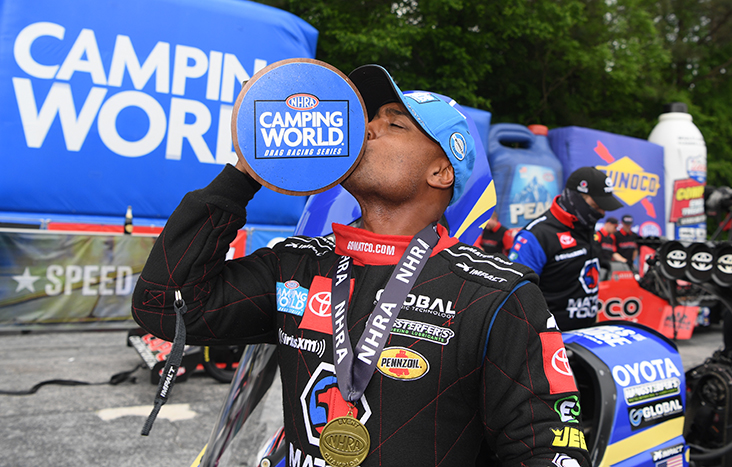 After going more than two years between wins — from Seattle 2018 through the Dodge NHRA Finals last October in Las Vegas — as the team sorted through mechanical woes and dealt with the one-year absence of crew chief Brian Corradi, Antron Brown and the Matco Tools team have now won two of the last four Top Fuel titles.

The three-time world champ not only won the Lucas Oil NHRA Southern Nationals — his seventh Atlanta crown, including two in Pro Stock Motorcycle — but he beat his good friend and class juggernaut Steve Torrence in the final to do it.

Brown’s last championship was 2016, a time when Steve-o was still just finding his strength in the class, so it’s going to be cool to see them duke it out while both are at the top of their games. 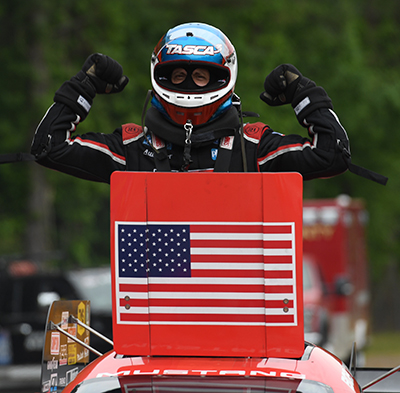 It was clear from their Las Vegas four-wide win that Mike Neff and Jon Schaffer have a good tune-up for Bob Tasca III’s Motorcraft/Quick Lane Mustang, but BT3 is helping round out that strength with some sharp driving of his own to complement the combination.

On a side note, with Tasca’s two wins this year and J.R. Todd’s Gatornationals win, the Don Schumacher racing team that won all 11 events of last year’s short season is winless through 2021’s first three.

Greg Anderson: Out for blood 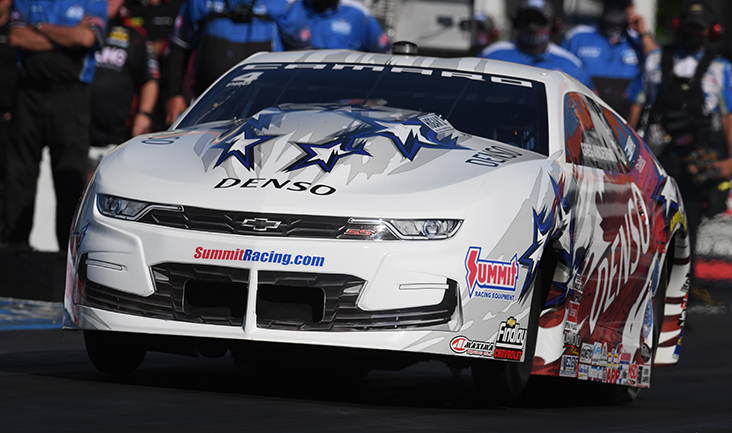 It almost seems like this is the Greg Anderson revenge tour. Not sure if it's directed at anyone, but maybe just highly motivated after watching the Elite team win the last two titles.

Until he won the 2021 opening Gatornationals, Anderson hadn’t won since the fall 2019 Charlotte event, but now with his Atlanta win, he’s won two of the last three events and looked good doing it. One has to wonder how much of this is due to teammate Jason Line’s decision to leave the cockpit and focus on tuning and power-building.

Anderson has been a machine thus far, and it's pretty incredible how far ahead of everyone he is right now. His victory in Atlanta was No. 96 of his career, one shy of Warren Johnson’s class record, which he is sure to tie or eclipse this year, and No. 100 might be coming sooner than we thought. 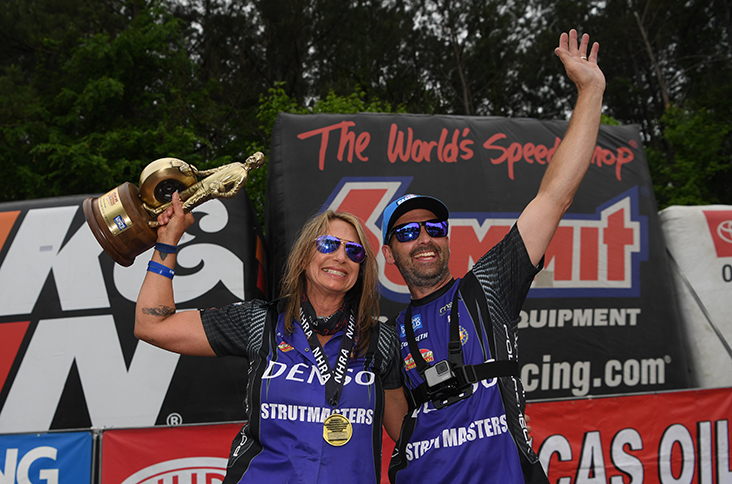 It was very cool to see Scotty Pollacheck — who lost his first six final rounds — win for the second time, and very special to have his rock, wife Susan, there for this one after she had been unable to be in Indy last year for his breakthrough win at the NHRA U.S. Nationals.

Pollacheck has shown that he knows how to utilize all of the power that Matt Smith is giving him, winning in Atlanta from the No. 1 spot, just as he did in Indy. Although he left second against all four opponents in Atlanta (including red-lighting Smith in the final), Pollacheck made up the ground in the remaining 1,319 feet.

If he can dial in his reaction times a little, Pollacheck could be a championship contender.

V&H Buells will be tough 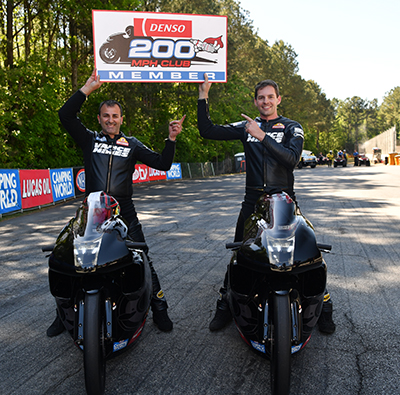 Even though Matt Smith Racing dominated the event with Scotty Pollacheck and Matt Smith facing off in the final, it’s clear the new Vance & Hines Buells are going to make life tough on the MSR stable.

The Vance & Hines Harleys were record-breaking machines and one had to wonder how the new bikes would fare. The team’s class-monopoly days seemed a bit behind them as between Andrew Hines, Eddie Krawiec, and Angelle Sampey, they had just two wins in 2020 (Krawiec in Houston that broke his two-year drought and Sampey at Indy) and Smith had won two of the last three championships.

The new Buells tested well, then quickly carried Hines to his first official 200-mph pass — something he perplexingly could never accomplish on the Harley — in Atlanta, then Krawiec made three of the seven fastest passes in class history, including Nos. 2 and 3, with a trio of 201-mph blasts. His best, a 201.70, was just six-hundredths of a mile per hour slower than the 201.76 best that Smith ran two years ago in Gainesville.

The Vance & Hines bikes didn’t win — it didn’t help that Hines and Krawiec had to run one another run round two — but there seems to be plenty of potential for them to regain the throne.

Josh Hachat contributed to this story