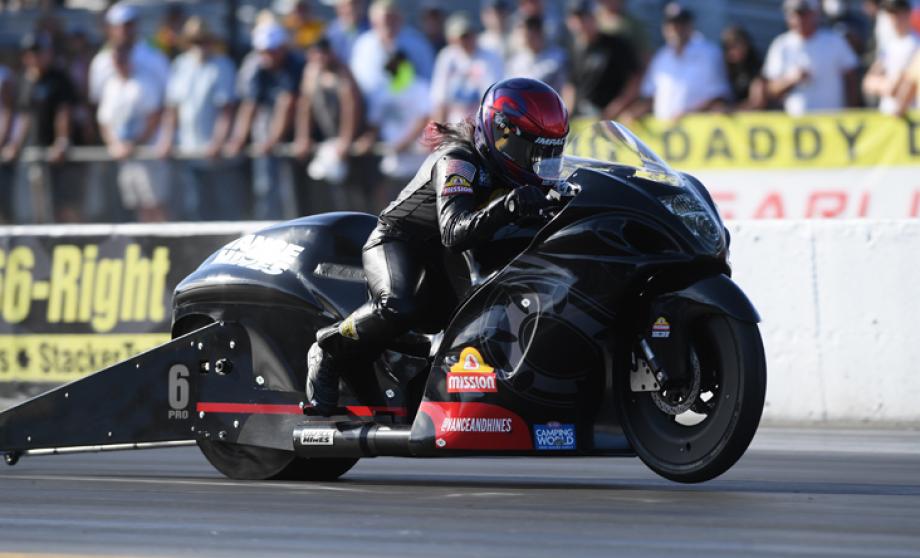 The three-time world champion has since enjoyed massive success at the track, winning four times, making her one of the favorites for this weekend’s Lucas Oil NHRA Southern Nationals at Atlanta Dragway. It marks the 40th and final race at the track and Sampey knows what would be her perfect send-off: a victory on her ’21 Vance & Hines/Mission Foods Suzuki at a track in some ways started it all.

“I remember testing there at the beginning of 1996 when I was first learning to compete and (six-time world champ) Kenny Bernstein was testing that day as well. It was just unreal and I’ll never forget that day,” Sampey said. “That was probably my first real introduction to the sport. I’ve done well there over the years and hopefully, it can continue. It would be very cool to win and it would be awesome to be the final one to stand on stage in Atlanta. But nobody in this class is going to make it easy.”

Heading into the third race of the season, Sampey has had a solid start, recording her first career 200 mph run in Gainesville. Her Vance & Hines teammates, multi-time world champs Hines and Eddie Krawiec will also make their season debuts in Atlanta, adding to a deep and talented field for the race. 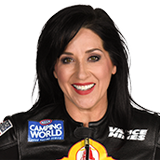 Sampey’s chief concern is continuing to get adjusted to her new bike. There have been plenty of positive signs, but she’s still searching for consistency and still trying to find her comfort level on a bike that has a totally different response and feel than what she rode the last couple of years.

“I’m still trying to learn this new Suzuki,” Sampey said. “It takes a lot of finesse and your shift points have to be precise. From a spectator standpoint, it might look like it’s going well, but as a competitor, there’s so much room for improvement on my end. I have to get the bike going straight down the track and hit my shifts perfectly and I haven’t gotten there yet. We’ve made some good runs in Gainesville and Las Vegas, but we haven’t made those perfect runs yet.”

Four perfect runs in Atlanta would be the perfect capper for Sampey, who has 43 career victories. She joked having Hines and Krawiec back on bikes means two fewer crew chiefs for her and it certainly ups the competition level as well. Ultimately, though, it makes for a more complete Vance & Hines team and Sampey welcomes the benefits of that.

“I enjoyed having them as my crew chiefs and having them by side, but I am happy they are back out racing,” Sampey said. “It takes some pressure off me on the performance side, especially while I’m learning this new bike, but I did enjoy having them back there. I just want to continue to do a better job and hopefully, we can pick up some wins.”