The remembrance Foley and his team put together on their dragster was on display at 300 mph during this weekend’s Mopar Express Lane NHRA Nationals presented by Pennzoil at Maple Grove Raceway, and it’s an anniversary that hits especially close to home for Foley.
11 Sep 2021
Josh Hachat
Feature

On the 20th anniversary of the Sept. 11, 2001 attacks, Doug Foley felt it was important to put together a special tribute on his Top Fuel dragster.

The remembrance his team put together on their dragster is on display at 300 mph during this weekend’s Mopar Express Lane NHRA Nationals presented by Pennzoil at Maple Grove Raceway, and it’s an anniversary that hits especially close to home for Foley.

A New York native, Foley was at a dragstrip in New Jersey on that fateful day, while his parents and brother were in Manhattan. Everyone remained safe, but honoring the thousands who lost their lives and the thousands who offered their help during the tragic events 20 years ago on Sept. 11 remains vitally important to Foley.

“I just said to my people, ‘You know what, you need to leave a spot on the car, I don't care where it is, how it works, (but) there has to be a tribute.’ You really don't want people to forget,” Foley said. “Those police ran into that building and firefighters and how many EMTs ran in there to help those people. We have to take the time to reflect on that and everything they did. Being able to honor everyone at a great facility in front of all these fans is really special.” 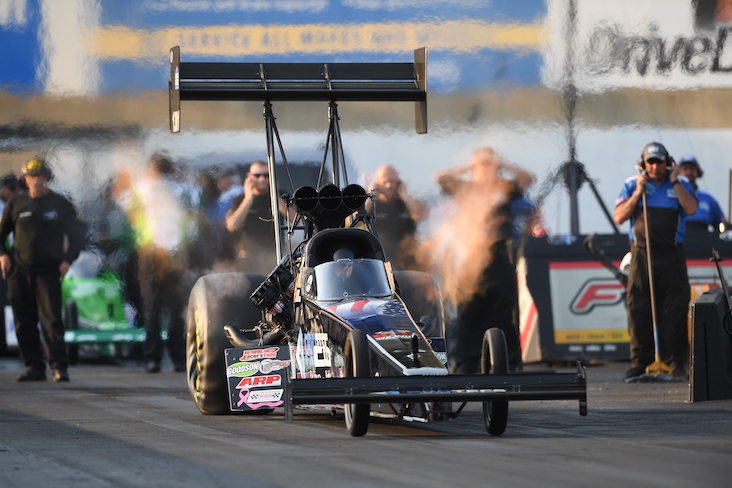 His parents and brother were fine on that day, but with communications down, he didn’t hear from them until two days later. They were miles from the Twin Towers, but the memories of the cars and streets being covered in debris days later remain vivid for Foley.

It’s stuck with Foley and one reason why he wanted to run a tribute on his dragster while he competes in a sport he loves.

“When I met [his parents], we were miles from where that was, and the cars were just covered in filth, the roads covered with filth and dust and everything,” Foley said. “Those service people were just doing so much. In my life, my passion is drag racing and racing in Top Fuel, and people I don’t know even know fought me for so I can do that. It’s those freedoms that make us so lucky and because of that, we get the opportunity 20 years later to be on the starting line at Maple Grove Raceway to start that car up and compete.”

Racing at Maple Grove Raceway has also become special for Foley. While he currently lives in the Charlotte area, New York is still home and Maple Grove Raceway is the closest NHRA track to where he grew up. He went 3.856 at 297.55 during Friday’s qualifying session to sit 12th heading into the final session and Foley is hopeful he can turn in a good performance in front of plenty of family and friends on hand this weekend.

“For us, this is a home race,” Foley said. “This is as close to New York as we get as a sanctioning body, so to us, this is an important race. Our goal this weekend is to work on things that hopefully make us better for next year. We want to focus on what we’re doing right and how we can get better. This is a hot market for us and we want to put together a good performance.”