Twice a year, the stars of the NHRA Camping World Drag Racing Series go four-wide for eliminator glory, making for a wild and sometimes confusing final day of eliminations.

After two days of qualifying at The Strip at Las Vegas Motor Speedway, fields were set for the Denso Spark Plugs NHRA Four-Wide Nationals which will race to its four-wide conclusion today.

Other than running four cars at a time instead of two, the other wrinkle for the four-wide events is that the first two finishers in each “quad” advance to the next round, meaning that a driver could finish second in each of the first two rounds and still reach the final round, where anything can happen. 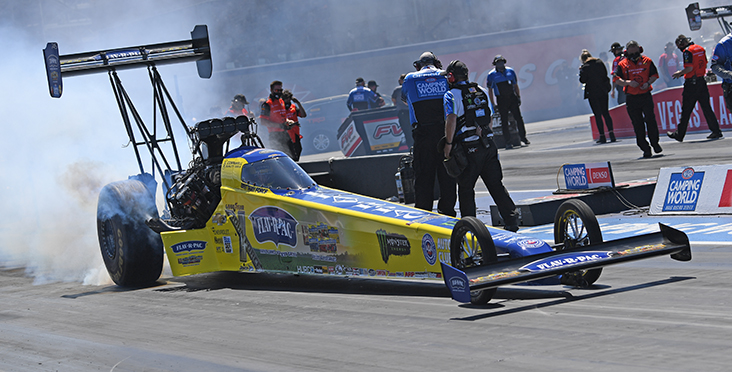 Top Fuel low qualifier Brittany Force won the 2016 Four-Wide Nationals in Charlotte, but she’ll face steep opposition from reigning world champ Steve Torrence, who has won four of the last five four-wides between the two venues. After a tough first run, Force’s Flav-R-Pac dragster charted passes of 3.76 and 3.73 to take the pole from Torrence, who also made a pair of 3.70-second passes during qualifying. 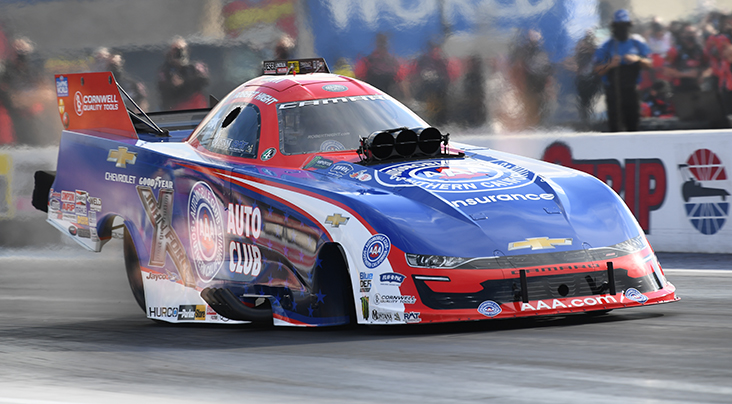 Other than a brief moment in the final qualifying session where Alexis DeJoria momentarily took the top spot, Robert Hight led Funny Car qualifying from start to finish and the driver of the Auto Club Chevy is a two-time four-wide winner. His boss, John Force, who won the inaugural Four-Wide Nationals in 2010, qualified No. 2 behind Hight and just ahead of DeJoria.

Eleven Funny Car drivers qualified in the three-second zone so there will be a lot of close matches among the four first-round quads. 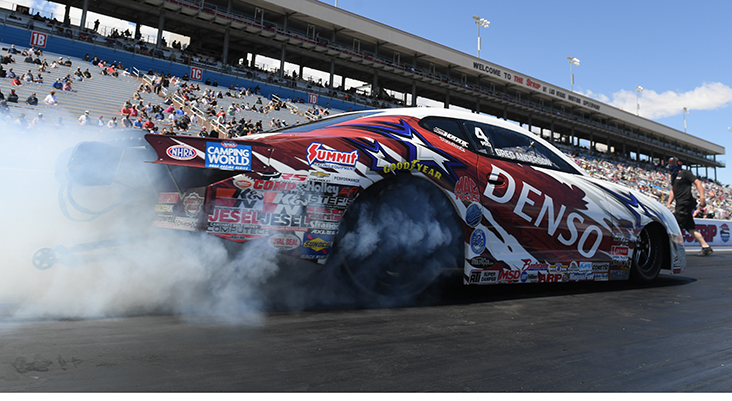 Gatornationals winner Greg Anderson maintained his hot streak by placing his Denso Camaro atop the Pro Stock pack after a steady trio of 6.6-second passes. Anderson is a two-time four-wide winner but hasn’t tasted victory at one since 2012.

Reigning world champ Erica Enders is the most recent active Pro Stock driver to win a four-wide event, back in 2018 in Charlotte, but the four-time class queen will have to recover from a struggle-filled qualifying outing to get another win here. 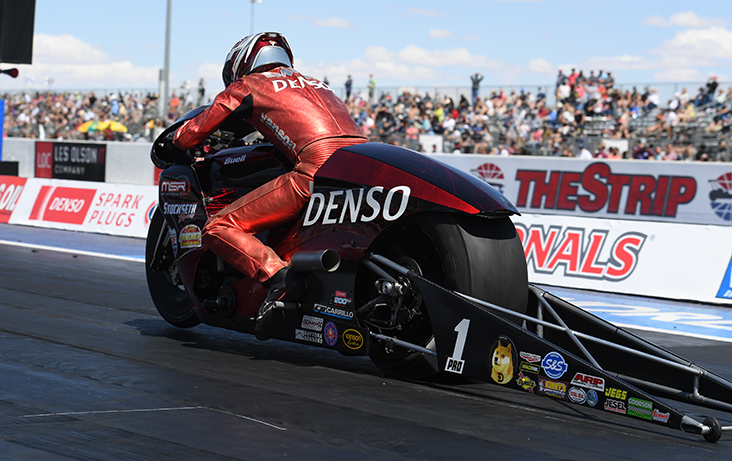 Matt Smith dominated Pro Stock Motorcycle qualifying with a pair of 6.89 passes and, other than his wife, Angie, who won last fall’s two-wide event in Las Vegas, no one else is within four-hundredths of his Denso EBR. Smith, like John Force, also won the inaugural four-wide event in Charlotte in 2010.

Class veteran Steve Johnson has the lone Suzuki in the top four with Matt Smith racing’s Scotty Pollacheck behind him in fourth.

You can catch the action on FOX Sports 1 and NHRA.tv.