Coming off his first victory in more than three years, Cruz Pedregon is headed to one of his favorite tracks in the NHRA Camping World Drag Racing Series feeling as good as he has in a long time.
15 Jul 2021
Posted by NHRA.com staff
Feature

Coming off his first victory in more than three years, Cruz Pedregon is headed to one of his favorite tracks in the NHRA Camping World Drag Racing Series feeling as good as he has in a long time. The two-time Funny Car world champ won the most recent race in Norwalk, giving Pedregon considerable momentum heading into this weekend’s Dodge//SRT Mile-High NHRA Nationals Presented by Pennzoil at Bandimere Speedway.

The track has been a longtime favorite of the veteran, unique challenges and all. Racing at an elevation of more than 5,800 feet forces changes and a level of difficulty not seen anywhere else on the NHRA tour. That’s part of the reason Pedregon, a two-time winner in Denver, loves racing on Thunder Mountain to kick off the NHRA’s famed three-race Western Swing. He also gets to race in front of a passionate crowd, one well aware of the success Pedregon has enjoyed in 2021. 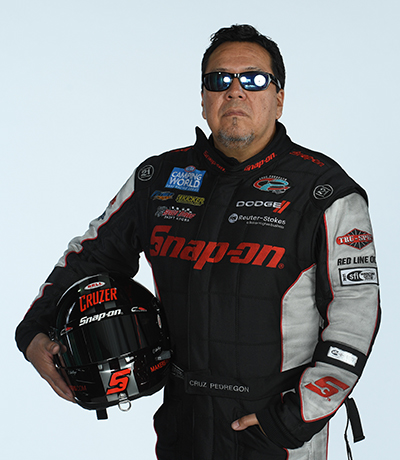 “I’ve always loved racing in Denver, and this is my favorite time of the year,” Pedregon said. “I like the challenge of it, and it’s not a cookie-cutter atmosphere. I really enjoy it, and we have a lot of momentum going. I feel like we’re well-prepped for this race, and we’ve been on such a high after Norwalk. It’s great to be back to Denver after a year away [due to the COVID-19 pandemic], and, hopefully, we can start the Western Swing on a good note in Denver.”

Steve Torrence (Top Fuel), Tommy Johnson Jr. (Funny Car), and Andrew Hines (Pro Stock Motorcycle) were winners of the 2019 event in Denver. This year’s race will be televised on FOX Sports 1, including final eliminations coverage starting at 4 p.m. (ET) on FS1 on Sunday, July 18. It is the eighth race of the 2021 NHRA season, and Pedregon will look to continue his upward ascent at Bandimere Speedway. The victory in Norwalk took him to seventh in points as he’s meshed well with a new team that includes crew chief John Collins.

It was Collins who guided Johnson to the victory in Denver in 2019, and he’ll look to do the same with Pedregon this weekend in his 11,000-hp Snap-on Tools Dodge Charger SRT Hellcat. Though Pedregon is riding high after the victory, he’ll have his work cut out against a loaded Funny Car field that includes points leader Bob Tasca III, defending world champ Matt Hagan, John Force, Robert Hight, J.R. Todd, and Capps. But the veteran feels like his team is coming together at the perfect time this season.

“Everybody has done a great job of working together,” Pedregon said. “I had to change some things with my driving because this car drives a lot different. We’re not all the way up to speed, but we’re close. [Collins] has got a great handle on the car, and we’ve started to come around. We’re all getting a feel for it, and we’ve had a lot of near-misses in Denver over the years. I’ve probably won more rounds in Denver than just about every track, so we all enjoy it there.”

To purchase general-admission or reserved seats, call 800-664-UWIN (8946). Tickets also are available online at www.bandimere.com. Kids 12 and under are free in general-admission areas with a paid adult. To honor the Salute to First Responders, military, and first responders can save 20% on general-admission tickets at the gate.