Pro Mod veteran Chad Green has become a huge thorn in the side of the multicar Funny Car teams and everyone else in the class for that matter, and he's only getting started, and he may even possibly run a full season in 2022.
10 Dec 2021
Josh Hachat
Feature

Chad Green has gradually stepped his toes into the Funny Car ranks more and more each of the past two years. The Pro Mod veteran made his debut in the class in 2020, making a pair of starts during the same season for the first time he won in his Pro Mod career.

That led to more this past season, when Green raced eight times in his Bond-Coat Inc. Ford Mustang, picking up his first round-win and making a series of three-second runs.

Those small steps are about to turn into a big leap for 2022, as Green is set to increase his nitro workload a great deal next year, a sure sign he’s become completely enamored with the thrills of racing a Funny Car.

“We’re going to try to do a lot of races next year, maybe 15-18 of them, maybe all of them,” Green said. “It’s the top level, and that’s where our focus is going to be next year. It’s one of those things that I’ve loved my whole life. My goal was just to race, and I never thought I would be racing a nitro Funny Car, but I’ve always loved the class, and I’ve met some great people.” 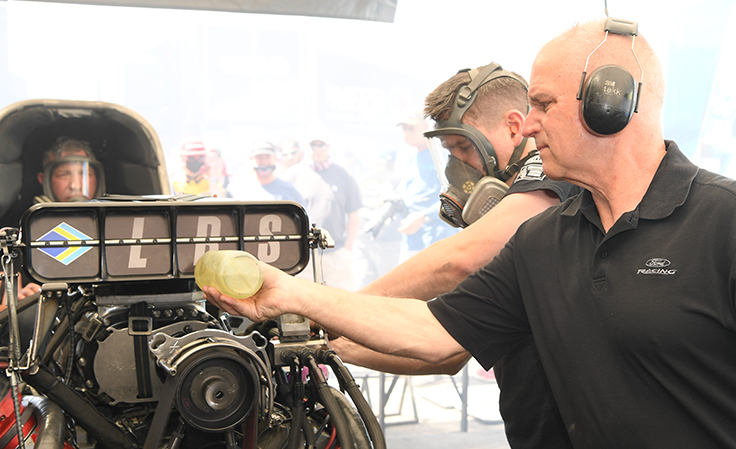 Those great people include Tim Wilkerson, who has been pivotal in Green’s progress in the class. Green got his Funny Car license in Wilkerson’s car in 2017 and has provided tremendous insight and help while racing under Wilkerson’s team umbrella the last two years.

Like his schedule, that’s only going to increase next year as well, as Green is hiring Daniel Wilkerson to be his full-time crew chief and a handful of full-time crew guys that will work out of Wilkerson’s shop.

It’s proven to be a big undertaking this offseason, but a thoroughly exciting one in the process.

“We’re really busy right now. We’re building another chassis, so we’ll have two cars to race, buying parts and getting everything together, but it’s all very exciting,” Green said. “Tim has done so much for me. He’s really taken care of me, and it’s crazy the amount of work he’s done. I couldn’t have done any of this without Tim’s help, and it’s just continued to evolve over the years.”

It’s going to lead to a far more intense Funny Car schedule for Green, but he’s embracing every part of it. He hasn’t ruled out a handful of possible Pro Mod races in 2022, but his top priority is making strides in Funny Car over the course of a full season or close to it. 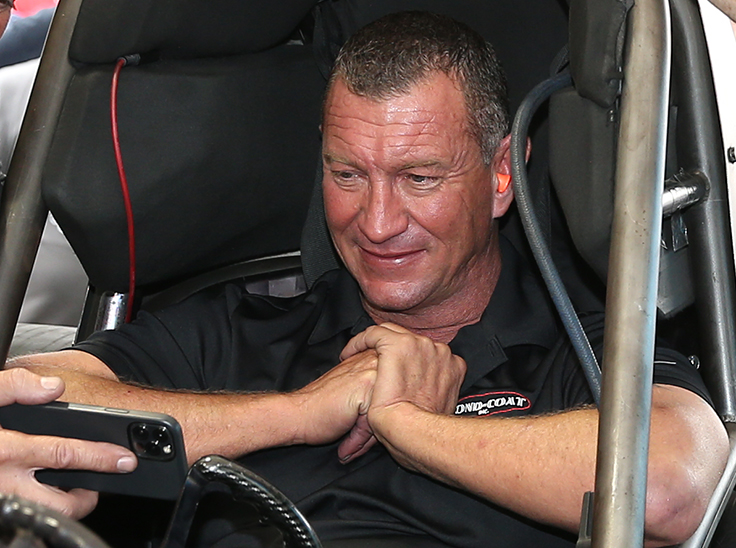 Racing on a part-time schedule, he showed impressive improvement in 2021, qualifying for six of the eight races he attended and knocking off multitime world champ Matt Hagan in the first round at the fall race in Las Vegas for his first round-win. Green had a series of runs in the 3.90s, including a career-best pass of 3.929 at 324.05 at the four-wide event in Las Vegas, but he believes that’s only a preview of what the car will be capable of next year.

“It was a good season, and how we ended the last couple races, I felt really good,” Green said. “It gives me a lot of confidence, so hopefully, we can pick up where we left off and keep that momentum going next year, and just keep getting better.

“I started feeling a lot more comfortable in the car, and we were able to make a lot of good runs. I definitely feel like we can win a bunch of rounds next year, and we’ll see what happens, but my goal is to make it in the Top 10.”