For about a decade, Artie Allen’s weapon of choice in the Top Alcohol dragster ranks was a supercharged-on-methanol combination. Then he switched to running an unblown nitro engine and ran that for more than a decade.

At the end of last season, Allen essentially combined the two combinations when he switched to Top Fuel, driving an 11,000-horsepower supercharged, nitro-burning behemoth in NHRA’s quickest and fastest class.

The Jacksonville, Fla-based speed-shop owner made his debut last September at his homestate Gatornationals and has run two events so far this season. He’s got less than 20 runs under his belts, but he’s got a good teacher in veteran crew chief Aaron Brooks. 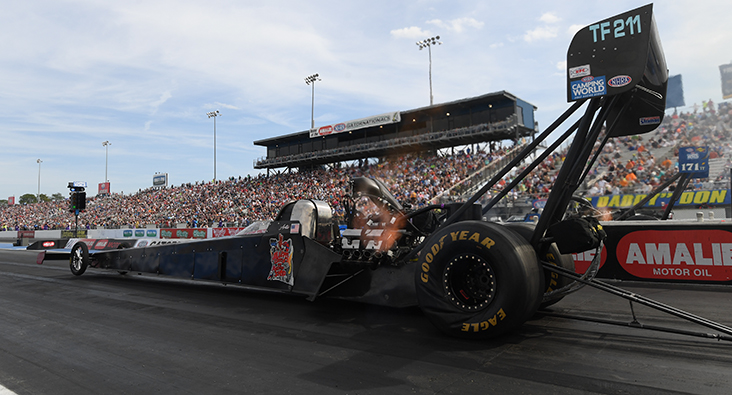 “You couldn’t ask for a better guy than Aaron,” said Allen. “He’s teaching us a lot and I feel like we’re Improving with every run. I’m having fun. I think we’re doing good, but we’re still getting used to it.

“It’s a lot different than the A/Fuel car. When you hit the loud pedal, you notice the difference. It really sets you back in your seat. The best I ever ran in A/Fuel was 270 mph; now we’re doing 286 to half-track.”

Allen, who won the Division 2 Top Alcohol Dragster title in 2008, is fulfilling a lifelong dream of running in Top Fuel.

“In 2002 or ‘03 I did an interview with Bob Frey about a guy with a dream about running Top Fuel one day,” he remembers. “I’ve been planning this my whole life. It took me a while to get here, but I’m here.” 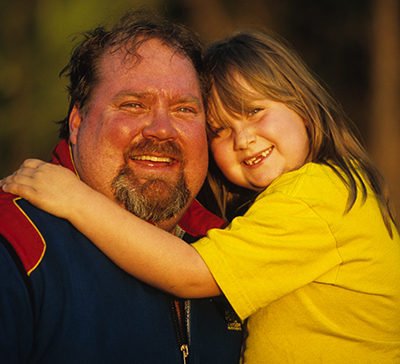 After he won the division champion, Allen took some time off from racing to attend to family matters, which included ballet lessons for his daughter, Sarah (that's them together at right, back in 2006). He bought an offshore fishing boat. But the other hook was already set, and when he returned to racing, Sarah joined him, competing in the NHRA Jr. Drag Racing League. She’s since graduated to Super Comp and will soon be behind one of the three A/Fuel Dragsters that Allen still owns.

In the meantime, Allen is still searching for his first 300-mph pass (he’s gone 299 already) and looking for his first national event win in any class. His nephew, Jake, drove Artie’s A/Fuel dragster to a runner-up at this event in 2015, so he figures that this is as good a place as any,

Allen updated his equipment over the intern acquiring the latest Stage 7 JPE heads and some better blowers. According to Brooks, the biggest thing holding them back is the clutch, which is an outdated five-disc unit, but Allen has his eyes on a new six-disc soon.

Allen will run the Mopar Express Lane NHRA SpringNationals Presented By Pennzoil in Houston next week, then park the car during the summer before returning at the Dodge//SRT NHRA U.S. Nationals for a four-race season schedule that includes stops in Reading, back in Charlotte, and Bristol.

“We’re just having a lot of fun, and we’ve been welcomed by the Top Fuel guys,” he said. “We had breakfast with Torrence’s crew Friday. We hung out with Dom Lagana a few years ago when he was running his own Top Fuel car just to see how it all works and now we’re doing it ourselves. It’s been quite a journey.”