For the first time in NHRA’s 70-year history, the Amalie Motor Oil NHRA Gatornationals will mark the start of a new season, and the racers who have made their way to Gainesville Raceway for the historic event could not be happier.
11 Mar 2021
Posted by NHRA.com staff
Race coverage

The 2020 Amalie Motor Oil NHRA Gatornationals was held just months ago due to the pandemic, but we’re back at Gainesville Raceway for the traditional March date of the East Coast season opener, which now marks the kickoff of the new season. For all the things that have changed in the last year, there are a few that have not, including the performance of NHRA’s reigning Professional world champions. Last season, Steve Torrence, Matt Hagan, Erica Enders, and Matt Smith captured titles in the NHRA Camping World Drag Racing Series. For Torrence and Hagan, it was their third title, and Smith and Enders are now four-time champions in Pro Stock and Pro Stock Motorcycle, respectively. 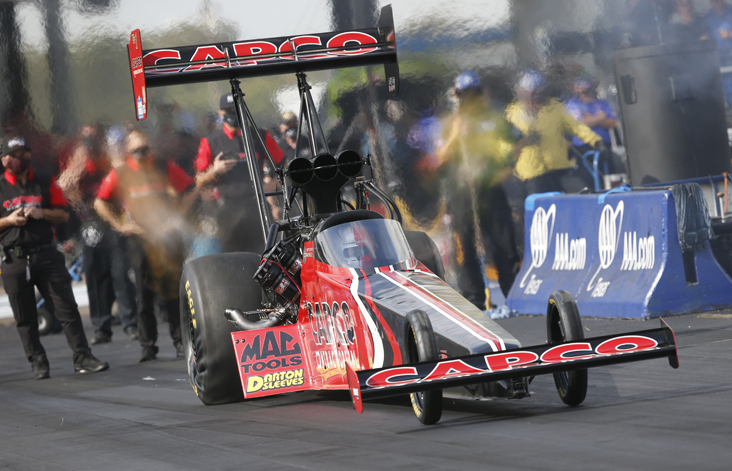 Torrence has not only won the last three NHRA world championships, but he’s also the defending Gatornationals champion. Even though his Richard Hogan-tuned dragster now carries the familiar colors of Capco Contracting rather than the special “Big Daddy” Don Garlits scheme he wore last year, he’s got to be considered the favorite. Torrence’s path to a Gainesville repeat figures to be a tough one with the return of Brittany Force, the resurgence of Antron Brown, and the constant pressure applied by Leah Pruett, Doug Kalitta, Shawn Langdon, and reigning NHRA Rookie of the Year Justin Ashley. 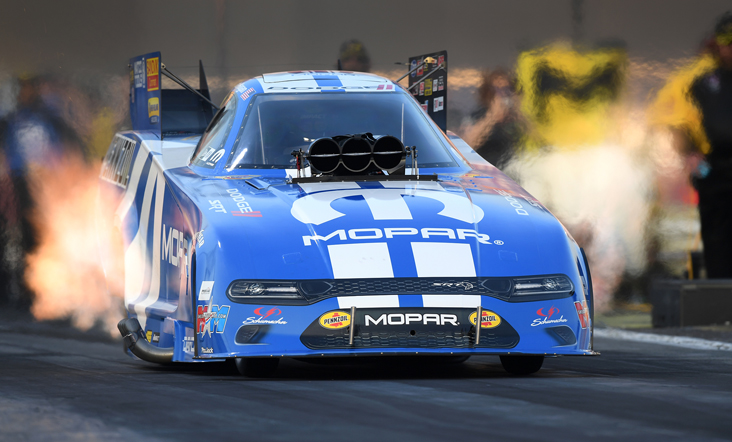 Funny Car champ Hagan has won national events at 16 different NHRA venues, but never in Gainesville. The 35-time national event winner was a runner-up here to then-teammate Jack Beckman in 2018, so he’s obviously eager to add a Gainesville Wally to his collection. The Funny Car class will benefit from the return of teammates John Force and Robert Hight, who made some of the best runs during preseason testing. Defending Gainesville winner Ron Capps also figures to be in the mix along with J.R. Todd, Bob Tasca III, Tim Wilkerson, Alexis DeJoria, Paul Lee, and Cruz Pedregon, who made sweeping changes to his Snap-on Tools team during the offseason. 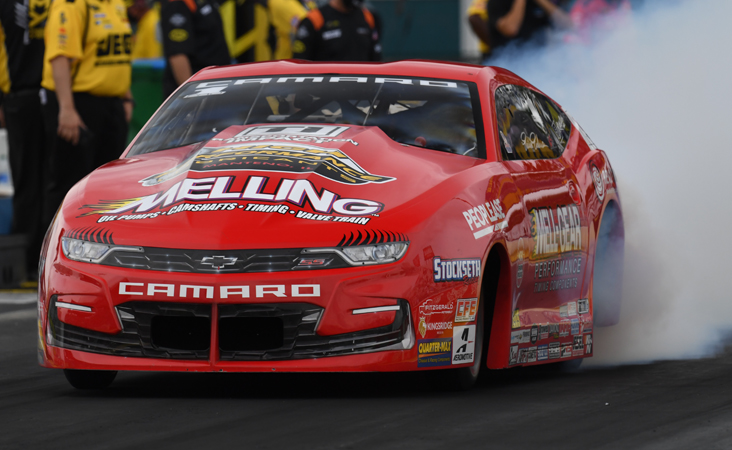 Odd as it may seem, Enders’ sparkling résumé also lacks a win at the Amalie Gatornationals, and much like Hagan, she’d love to address that deficiency this year. The Elite driver is gunning four a fifth Pro Stock title this season, a feat only achieved by Bob Glidden, Warren Johnson, and Jeg Coughlin Jr. After the 2020 season, Coughlin, Jason Line, and Bo Butner all stepped away from the Pro Stock class, but that doesn’t mean it’s going to be any easier to win this year. In their place is a host of talented young newcomers, including Kyle Koretsky, Troy Coughlin Jr., Mason McGaha, and brothers Cristian and Fernando Cuadra Jr. 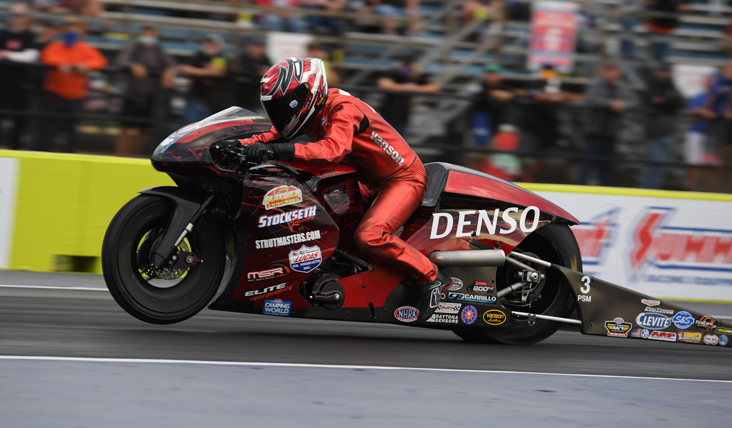 Six months ago, Pro Stock Motorcycle champ Smith checked the Gatornationals off his to-do list, and he got an added bonus when he shared the winner’s circle with his father, Rickie, who won in Pro Mod. For the better part of a year, Smith’s Denso EBR has been arguably the best bike in the Pro Stock Motorcycle class, but that might not be the case much longer. The new four-valve cylinder head for the Suzuki engines has shown great promise, and those running it in Gainesville include three-time world champ Angelle Sampey on her new Mission Foods Hayabusa and Reed Motorsports teammates Cory Reed and Joey Gladstone. Smith's own teammates, including his wife, Angie, and Scotty Pollacheck, also won races last year and should be no less competitive this season.

You can catch the action all weekend on the FOX network, FOX Sports 1, and NHRA.tv.

Need more? Check out some of the links below to get connected to everything NHRA Drag Racing.