As Alexis DeJoria heads to Denver to start her first NHRA Western Swing since 2017, she’s got nothing but positives regarding the solid Funny Car season she’s enjoyed this year.
14 Jul 2021
Josh Hachat
Feature

As Alexis DeJoria heads to Denver to start her first NHRA Western Swing since 2017, she’s got nothing but positives regarding the solid Funny Car season she’s enjoyed this year.

The team has built up a run of steady performances, including a final round and a semifinal showing over the past four races, leaving DeJoria hopeful a win could be coming soon in her 11,000-hp Bandero Premium Tequila/ROKiT Toyota Camry.

She’ll try to win for the first time at Bandimere Speedway, the site of this weekend’s Dodge//SRT Mile-High NHRA Nationals Presented By Pennzoil and remains confident her team is trending in the right direction. 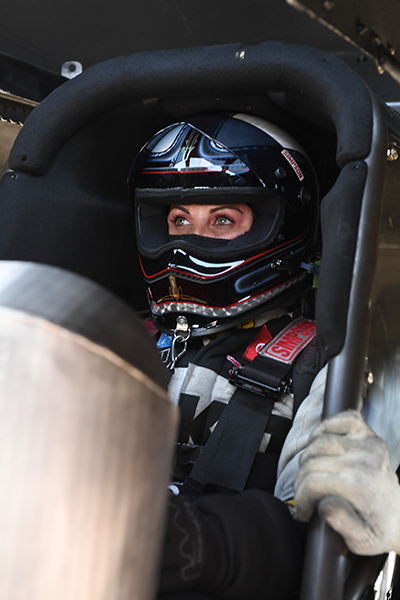 “We’re doing well, and we’ve been very consistent,” said DeJoria, who is eighth in Funny Car points. “We’re just missing that final round and a victory. We’ve got all this great stuff in place, and we’re going to get it soon, I know we will. It’s just a matter of time, but we’re all hungry for a win. This team has been incredible. We’ve got what it takes, and we’re getting close.”

DeJoria has continually raved about the job her team, led by crew chief Del Worsham and co-crew chief Nicky Boninfante, have done this year as the group continues to come together impressively.

After a two-year hiatus, DeJoria showed flashes toward the end of last season, and the team has seemingly picked right back up, qualifying second three times in 2021.

She advanced to the final quad at the four-wide race in Charlotte and earned a trip to the semifinals at the most recent race in Norwalk. DeJoria continues to get more comfortable with each passing race, and these continual improvements are destined to show up in the long run.

In the process, DeJoria and her team are relishing working together and seeing the continuous strides during a season that’s been enjoyable nearly every step of the way.

“Having Del and Nicky together again has been big,” DeJoria said. “Having that whole team together, they love their job, they’re passionate, and everyone does such a great job. 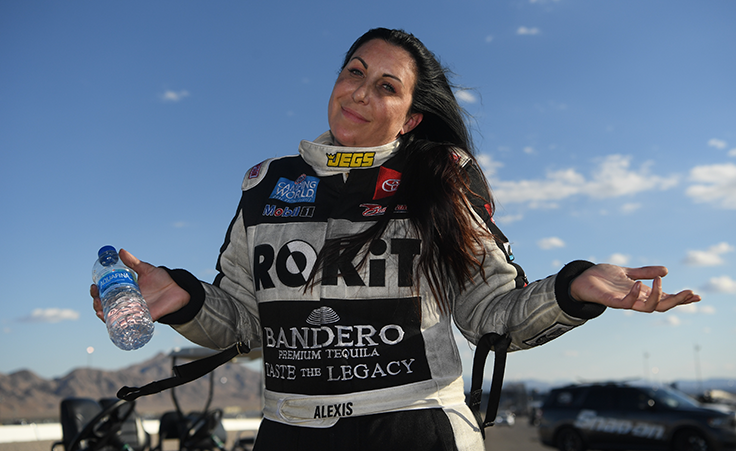 “It’s just a matter of the car being on point and me being on point on reaction time, and having it all come together in one weekend. It’s a team through and through, and when our planets are all aligned, it’s going to be unstoppable.”

Having everything come together this weekend in Denver certainly isn’t out of the question, and DeJoria has high hopes for the next three races, including stops at Sonoma and Pomona.

The two California stops — along with night sessions at all three Western Swing races — are especially pleasing for the Venice, Calif., native, and the team put in extra work to be ready for the rigors of racing in the Denver altitude for the first time in a while. 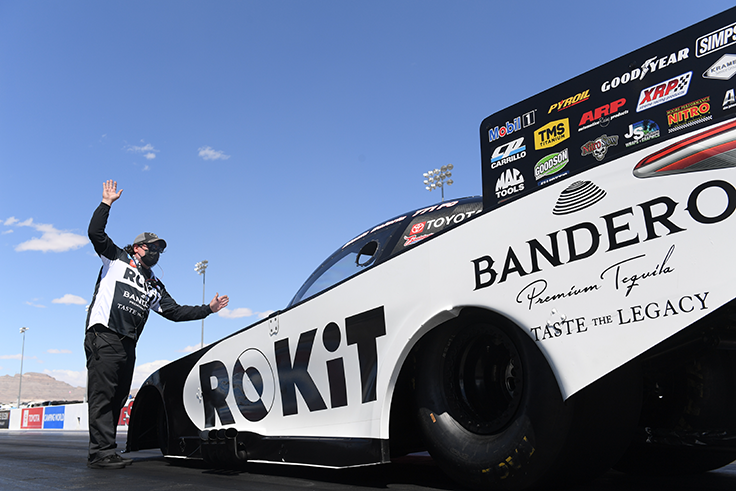 It’s been four years for DeJoria, so the team tested at Bandimere Speedway recently to get reacquainted with one of the most unique stops in the NHRA Camping World Drag Racing Series. DeJoria enjoyed more positive results during the test session, and she’s thrilled to get to work this weekend.

“We ran very well in testing there, so I’m excited,” DeJoria said. “I haven’t raced there in a long time, and we wanted to get a head start. I love going out to that track, and we’re starting [the Western Swing] with a big race.

“It’s going to be so nice to go back to California as well. I didn’t think it would happen this year, so it’s a huge win for the sport to go to Sonoma and Pomona. All those California fans are going to come out in droves.”