After plenty of four-wide success, a win is the only thing missing for Clay Millican

Clay Millican loves four-wide drag racing in part because it takes him back to his bracket racing days. The veteran fan-favorite also loves it because he’s pretty darn good at it. The only thing he hasn’t done at one of the most unique events in motorsports is win a four-wide event.
05 Apr 2021
Josh Hachat
Feature

Clay Millican loves four-wide drag racing in part because it takes him back to his bracket racing days. The veteran fan-favorite also loves it because he’s pretty darn good at it.

Millican has advanced to the final quad on five different occasions, including the last three four-wide races spread over Las Vegas and Charlotte. In fact, about the only thing he hasn’t done at one of the most unique events in motorsports is win a four-wide event, something he hopes to change at the upcoming Denso Spark Plugs NHRA Four-Wide Nationals at The Strip at Las Vegas Motor Speedway, which takes place April 16-18.

There’s extra incentive for Millican being it’s his sponsor’s race, but after coming so close so many different times at the four-wide events, he mostly just wants to finish the job.

“I can’t wait for this race. The four-wide is always fun, and I’ve typically done well,” said Millican, who has appeared in the final quad in Charlotte in 2019, 2018, 2016, and 2015, and Vegas in 2019. “It takes me back to my younger days of bracket racing, and I’ve always enjoyed the extra confusion on the starting line. It takes me back to growing up in bracket racing.

“Plus, it’s cool when one of my sponsors is the sponsor of the race. It would be really meaningful to win this race, and it would make it all that much more special.” 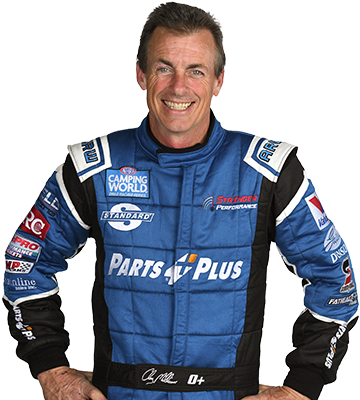 A victory would also mark a rapid ascension for Millican’s team considering it’s full of new personnel. Millican joked his team did a month’s work in the week leading up to Gainesville, but he was impressed with what he saw.

The team fell in the first round to eventual winner Josh Hart, but Millican believes the work ethic he saw leading up to the opener bodes well for the future.

“It was a pretty hectic time leading into Gainesville and a lot of new people in new places, but it’s coming together unbelievably well,” Millican said. “I am excited about what we can do. It feels like it’s an awesome group of people coming together, and I can’t wait to go some rounds with them. They just keep right on working.”

In his spare time, Millican also picked up a new hobby during the pandemic as he’s become a bit of a YouTube personality.

He committed to being active on his page when COVID-19 hit as a way to keep his sponsors in the spotlight when racing was on pause, and it’s turned into a worthwhile experience for Millican. It’s led to interviews on his weekly show — including one that featured NHRA President Glen Cromwell — and several other creative videos that have been a hit with fans.

It’s helped attract new fans to the sport, but don’t expect him to trade in his dragster for a camera anytime soon. He was back in his element in Gainesville, interacting with fans and putting on a show, and Millican is eager to return to Vegas for the first four-wide race in two years.

“Gainesville was such an awesome thing, and I had a blast,” Millican said. “To have that many people there, it was great, and knowing we’ll have more people in Vegas [than last fall], I’m really looking forward to it. We need our fans there.”