Doug Kalitta, Eddie Krawiec, Jeff Taylor, and Edmond Richardson are each sitting on 49 national event wins. Who will be the first to 50 and when will it happen?
29 Nov 2021
Kevin McKenna, NHRA National Dragster Senior Editor
Feature

NHRA recently celebrated it’s 70th anniversary and its 1,000th national event and during that span, just 21 drivers have been fortunate enough, or skilled enough to accumulate 50 wins. The comprehensive list begins with 16-time Funny Car champion John Force, who is currently at 154 wins and counting. The list also includes the all-time winners in Top Fuel with Tony Schumacher at 85 wins as well as Greg Anderson, who took over the Pro Stock lead during the 2021 season at 99 wins. Andrew Hines also makes the list with his class leading total of 56 Pro Stock Motorcycle wins.

Heading into the 2022 season, the question is, who will be next to join the list, and to that end there are four very qualified candidates who are currently parked at 49 wins and all of them appear almost certain to to make it, and likely sooner rather than later. Barring something very unexpected, the next driver to crest the 50 win plateau will be Doug Kalitta, Eddie Krawiec, Jeff Taylor, or Edmond Richardson. 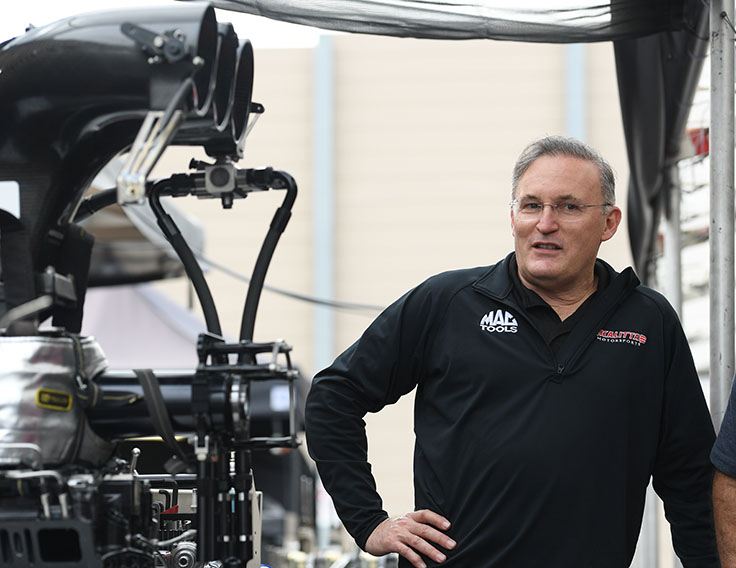 Throughout his career, Doug Kalitta has been one of NHRA’s most dependable racers, but something went horribly awry in 2021 as the perennial championship contender was held winless for the first time since 2012. The 2021 season marked just the fourth time in 24 years that Kalitta has failed to win a single race.

Team owner Connie Kalitta didn’t get to the Hall of Fame by being complacent so there is help on the way in the form of Alan Johnson, who will tune Kalitta’s Mac Tools dragster next season. Johnson’s record of success in Top Fuel is unparalleled and it rarely takes long for his influence to be felt. That bodes well for Kalitta in his quest to not only win his 50th race, but also to win his long-awaited 50th Camping World NHRA Top Fuel title.

It will be shocking if a 50th victory doesn’t happen in 2022, and even though the competition in Top Fuel is as intense as it’s ever been, don’t be surprised if it comes in the first five races of the season. 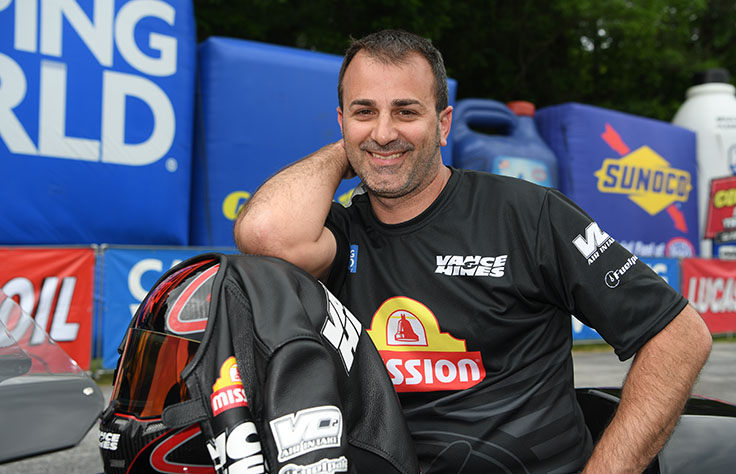 Once he joined the Vance & Hines team in 2008, it took more than a year for Eddie Krawie to collect his first Pro Stock Motorcycle victory but since then, he’d made up for lost time. The four-time world champion enjoyed one of his best seasons in 2017 with seven wins and followed with another impressive four win campaign in 2018. Since then, success has been a bit tougher to come by, especially after the Vance & Hines team ended their long association with the Harley-Davidson brand.

Krawiec won the Houston race in 2020 and last season, he collected his third Indy win to move to 49 victories. Krawiec also went to finals in Denver and Reading last season, and earned six semifinals which shows that he’s very likely and very capable of banking win No. 50 early in the new season, perhaps even the Gainesville season-opener, an event that he’s won six times in his career.

Will Krawiec be the next racer to collect win No. 50? It’s entirely possible, although the Pro Stock Motorcycle category does not race in Pomona or Phoenix, giving Kalitta and (possibly) others a two race head start. 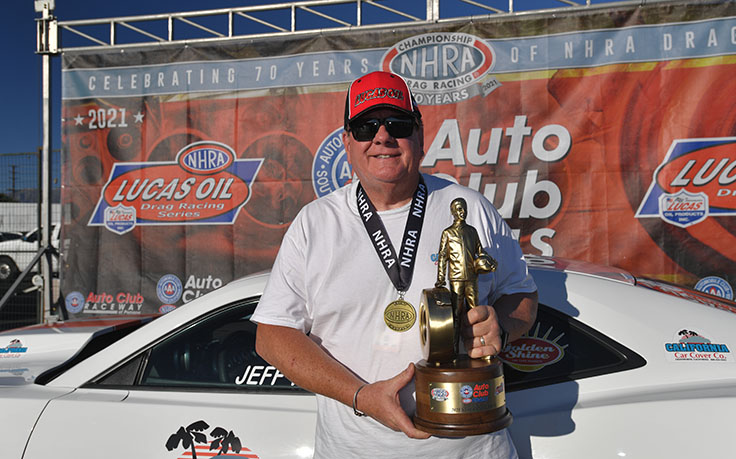 Jeff Taylor’s motivation to win his 50th race is fueled by his late brother, Charlie, the 1981 Super Stock world champion. Charlie was incredibly proud of his younger brother’s success and wanted nothing more than to see him add 50 wins to a resumé that already includes four world championships in Comp, Super Stock (twice), and Stock.

After many years touring the country, Taylor has scaled back his racing as he concentrates on his successful engine building business. He secured win No. 48 at the 2019 Auto Club Finals in Pomona. This year, Taylor took a big step towards his goal by driving Jim DeFrank’s COPO Camaro to another the Auto Club NHRA Finals victory. It marked the eighth time that he’s won the season-ending event in Pomona.

Taylor typically doesn’t race in more than a handful of national events but so close to a milestone, it’s also possible that he expands his schedule 2022. Clearly, Taylor won’t rest until he collects his 50th Wally, most likely sometime next season. 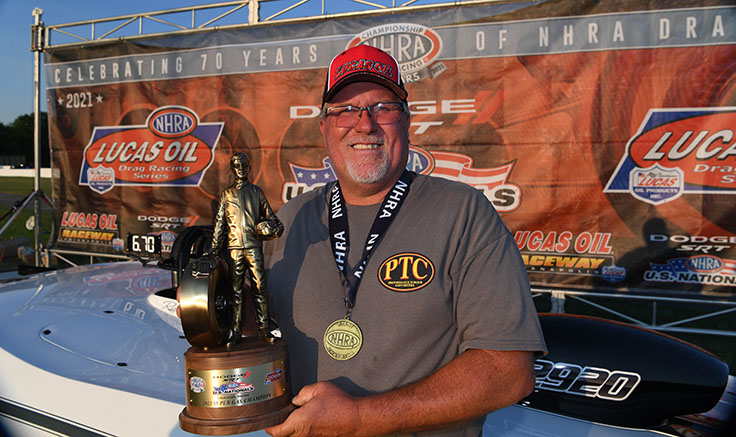 Throughout much of the 1990s and early 2000s, no one won more frequently than Edmond Richardson, who terrorized NHRA Sportsman racing alongside his younger brother, Scotty. Edmond has collected five world championships but his quest for 50 wins seemed like a lost cause as he spent the better part of the last decade away from the NHRA national event scene.

Richardson won his 48th title at the 2014 JEGS SPORTSnationals in Columbus and then took some time to concentrate on his family business, and helping further the careers of his three sons, Austin, Blake, and Ryan. This season, Richardson announced his return in a big way when he debuted a new Corvette in the Super Gas class. After winning the Division 3 Lucas Oil Series event in Bowling Green, Ky., Richardson rolled into Indianapolis and collected his second U.S. Nationals title a week later.

After winning Indy, Richardson announced his intentions to pursue another championship and stressed the importance of claiming his 50th victory. Richardson has won three out of every four final rounds he’s appeared in so his odds of winning early in the 2022 season are extremely high. For what it’s worth, Richardson is also the master of the double, having claimed two wins on five different occasions.