Team boss Turner won the inaugural championship in 2017, and their teammate, Tii Tharpe, won the title back to back in 2018 and ’19, and Andras was almost in a class by himself last season. Combined, the trio has won 26 of 36 NHRA events over the last four seasons.

Andras won the NHRA U.S. Nationals for the second straight season and never was outrun down the quarter-mile; his only round losses in an outstanding 20-2 season were both to Turner in the semifinals, in Phoenix, where he overpowered the track, and at the finale in Las Vegas, where a broken wrist pin forced him to sit out the round. 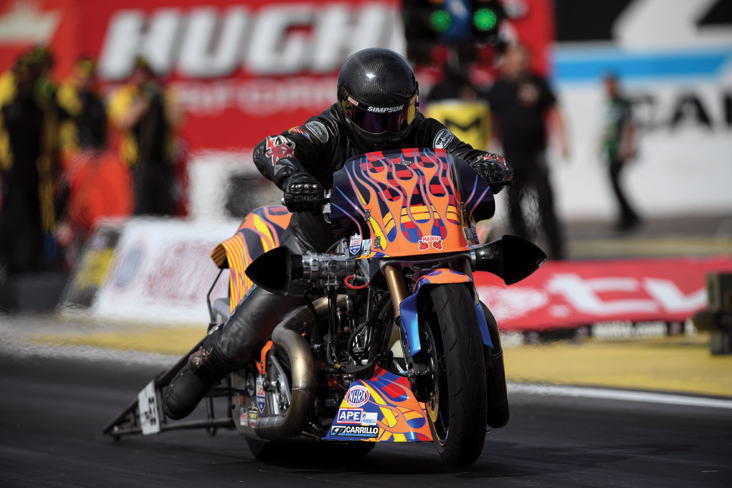 The challengers: As noted, Jay Turner won the two races last year that Andras did not, including the last race of the year, which assured him that he’d earn the No. 2 plate. Turner also scored a trio of runner-ups behind Andras, including at the U.S. Nationals.

Two-time season champ Tharpe has accumulated 10 wins over the last four seasons but, after a three-win 2019 campaign, was conspicuous by his absence in the winner’s circle last year, notching just a pair of runner-ups early in the season, but remains one of Andras’ biggest threats to retake the crown.

The Turner team will also continue to support Ryan Peery out of the JTR trailer, but Peery will be making his own tuning decisions. The team’s rental bike will host a number of riders this year, including Chris Smith and Mike Scott and possibly two new riders. 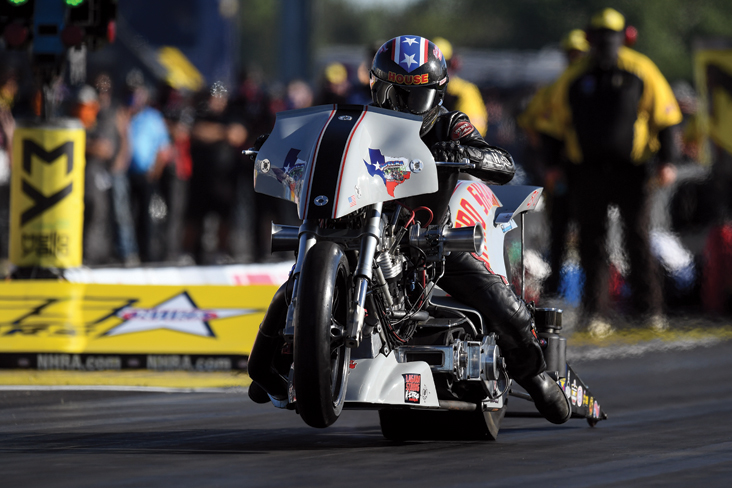 Rickey House continued to build an impressive résumé, if not an extensive collection of Wallys, astride his Nitro Shark (doo-doo-doo-doo-doo) entry. House, who finished second in the standings behind Turner in the class’ 2017 debut season, has never finished worse than fourth and has put together back-to-back third-place finishes the last two seasons. House, a two-time series winner, was runner-up to Turner in his two 2020 victories, making him clearly the best non-Turner rider.

Two-wheeled racing veteran Bob Malloy really shook up the troops last year with an eye-popping 6.09 blast at the U.S. Nationals to become the first Top Fuel Harley rider in the 6.0s. Malloy, Funny Bike winner way back at the 1984 Summernationals, doesn’t have a nitro Harley win yet but has accumulated six runner-ups, including three in 2019.