2021 Factory Stock Showdown preview: Can anyone slow down Aaron Stanfield?

The champ: Aaron Stanfield accomplished many things during the COVID-19-shortened 2020 season, including his first Pro Stock victory and the Division 4 championship in the Top Dragster class, yet his greatest achievement came in Factory Stock, where he dominated the season by winning five of six races. The Factory Stock Showdown season didn’t start until mid-summer at Lucas Oil Raceway at Indianapolis, where Stanfield recorded a semifinal finish in his Janac Bros. COPO Camaro. At the time, he had no way of knowing it would be his only loss of the season. Stanfield returned to Indy to win the NHRA U.S. Nationals and followed with victories in Gainesville, Dallas, Houston, and Las Vegas. He clinched the championship well before the season’s end.

Stanfield succeeded not because he had the fastest car in the class or was the best driver, although a case could be made for both of those things. A lot of his success can be attributed to consistent performances where his 175-mph Camaro rarely made a bad run. Given the level of competition in Factory Stock, and the expected return of some top-level talent that elected to sit out 2020, Stanfield likely won’t win five races this season, but he’s certainly capable of defending his title. It’s often been said that defending a championship is more difficult than winning one, and Stanfield is eager to find out if that’s indeed the case.

The challengers: Few people have done more to help grow the Factory Stock class than David Barton, and he remains one of the class’ leading drivers and engine builders. Last year, Barton went to the final of the last two events in Houston and Las Vegas but came up short in both of them. Despite the two losses, he was able to score enough points to finish second in the standings. 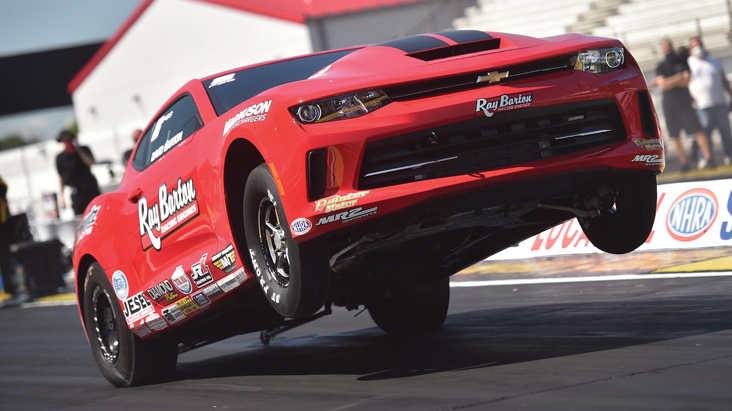 Former Pro Stock driver Mark Pawuk is still looking for his first win in Factory Stock, and based on the performance of his Don Schumacher Racing-prepped Dodge, he’s likely to get it this year. The Dodge teams are scheduled to get new equipment this year, which should help Pawuk, and his teammate Leah Pruett, become even more competitive.

It is entirely possible that the biggest challenge to Stanfield’s title comes from his own team, including David Janac, Arthur Kohn, and Stephen Bell, who each finished in the Top 10 last season. Bell and Kohn have previously won Factory Stock titles, and Janac reached his first final round last year in Gainesville. They all have comparable power to Stanfield, which makes them dangerous opponents to anyone in the class. 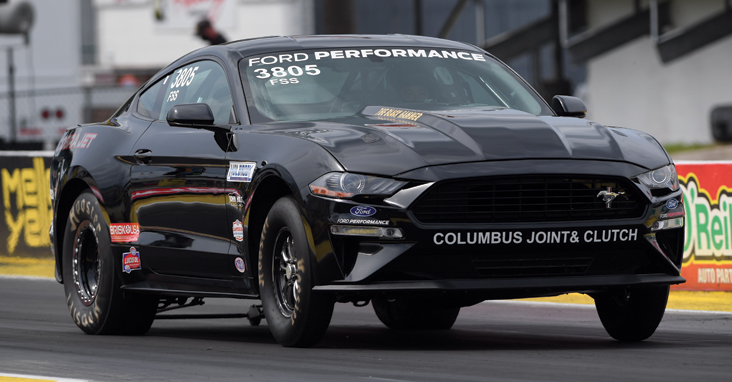 Last year, the Factory Stock class didn’t have much participation from Ford drivers. Bill Skillman and Chris Holbrook were scheduled to race in the rain-delayed final from the first Indy event, but elected not to return for the rain date. That left Kevin Skinner as the lone driver to fly the blue oval banner for the remainder of the season. An offseason rules adjustment should help make the Ford Cobra Jet Mustangs more competitive, so it’s likely that several drivers will return to the class. Chuck Watson and his son, Chuck Jr., have already entered the Gainesville season opener along with fellow Ford racer Gardner Stone.