After the Denso Spark Plugs NHRA U.S. Nationals in September, team owner and father of T.J., Tony Zizzo, was scheduled for brain surgery to remove a longtime tumor. Racing the team’s Rust-Oleum Rocket Top Fuel dragster was put on hold. That is, until last Sunday when Tony told his team, "We're going to St. Louis. I want to go and we're going."

"That's all we had to hear," said T.J. Zizzo, driver of the team's Top Fuel dragster. "When you hear that from your team owner and patriarch and the guy everyone looks up to around here, you go." The team is at the World Wide Technology Raceway for the Mopar Express Lane NHRA Midwest Nationals, where they are preparing to gain points and move up in the standings from their current 11th place. 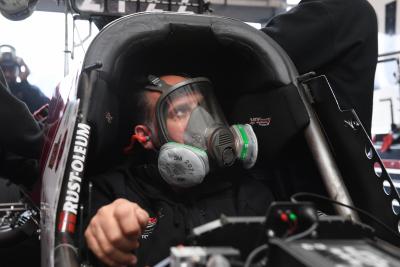 Thankfully, the team reports Tony's tumor is benign. But after completing the rain-delayed Lucas Oil NHRA Summernationals at Indianapolis, and racing at the U.S. Nationals in the same weekend, Zizzo Racing was planning to park its Top Fuel car for the following events.

"We knew after the U.S. Nationals [Tony] was going to have brain surgery," T.J. said. "He had known this for like eight years, but it kept on getting bigger and bigger and bigger and finally his doctors said 'You've got to do something about this, let's find out what's going on.' So it's been a long process. It was a big deal." 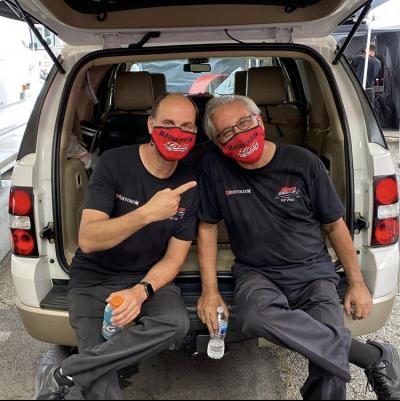 Given everything that has happened over the month of September, Zizzo said this trip is a little more special. "It brings me a smile to go to St. Louis. I've been on pins and needles, obviously, with my dad's situation, but I'm smiling. I'm looking forward to being at a race track, I look forward to going down the road in a semi with my dad, because truly, that's some of the best times I have."

To catch all the action of the 2020 Mopar Express Lane NHRA Midwest Nationals presented by Pennzoil Oct. 2-4 in person you can buy your tickets HERE, livestream all of the racing action like this on NHRA.tv, and be sure to watch the full NHRA on FOX broadcast on FS1.