Chuck Yeager’s name is synonymous with speed, and he and Wally Parks both shared stories of record runs from Muroc Dry Lake.
10 Dec 2020
David Kennedy
Feature

General Chuck Yeager, the first man to fly faster than the speed of sound, died on Dec. 7. He was 97 years old. While not a racecar driver, Yeager’s name is synonymous with speed, and he brought the term “Mach 1” into our vernacular.

The test pilot was portrayed in the 1979 Tom Wolfe book, The Right Stuff , and 1983 movie by the same name. He inspired hot rodders for more than 70 years, and his Twitter account (@GenChuckYeager) was his conduit to the world right up until his death. 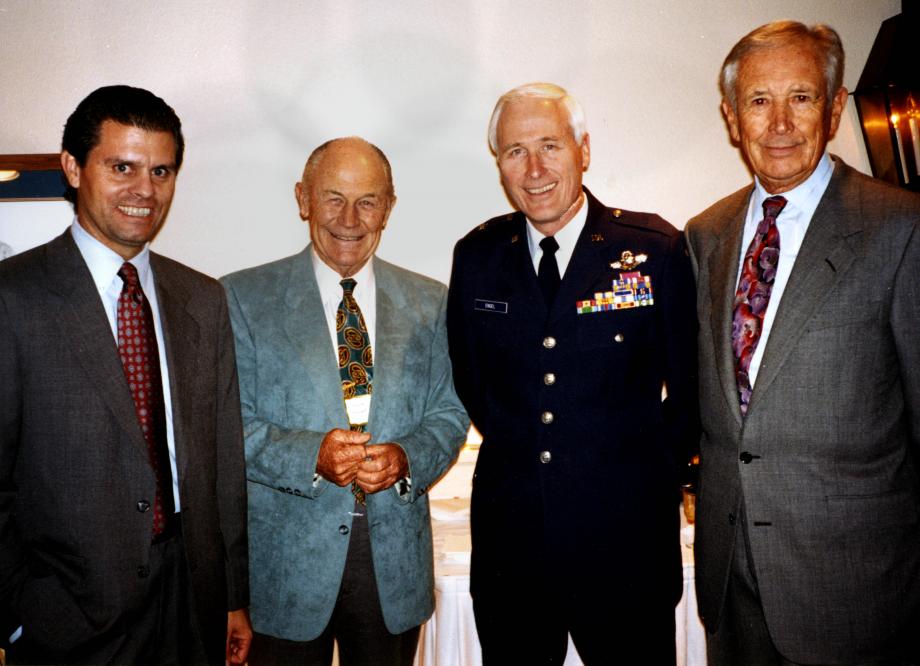 In this undated photo (likely from the ’90s), we see (from left to right) Ed Justice Jr., Yeager, Major Richard Engel (then base commander of the Air Force Test Center at Edwards), and Wally Parks. According to Justice, Parks brought his Muroc competition license to this evening event and made the point in front of a number of aviation legends and test pilots that he ran on the Muroc Dry Lake long before anyone else in the room, including Yeager.

What is Muroc? In many ways, it's the hallowed ground of Southern California speed. Even before World War II, the quest for automotive performance thrived on the lake beds north of Los Angeles. The area was home to the town of Muroc, Calif., named for Ralph and Clifford Corum (Muroc is Corum spelled backwards), where speed hunters came to test the physical limits of man and machine on its vast flat surface. It was Muroc Army Air Field where Yeager's sound-barrier-breaking flight originated, and where he landed after the record-setting run. 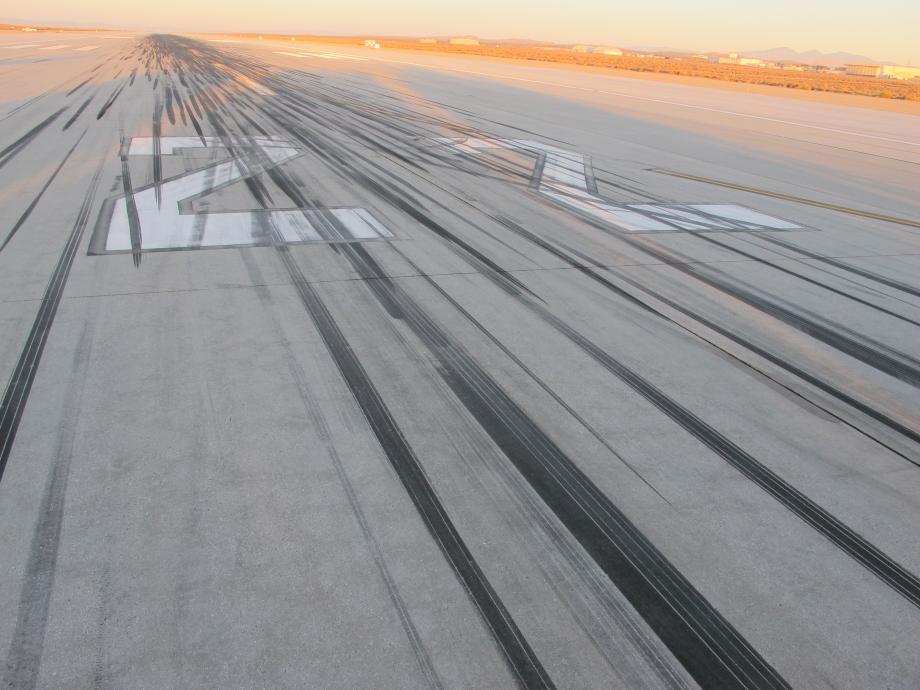 Although cars no longer race on its soil, hot rodding has not left this land; it's just gotten faster and higher in elevation. This permanent shrine to speed, a place that honors all the mile-per-hour milestones man has ever reached, is now known as Edwards Air Force Base.

To see more of Justice’s motorsport photo collection, check out @edjusticejr on Instagram or EdJusticeJr.com.