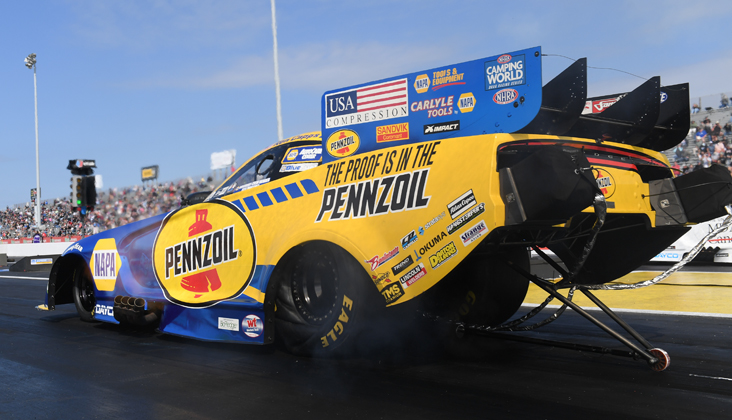 The ongoing points battles in Funny Car and Pro Stock were dramatically impacted by a few surprises during Sunday’s opening round of eliminations. The drama began in Funny Car where low qualifier Jack Beckman smoked the tires and lost to teammate Ron Capps, who qualified on the bump after his NAPA Dodge didn’t get down the track cleanly on either qualifying run on Saturday. Beckman came into the Houston race just four points behind leader Matt Hagan, but that margin has increased after Hagan won his round one race against Dave Richards.

The opening round of Pro Stock was also unkind to the No. 2 ranked driver in Pro Stock after Jason Line lost to Chris McGaha. Line made a competitive run with a 6.552, but dropped the race on a holeshot to McGaha’s 6.590. Incoming leader Erica Enders got a free pass after her opponent, Bruno Massel, red-lighted after an apparent failure of the two-step ignition switch on his Elite Camaro. 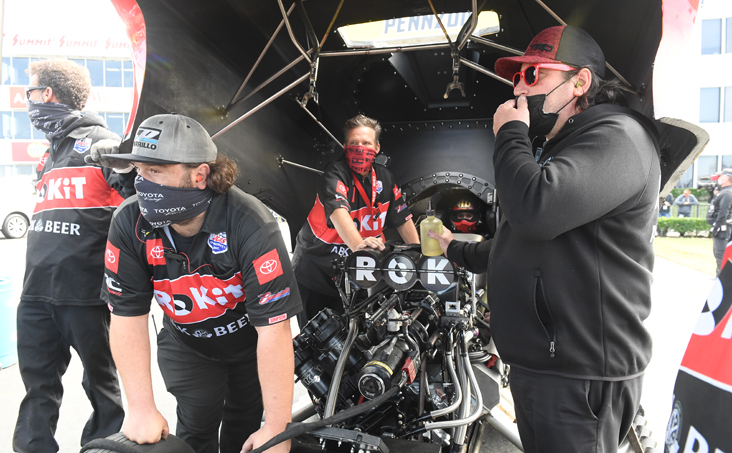 From a body destroying explosion in St. Louis to an inferno in Dallas that cost the team an entire race car, this has been a tough month for Alexis DeJoria and her RoKit/ABK Beer Toyota team but they appear to be turning the corner. DeJoria, along with crew chiefs Del Worsham and Nicky Boninfante, not only qualified for the Houston race with a fifth-best 3.958, but also made the quickest run of the opening round with a 3.874 at over 330-mph in her win against Tim Wilkerson.

DeJoria opened the season with a semifinal finish in Pomona, the first event for her new team. She also went to the semi’s in St. Louis. Her last final came at the 2017 Brainerd race, where she defeated Tommy Johnson Jr. in the final round. 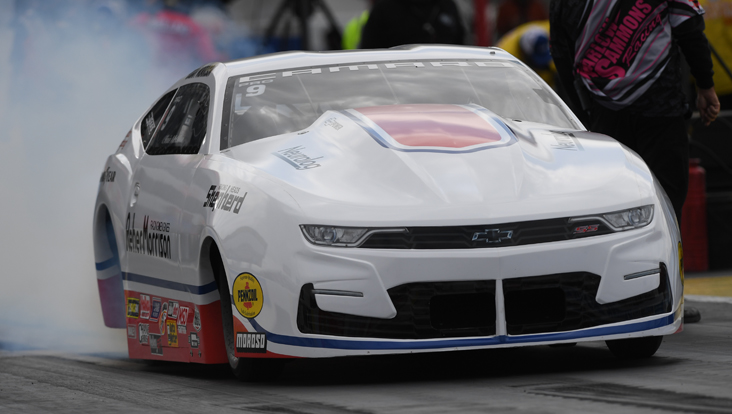 The Reher-Morrison-Shepherd tribute wrap that Chris McGaha ran on his Pro Stock Camaro last week in Dallas was so popular that he kept it on for this week’s Houston race. The late Lee Shepherd was a native Texan, but he never got a chance to compete at Houston Raceway Park, which was built three years after his tragic death in a testing accident. Shepherd did, however, win a lot of races in Houston. Competing in NHRA divisional events at the old Houston Int’l Raceway, Shepherd won three-straight Pro Stock titles 1978-80. He was also a runner-up to Warren Johnson in 1976, his first year in the Pro Stock class. 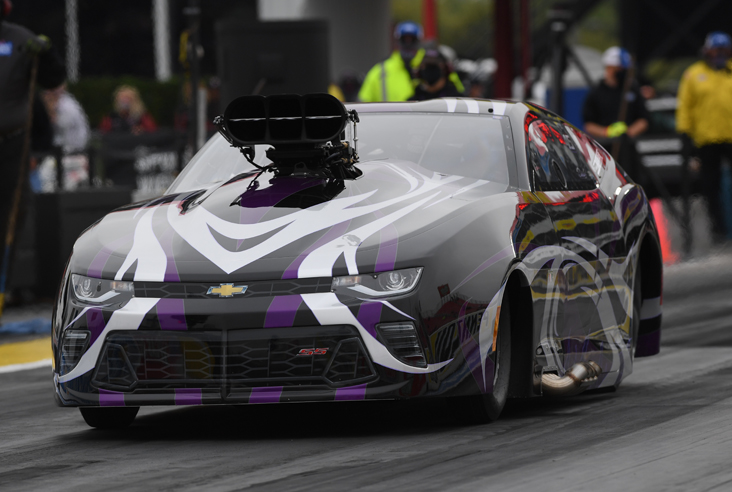 The vast schedule for this week’s Houston event included rain-delayed final rounds from the NHRA Southern Nationals, which were held in Gainesville last month. Championship contender Darian Boesch made a single run to win the title in Top Sportsman presented by Vortch Superchargers while Keith Bennett defeated National Dragster contributor Brenda Grubbs to win in Stock. 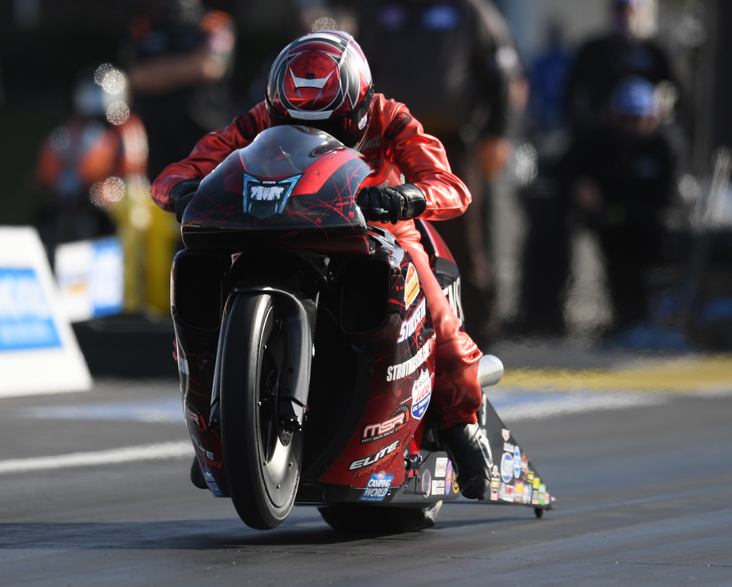 Matt Smith’s monster 6.729-second run to take the top spot in Pro Stock Motorcycle could easily be a contender for run of the year. The run bettered Smith’s previous career best of 6.753 from the 2019 Gainesville event, and it was the third-quickest run in the history of the class behind Andrew Hines’ 6.702, also run last year in Gainesville and a 6.728 from Hines at the 2012 Reading event. For the record, 12 riders have been in the 6.7s including Smith, Hines, Eddie Krawiec, Angelle Sampey, Steve Johnson, Jerry Savoie, Joey Gladstone, Karen Stoffer, Scotty Pollacheck, Angie Smith, and Hector Arana Sr. and Hector Arana Jr. 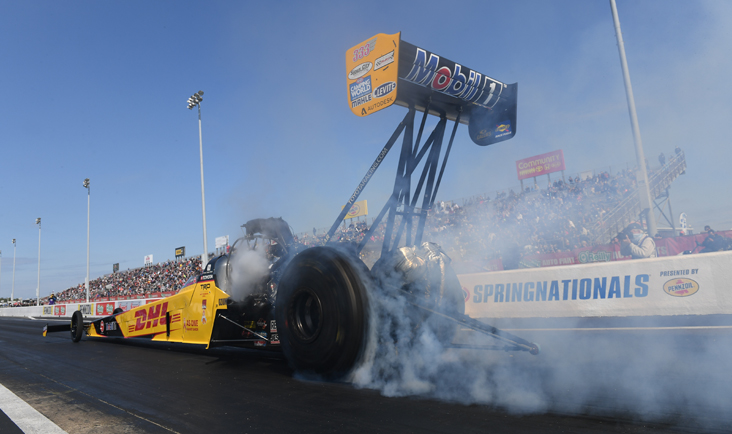 The latest battle between rookie Justin Ashley and DHL driver Shawn Langdon went to Langdon with a solid 3.720 after Ashley’s Strutmasters dragster spun the tires in the middle of the track. Langdon also grabbed a small lead on the starting line with a .031 to .037 advantage in the reaction time department. Langdon and Ashley have now raced six times in 10 races this year with Langdon winning four times.

This isn’t the first time that the NHRA national event in Houston was held in October. In fact, the inaugural event in 1988 was held in the fall with Eddie Hill, Mike Dunn, and Bob Glidden earning the wins in Top Fuel, Funny Car, and Pro Stock, respectively. The following year, the event was moved to March. From 1997 to 2000, Houston Raceway Park also hosted both a spring and a fall national event.