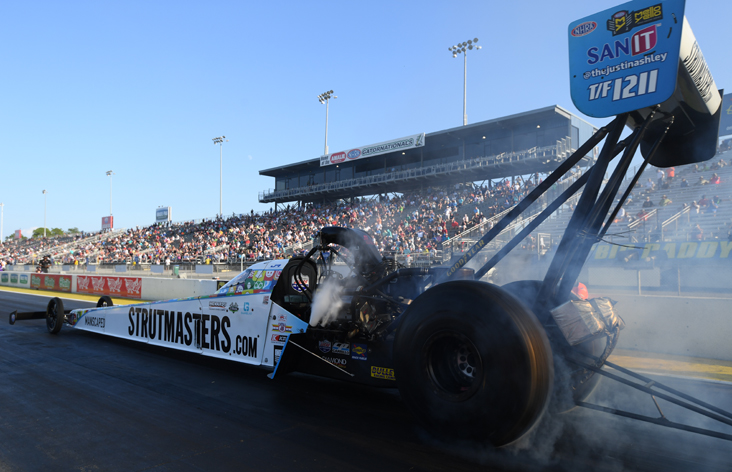 Justin Ashley lost to Shawn Langdon in the opening round of Top Fuel, but his amazing string of quality reaction times continued. In a battle of two of the class’ best leavers, Ashely got off the starting line first, .039 to .053. So far this year, the rookie of the year favorite has made 14 runs in eliminations and his worst light is a .062. 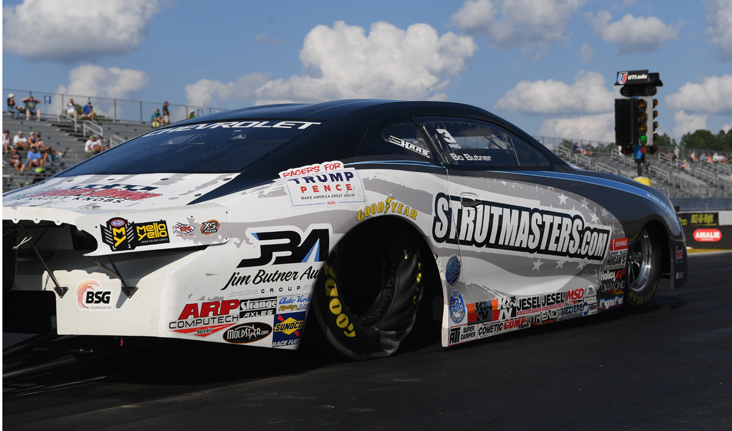 Bo Butner is smart enough to realize he can’t be in two places at once but that won’t prevent him from trying. Butner and his longtime fiancé Randi Lyn Shipp, opted to forgo the opening day of the Amalie Gatornationals on Friday so they could race in the rain-delayed final eliminations from the Division 3 Lucas Oil Series event from Beech Bend Raceway Park, which were moved to World Wide Technology Raceway in St. Louis. Butner raced in Super Gas and Shipp drove her familiar Firebird in Stock. Unfortunately, the clock struck midnight on a potential double. Both drivers were still in final eliminations but had to leave the St. Louis track in order to catch their flight to Gainesville.

“We probably didn’t do the best job of planning but it was fun,” said Butner. “I had a bye run going into the third round in Super Gas but we had to leave the track. There was a flight on Saturday morning that would have gotten me into Gainesville around 11 a.m. but it was routed through Atlanta and I couldn’t risk getting delayed. If there were 15 or 16 Pro Stock cars entered I would have given up the first qualifying run but with 22 cars here, you’re going to need both shots.” 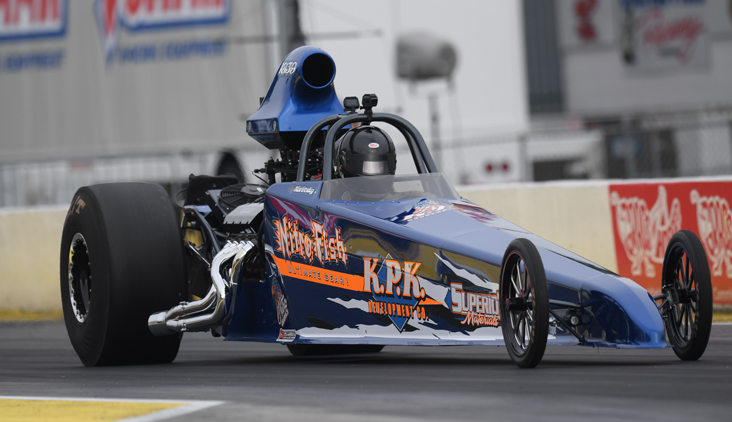 Pro Stock rookie Kyle Koretsky also made a deep run into final eliminaitons in Super Comp with his Nitro Fish dragster. Koretsky, dubbed “Kid Chaos” but his father, Kenny, accomplishment when he put together back-to-back perfect 8.900 runs in the first two rounds of eliminations. Koretsky’s run to a possible victory ended in round three with a red-light start. Prior to making his Pro Stock debut this season, Koretsky was previously a runner-up in Comp Eliminator at the 2014 Charlotte race. 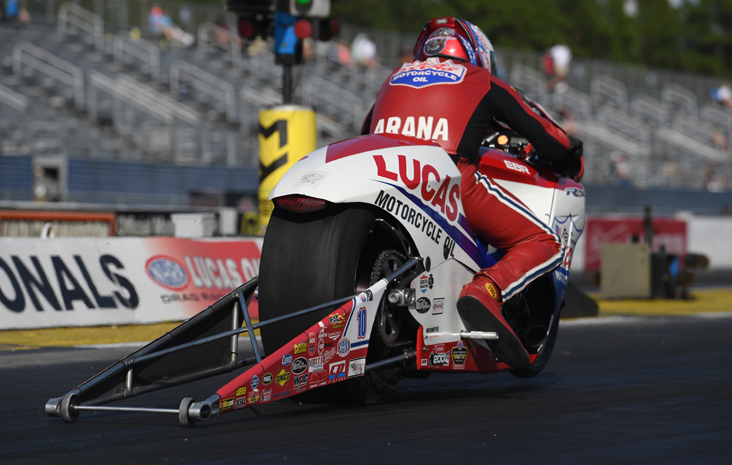 Hector Arana Sr. made his first run of the season in in Pro Stock Motorcycle Gainesville on Friday on his Lucas Oil EBR and qualified solidly for the field with a 13th best 6.942. Arana, who was based in Miami before relocating to Southern Indiana several years ago, qualified for his first Pro Stock Motorcycle race at the 1991 Gatornationals. Coming from the No. 14 spot, he defeated Paul Gast before losing to Tom Wolbers in the quarterfinals. 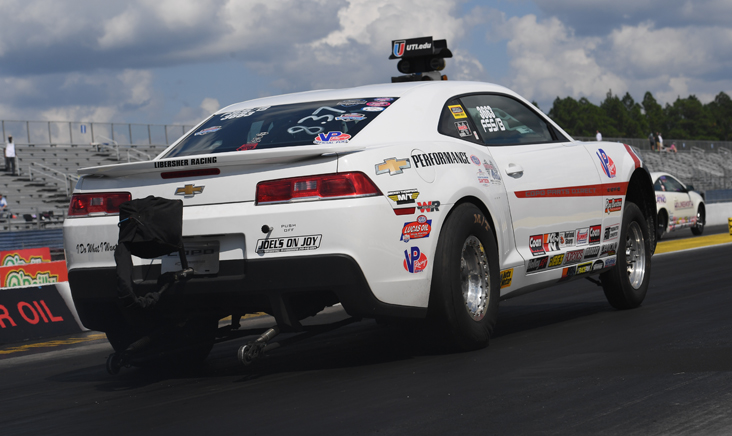 A scheduling conflict that put the Amalie Gatornationals on the same weekend as the NMCA finale at Lucas Oil Raceway at Indianapolis left Factory Stock driver Scott Libersher and his teammate, Daniel Condon, with a tough decision. Condon is currently ranked No. 4 in the SAM Tech.edu Factory Stock Showdown while Libersher is No. 10. Libersher is also in contention for the Holly EFI Factory Supercars title in the NMCA Series while Condon is ranked second in the Coan Super Stock/Stock Combo. Even though they are based in the Joliet, Ill., are, Libersher and Condon ultimately made the decision to go to Gainesville. 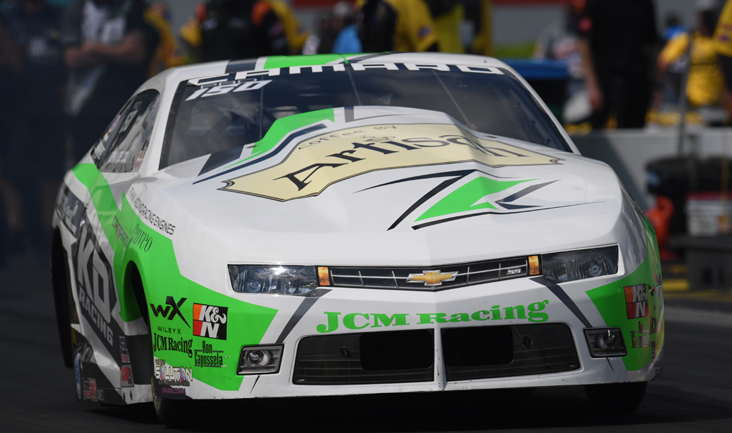 As one of NHRA's oldest and most prestigeous events, the Amalie Motor Oil NHRA Gatornationals annually attracts some of the sport's most beloved icons. That's certainly the case this year, even after a six month delay as Gainesville Top Fuel winners "Big Daddy" Don Garlits, Shirley Muldowney, and Darrell Gwynn are all hanging out at Gainesville Raceway.