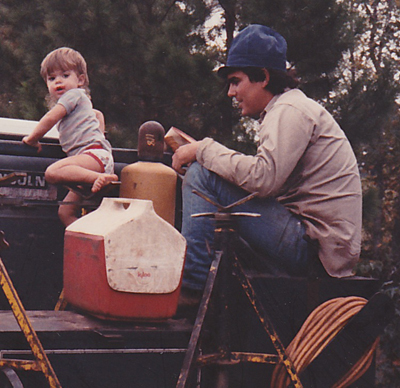 It was the summer of 1980 and Billy Torrence was just a 22-year-old young buck trying to make it in the oil and gas business welding pipe. He scraped together enough money to buy a 1980 Chevy truck – just the cab and chassis – with plans to transform it into a welding truck by adding a homebuilt bed, tool boxes, and welding equipment.

The pipeline company that he would found 15 years later, CAPCO Contractors, wasn’t even a dream yet. Billy and his young bride, Kay, cherished this truck, because at one point in time it was the only thing that they had. They intermittently went between living in the truck and hotel rooms.

The truck is where it all began for the Torrence family and their son, two-time reigning Top Fuel world champ Steve Torrence, so on the occasion of Billy’s 62th birthday and the 25th anniversary of CAPCO, Steve hunted down the original truck and had it completely restored for his father.

“When we say, ‘humble beginnings,’ I mean, my dad and mom came from nothing,” said Steve.  “My dad moved out of the house when he was 16 and my mom pretty much the same thing and everything that they have is because of the Good Lord’s blessings and hard work. They've done it on their own. He started as a welder and transitioned into being the boss on some jobs and then started CAPCO.”

“To me, it's a symbol of where he started and where he's at today and everything that he's been able to accomplish. That welding truck right there is a symbol of the beginning, and seeing how this was his first ever welding truck and this is CAPCO's 25th year, it sounded like a great present.”

Billy had sold the truck in 1990 to one of his co-workers, but it stayed local and eventually ended up in the hands of the buyer’s brother.

“I received a call from family friend Scotty Sieber last October; it wasn’t running, and it was just parked behind the house in a field,” said Steve. “They had cut all the toolboxes off of it and all the mounts for the welding machine but kept the original bed. I had it carried to Jimmy Joe Smith’s house, one of the welders who works for us, and I dug through all the old photos and stuff and we put the bed back to the way that it was originally.”

“I've got a buddy, Gene ‘Geno’ Broussard, that lives down the road from us that that does a lot of restoration projects but I don't know if he's ever done one this in-depth but we dropped it off there so the bed was done. It's a complete frame off/every nut/every bolt restoration from the ground up, including an undercoated frame. One of our neighbors, Dale McElyea, who’s been a friend for 30 years is the guy that primed the bed and undercoated the frame and he did it for free. There’s a lot of guys that pitched in on it. 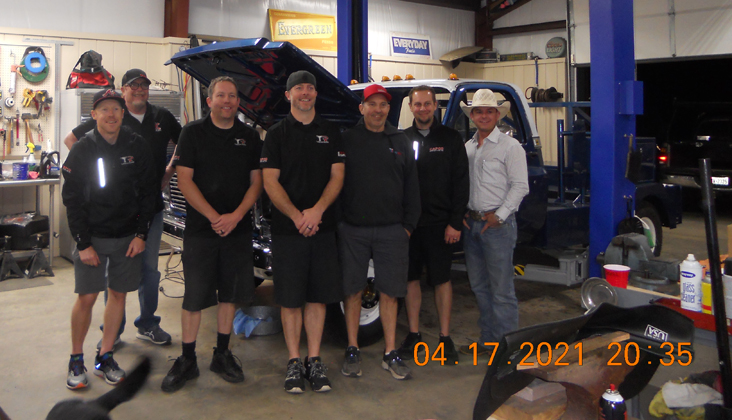 “We got the truck out of the body shop, Humberto's Paint & Body, April 12 and it was it was a just a bare cab with the hood and fenders mounted, so four of the guys from race team -- Justin Crosslin, Kris Martin, Cale Hood, and Mike Giaffino -- came down [from Brownsburg, Ind.] and worked for four days. When they left, everything was wired, plumbed, and the engine fired up and running “ 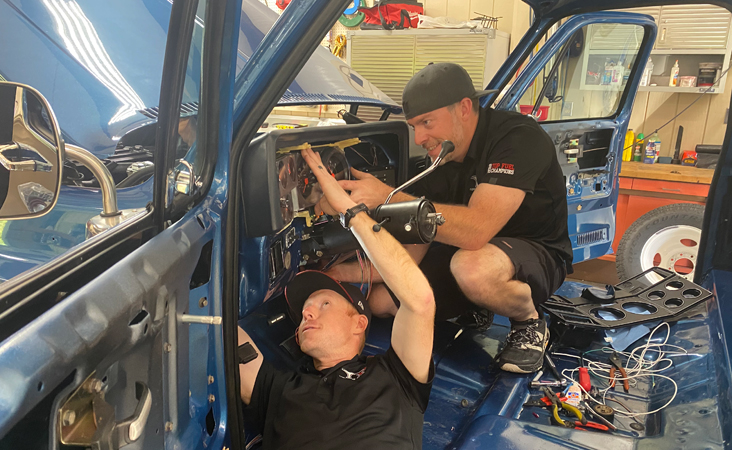 The top-secret project has not been easy to keep from Billy.

“He’s the most observant person you'll ever meet,” said Steve. “He’ll come in and you’ve moved a picture on the wall in the office and he's like, ‘Well, how long have been like that because it wasn’t like that just a minute ago,’ so it's been very difficult to keep this from him.

“We almost had a major hiccup getting the engine. The crank in the original engine was broken so I ordered a GM crate motor from JEGS, but this was right about the time that GM was shutting down and there was no estimated time of delivery. JEGS had to give me a refund but we found an engine in Lubbock, Texas, at Scoggin-Dickey. I told one of my guys to buy it and I didn’t think about telling him otherwise, and he charged it on the company credit card credit card and [the credit card company] called Billy with an early fraud detection warning because, you know, it's out of the norm to buy an engine. Billy told them, ‘I don't know anything about that,’ and he canceled it, so I've gotta call the guy and explain it to him -– fortunately they were racing fans and understood -- and I overnighted him a check and told him not to stop shipment, so when I give the truck to him, I'm gonna tell him, ‘Y’know that motor you canceled? That was for this.’ “

Steve has gathered a bunch of his old welding buddies together for a birthday lunch and will drive up in the truck to surprise his father.

“My dad has done so much for me and I hope that he enjoys it as much as I do,” said Steve. “I'm more excited about this than anything I've ever done for him.”

The truck was presented to Billy Torrence April 28. 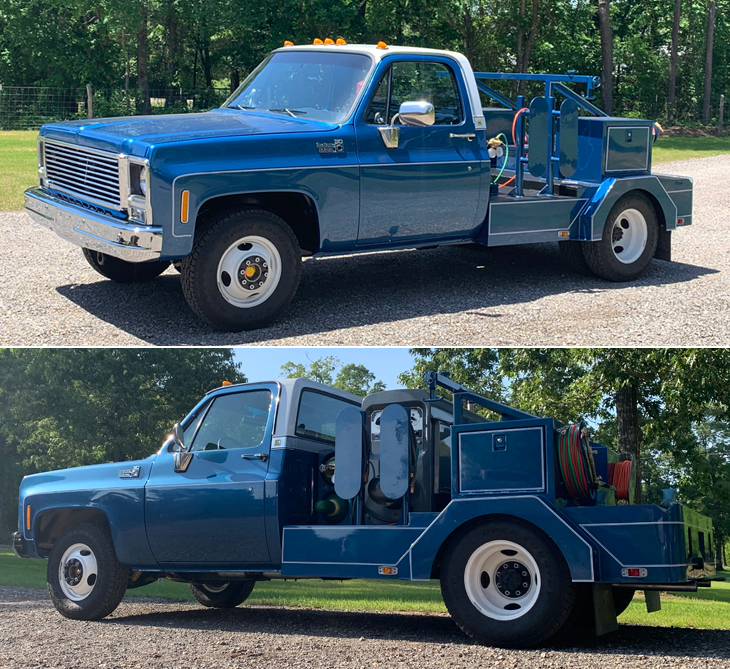