Possibilities and probabilities: Milestones and firsts within reach in 2020

The 2020 NHRA Mello Yello Drag Racing Series season launches in just about a month at the Lucas Oil NHRA Winternationals in Pomona, and there are a lot of milestones and firsts that could be reached this season. Here’s a look at some possible/probable moments to look forward to.
08 Jan 2020
Phil Burgess, NHRA National Dragster Editor
Feature

The 2020 NHRA Mello Yello Drag Racing Series season launches in just about a month at the Lucas Oil NHRA Winternationals in Pomona, and there are a lot of milestones and firsts that could be reached this season. Here’s a look at some possible/probable moments to look forward to.

Mike Salinas and Austin Prock in Top Fuel each earned their first career wins last season and, honestly, both were expected to do so. So who’s going to become the newest first-time winners this season? There are a lot of candidates. 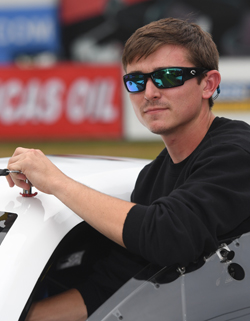 Aaron Stanfield, a standout Sportsman competitor with multiple wins in Super Stock and Top Dragster, has secured a full-season ride with the Elite team, he should jump to the top of the list regarding next first-time pro winners. All eyes also will be on another second-generation Pro Stock driver, Mason McGaha -- son of Indy winner Chris -- when he makes his debut later in the season.

Both Jordan Vandergriff and Scott Palmer reached their first Top Fuel finals in 2019 and Shawn Reed did likewise in 2018, so any one of them would be a likely candidate as could Josh Hart, a two-time Indy winner in Alcohol Dragster who will join BVR teammates Vandergriff and Reed in the class this year, and don’t forget newcomer Justin Ashley, who reached the semifinals in his debut at last year’s fall Charlotte event.

Back to Pro Stock, Fernando Cuadra continues to be a wild card but his Reading and World Finals runner-ups last year showed that he’s capable of getting to the winner’s circle during an “on” weekend, but he also had 15 first-round losses.

After Jianna Salinas’ stunning upset win in Pro Stock Motorcycle at the Auto Club NHRA Finals -– perhaps one of the biggest longshot victories in NHRA history –- it’s probably fair to say that one any given day anyone could be her, but the sentimental favorite in the class will continue to be good guy Scotty Pollacheck, who has six career runner-ups without a win, most recently two years ago in Atlanta but he did reach the semifinals in Las Vegas at 2019’s penultimate event.

Obviously, this is a lot harder pick. After crowning three first-time champs in 2018 (Steve Torrence, J.R. Todd, and Tanner Gray), the 2019 titlists were all repeaters, so who has the best shot at breaking through in 2020? The sentimental money goes down on Top Fuel vet Doug Kalitta, who finished second in 2019, his fifth championship runner-up. The veteran driver, whose 513 career starts are the most in class history finally got halfway off the frustration schneid with his first Indy win would love to close all the gaps in his otherwise sterling resumé. Tommy Johnson Jr. (second in 2016, third in 2018), Tim Wilkerson (second in 2008, 12 straight Top 10 finishes), and Bob Tasca III (fifth in 2019) all have the goods to take a first Funny Car crown. Matt Hartford had a career year in Pro Stock in 2019, sitting as high as second with two races to go as was Karen Stoffer in her bounce-back year in Pro Stock Motorcycle. 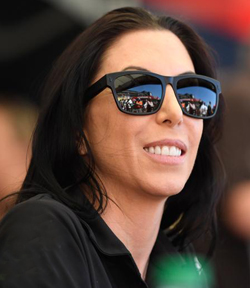 Related to the above, with the return of Alexis DeJoria under the tuning tandem of Del Worsham and Nicky Boninfante who guided Shawn Langdon to two wins in 2019, the possibility again exists to complete the circle of female champions in the Mello Yello classes if she wins her first (no pressure). We’ve had female champions in Top Fuel (Shirley Muldowney and Brittany Force), in Pro Stock (Erica Enders), and Pro Stock Motorcycle (Angelle Sampey), but Funny Car has been the outlier despite potential-filled seasons for sisters Ashley Force (who finished second in 2009) and Courtney Force (third in 2017). When Courtney stepped away from driving last year we thought we might never see this, but DeJoria's unexpected return has sparked the possibility anew. All it takes is a solid regular season and a Countdown hot streak.

Robert Hight in Funny Car and Andrew Hines in Pro Stock Motorcycle became the 19th and 20th drivers to reach the 50-win milestone in 2019 and there are several more within striking distance in 2020. 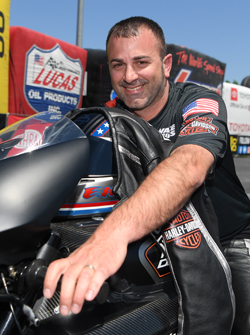 Hines’ teammate, Eddie Krawiec, surprisingly went winless last year and remains stuck on 47. Three wins last season also boosted Top Fuel veteran Doug Kalitta to 47 victories, putting him well within reach of the half-century mark. Steve Torrence is sitting om 40 career wins (36 in Top Fuel, four in Alcohol Dragster) and while 10 wins in a season might seem unattainable by some teams, it’s not the them Capco boys, who had nine scores last year and 11 in 2018.

With two wins in each of the last two seasons, Sportsman ace Jeff Taylor has 48 victories and could easily get to 50 this year. Fellow Sportsman-racing star Edmond Richardson is also at 48 but not as active as he once was and, consequently, remains winless since 2014. After going winless in 2015 and ’16, Alcohol Funny Car veteran Jay Payne has a win in each of the last three seasons to carry him to 46 wins. 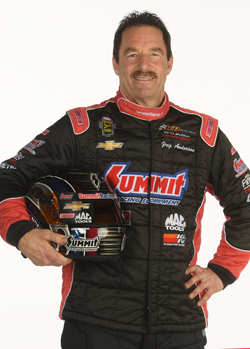 In 2008, Tony Schumacher set the Top Fuel class record for consecutive round wins with 31, and Steve Torrence had chances to match that total twice last year. He entered 2019 with a 24-round win streak and added three more before losing in the final round of the Winternationals to end his streak at 27. Later in the year, Torrence put together a four-event, 22-round streak before a broken crankshaft in the Bristol final ended that run which otherwise might have reached 41 as he won the next three races and reached the semifinals of the fourth before losing again. Torrence’s team is especially tough in the early- to late-middle season when the weather gets hottest. The record for most consecutive round wins regardless of class is 35 by Pro Stock icon Bob Glidden, spanning mid-1978 to mid-1979.

Nine years after Matt Hagan made the first three-second Funny Car run, we may finally see the first all-three-second field. We got tantalizingly close last year at Indy with 15 cars in the threes and Justin Schriefer’s 4.005 in the No. 16 spot, which broke the long-standing bubble record of 4.029 set in 2017.

CLOSING OUT THE DENSO 200-MPH CLUB

This one’s a repeat from 2019, and we’re surprised to even still be talking about it. In 2018, Hector Arana Jr., Eddie Krawiec, and Matt Smith became the first three members of the Denso Spark Plugs 200-mph Club for Pro Stock Motorcycles, and one spot still remains open. Andrew Hines ran 199 mph seven times last season and came within six-hundredths of a mile per hour last year in Gainesville with a 199.94-mph clocking in Q3, followed 13 minutes later by Ryan Oehler, who ran 199.91 mph. In Q4 Hines got close again with a 199.67 clocking and had three other 199 speeds at that event so look for someone to close it out at this year’s Gators in March. Angie Smith also got close last year with a 199.23-mph blast while Karen Stoffer went 199 three times: two 199.20s and a 199.05).

Another 2019 carryover: Hector Arana Jr. slipped from a third-place 2018 finish to sixth in 2019 but remains the best (well, only) son with a chance to join his father as a world champion. Hector Jr. has finished third three times and was second in 2011, but if he could win the championship this year it would mark the first time that a father and son won Mello Yello championships; Hector Sr. won the crown in 2009. We’ve had a few close calls –- Warren Johnson won six Pro Stock championships and son Kurt finished second four times –- and, of course, John and Brittany Force became the first father-daughter combo when she won the Top Fuel crown in 2017, but no fathers and sons yet outside of Matt Smith (Pro Stock Motorcycle) and Rickie Smith (Pro Mod).

FLETCHER COULD MOVE TO SECOND ALL-TIME

We pushed all of our chips in last year betting that either Dan Fletcher (104 wins) or David Rampy (100 wins) would tie or pass Frank Manzo’s 105 career wins to take over second place behind John Force on NHRA’s all-time wins list but, in what surely is the equivalent of a 100-year flood, both were shut out of the winner’s circle, Fletcher for the first time since 1993 and Rampy for only the second time since 1993. Fletcher will be back more determined than ever and will probably get at least one; Rampy, who retired from full-time competition at the end of last year, hasn’t ruled out a race here and there, but he won’t get the volume he needs.

To purchase general admission or reserved seats for the season-opening Lucas Oil NHRA Winternationals, call 800-884-NHRA (6472). Tickets also are available online at www.NHRA.com/tickets. Kids 12 and under are free in general admission areas with a paid adult. To honor the Salute to First Responders, military and first responders can save 20 percent on general admission tickets at the gate.