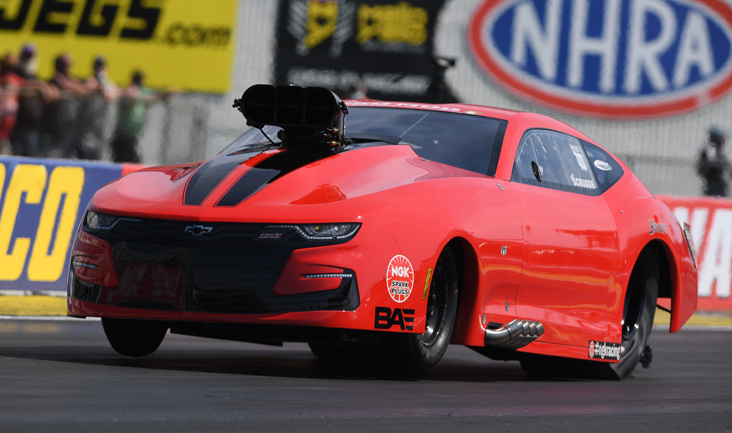 When Pro Mod racers Chad Green and Jason Scruggs squared off in the second round of qualifying on Saturday, it gave Indy fans a chance to see a preview of the upcoming final round from the rain delayed Lucas Oil NHRA Summernationals. The real final round will be contested next month at the Denso U.S. Nationals. It didn’t count for much more than bragging rights, but Scruggs and his supercharged Camaro were able to prevail with a 5.74 versus a 5.79 for Green’s nitrous-boosted Bond Coat Camaro.

Scruggs landed in the No. 2 spot after qualifying and Green is the No. 5 qualifier which means they could potentially race in the final round of today’s Dodge NHRA Indy Nationals presented by Pennzoil. 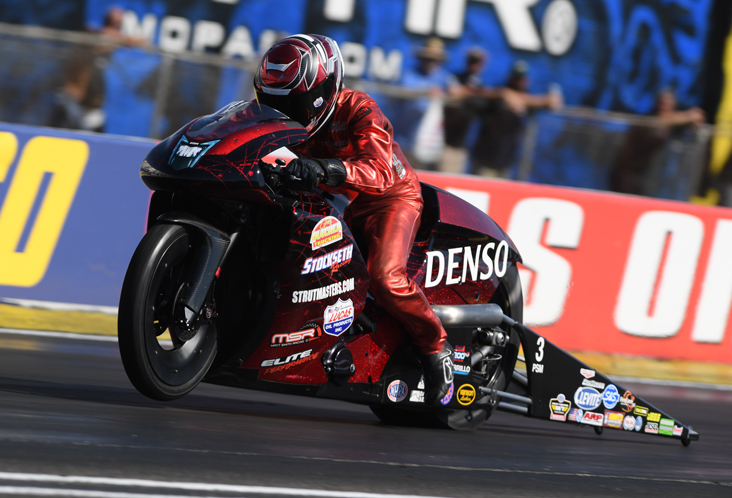 Ryan Oehler and Angie Smith came into the latest Indy event with a chance to bump their way into the field, and both riders did their part by qualifying third and sixth respectively, but it wasn’t enough to bump Arana Jr. from the show. 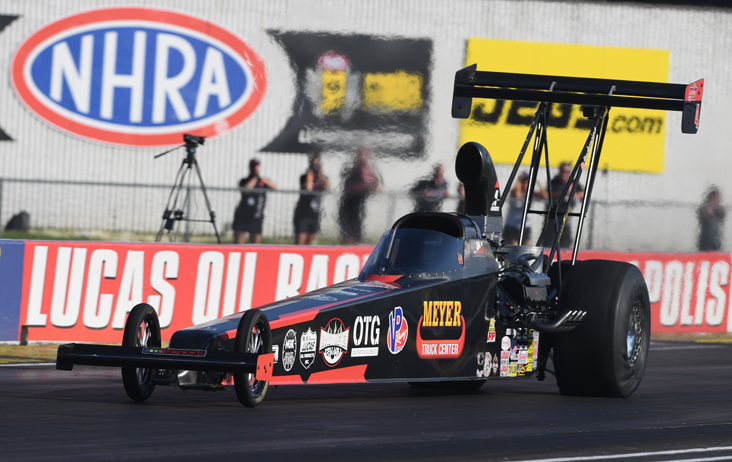 The North Central Division Summer Spectacle, the Lucas Oil Drag Racing series event being held in conjunction with the Dodge NHRA Indy Nationals, featured several hundred of NHRA’s best sportsman racers. Qualifying for the alcohol classes proved to be one of the highlights of the event. In Top Alcohol Dragster, 13 cars took aim at one of the eight available qualifying spots and Rachel Meyer topped the quick field with a 5.175 at over 285-mph. The bump was a very respectable 5.741. The Top Alcohol Funny Car field included 10 drivers and was topped by two-time class champion Jonnie Lindberg with a 5.469. Tony Bogolo anchored the field with a 5.712. 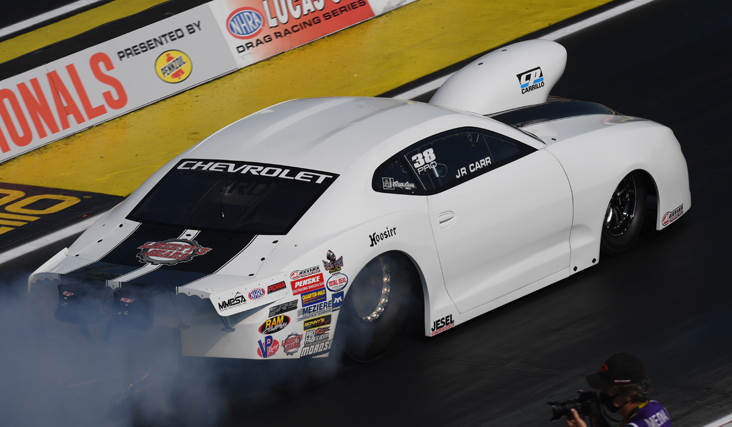 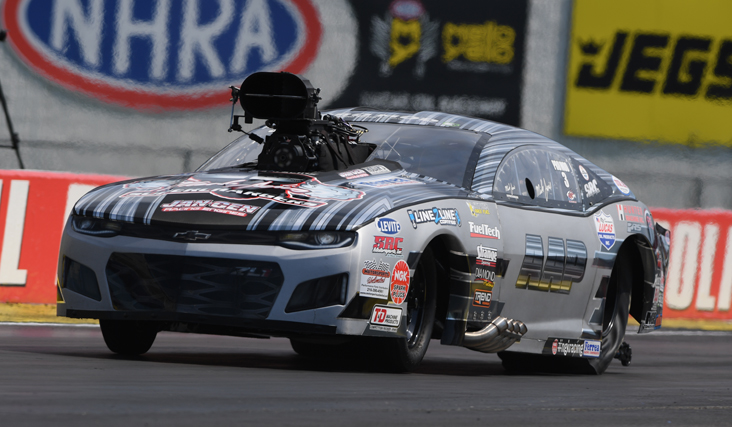 Former E3 Spark Plugs Pro Mod champ Mike Janis had what he called “a little incident” during Saturday’s final qualifying session when the wind caught a crack in the carbon fiber body panel on the rear of his AAP Camaro. The entire quarter-panel from the wheel well to the trunk area was ripped from the car. At that point, Janis had just two options to continue; either repair the damage or go to a back-up car. He elected the former and his Jan-Cen crew, with the help of Clay Millican crew member Nick Hines, spent the better part of Saturday night repairing the damage. Janis returned in time to race Jeff Jones in round one.