Once upon a time, every burger served at a famous Southern California dragstrip was cooked the In-N-Out Burger way
24 Apr 2020
Posted by NHRA.com staff
Feature 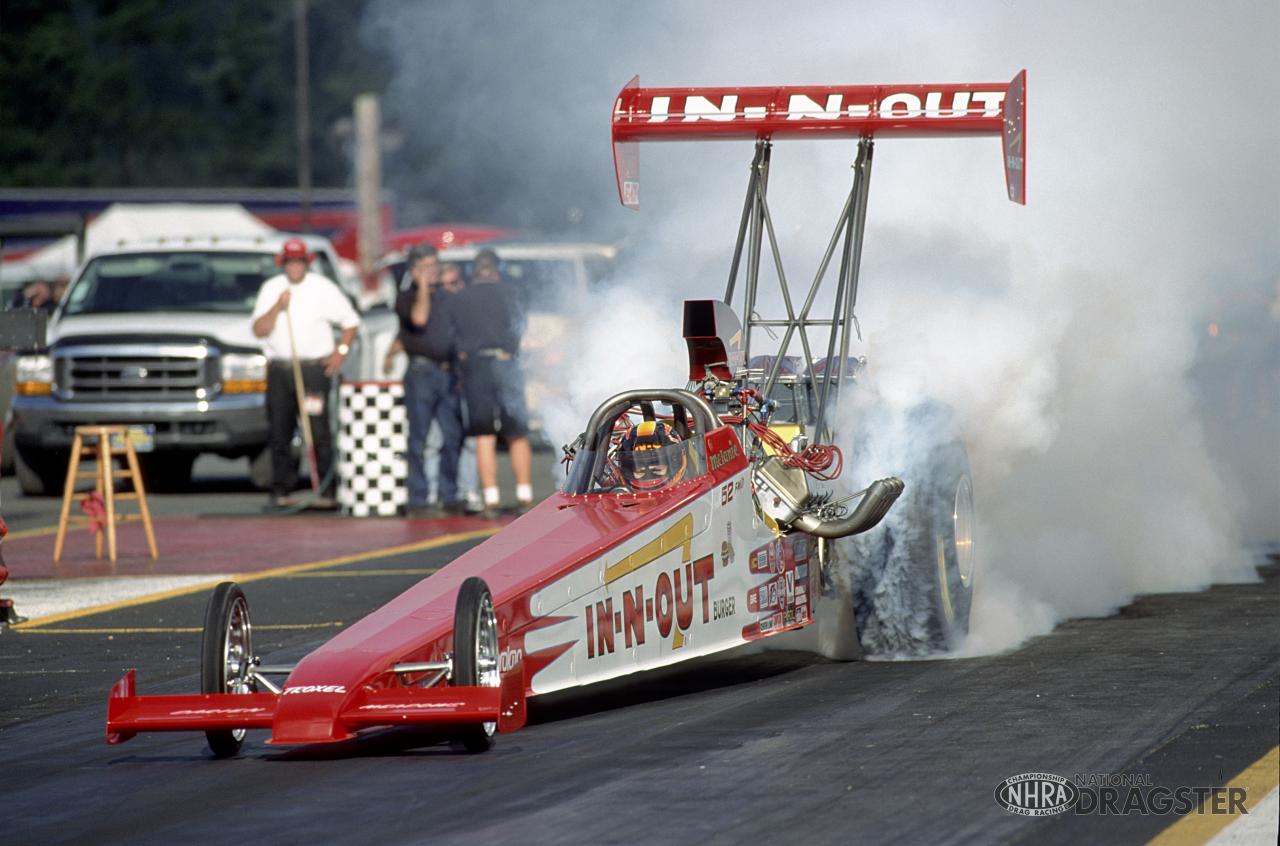 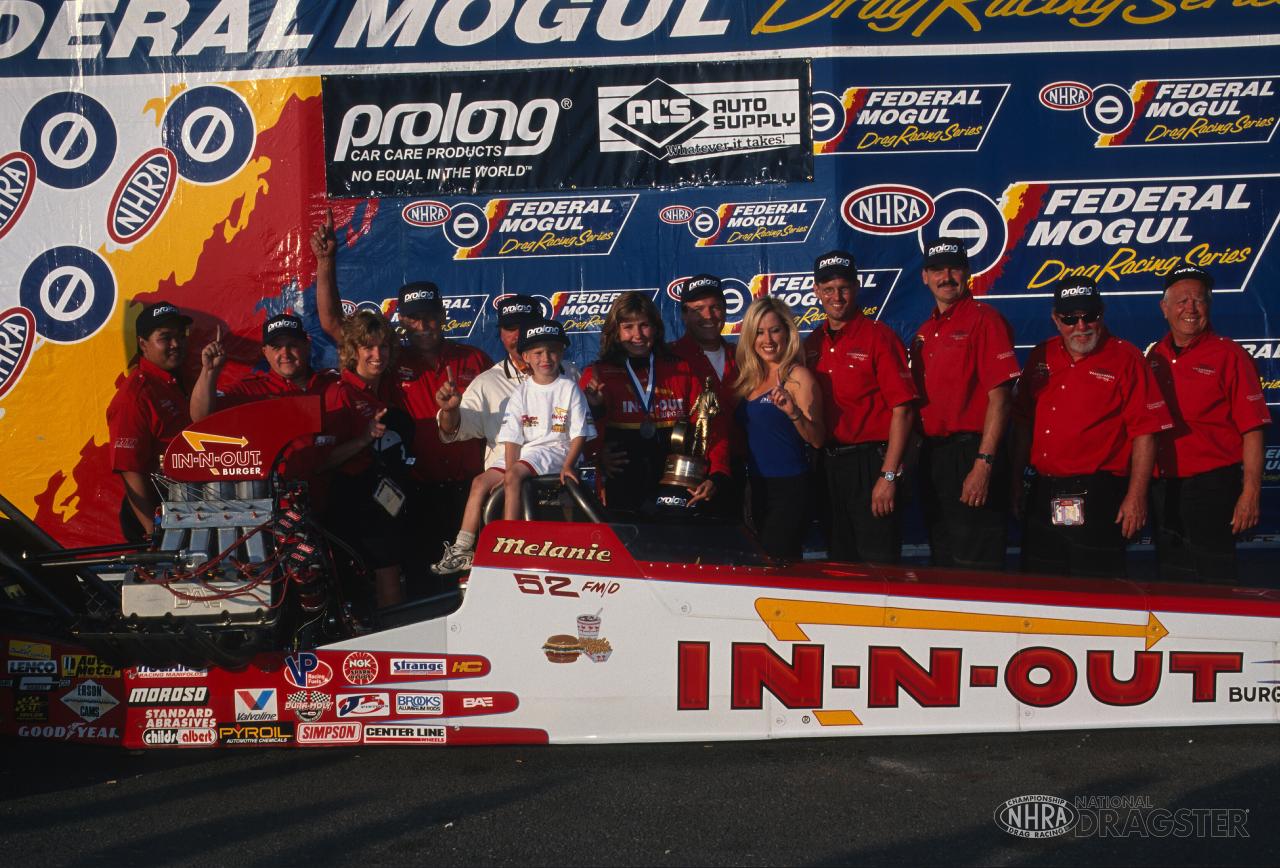 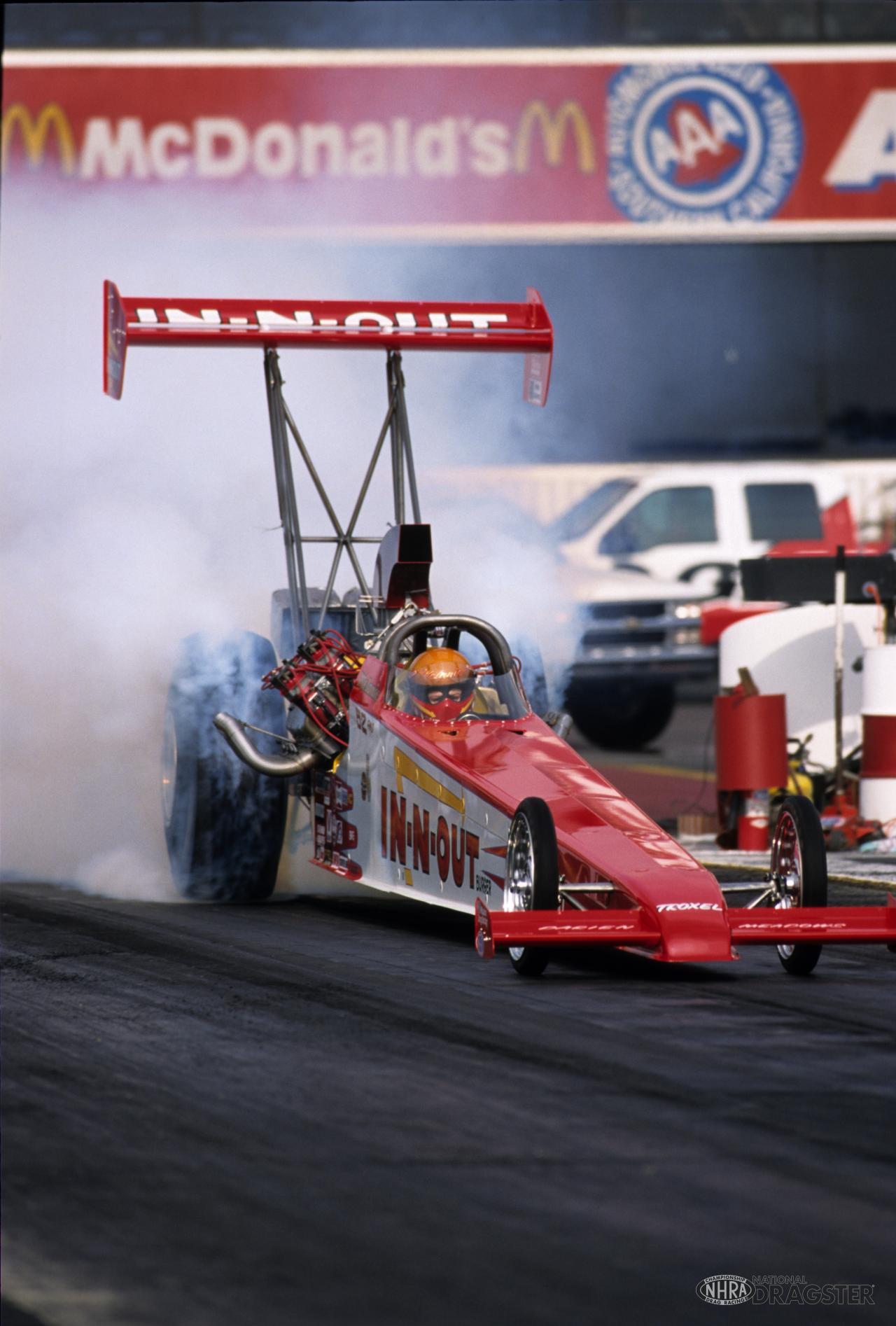 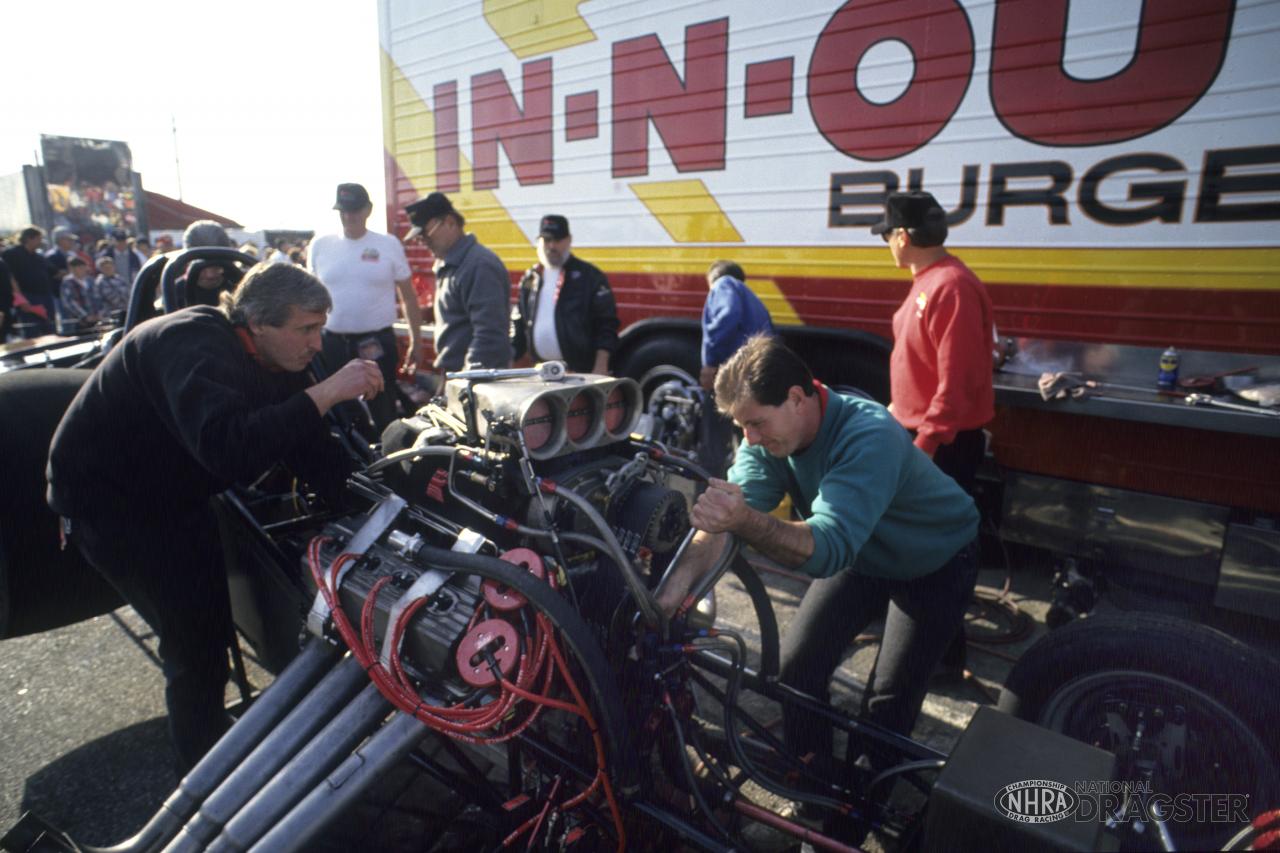 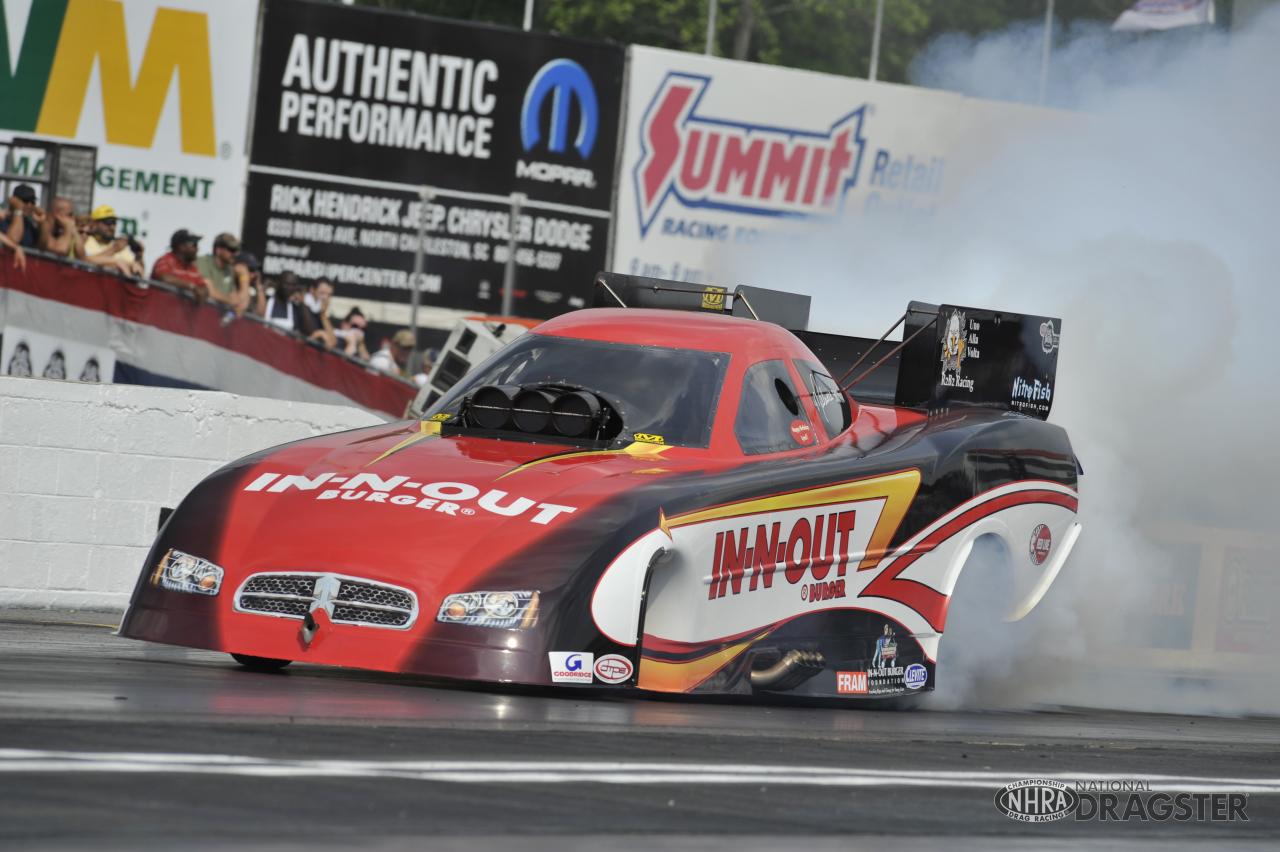 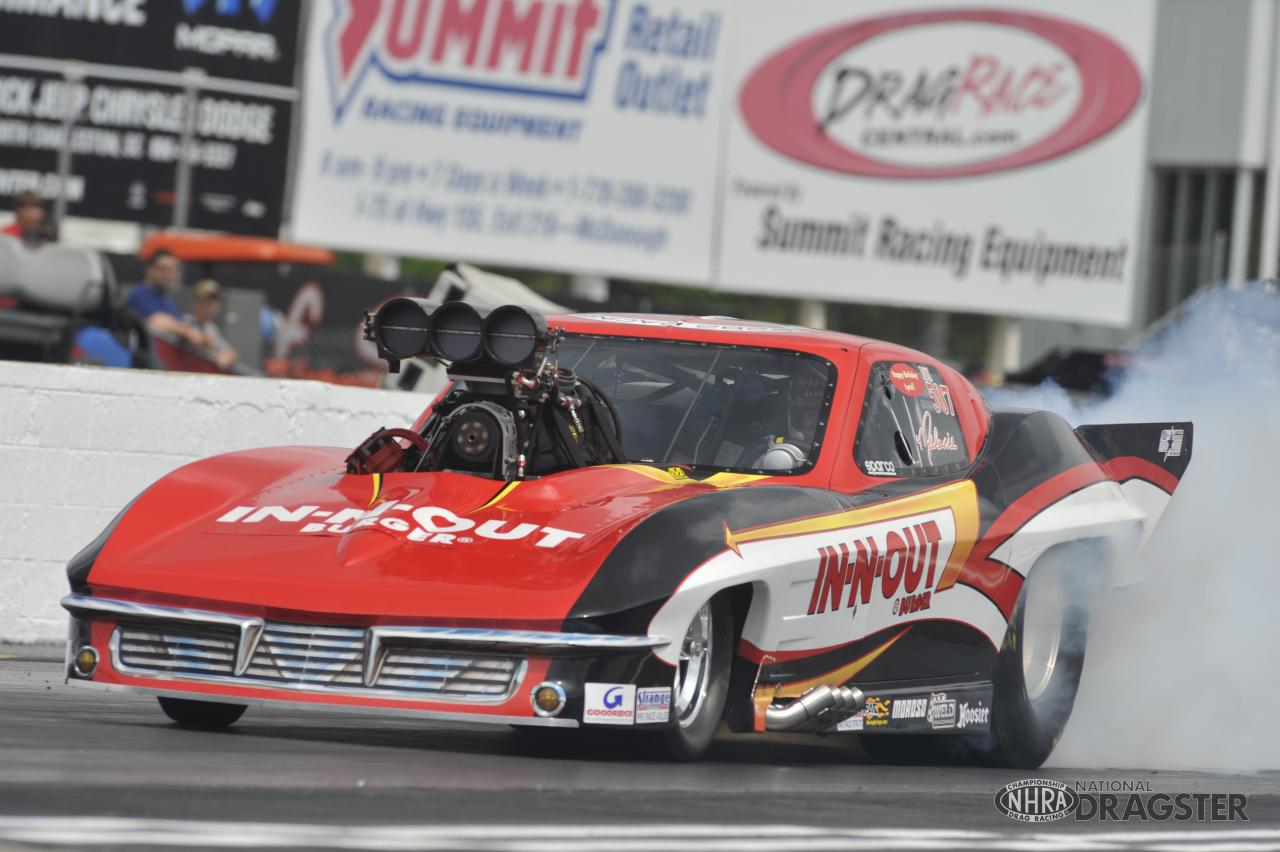 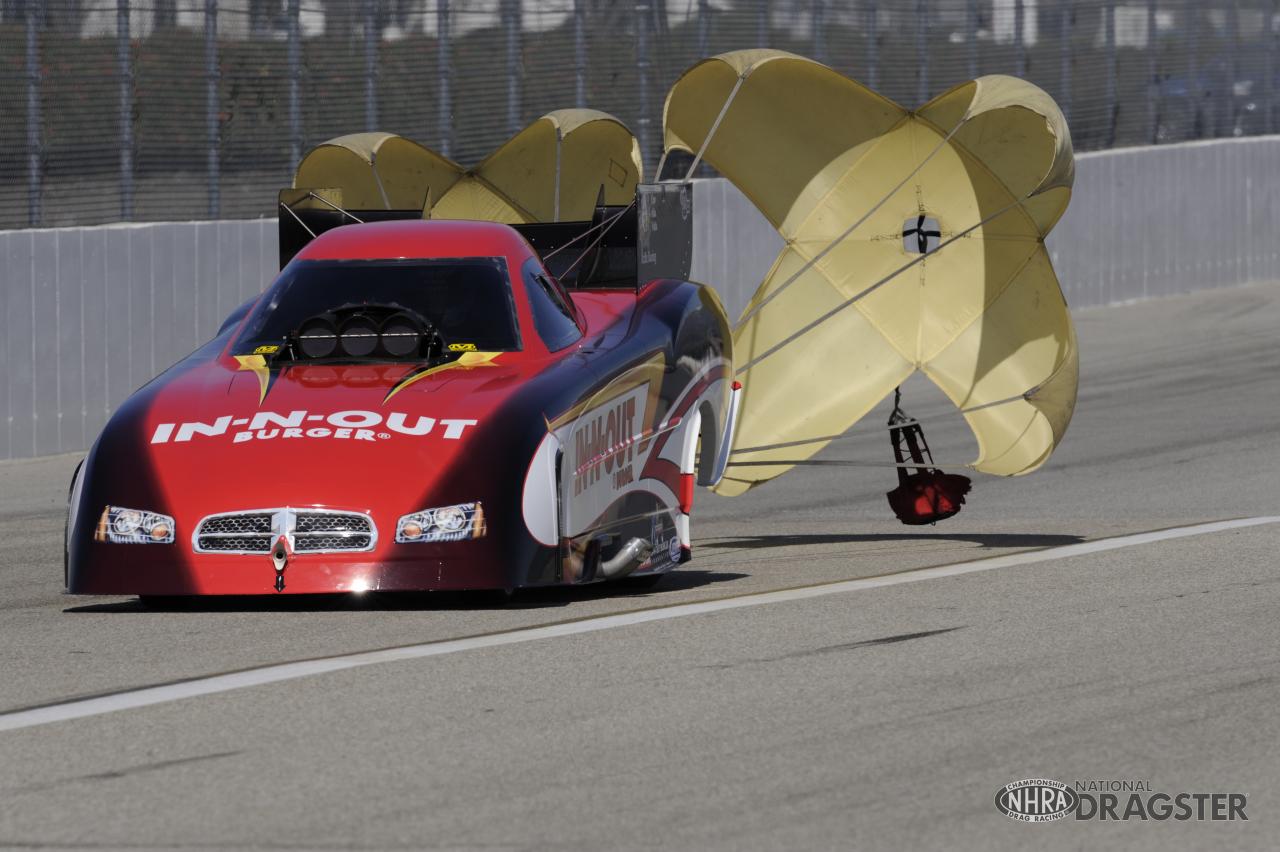 The old Irwindale Raceway (19651977)—not to be confused with the current Irwindale Event Center (1999-to today)—never seemed to get the big headlines like some of its SoCal neighbors. But there is one area where it clearly excelled; the track was Ground Beef Zero for any discussion about dragstrip food, and the reason was six simple letters: In-N-Out.

Even today, out-of-state race teams and others who flock to Pomona each year always seem to have one thing on their minds besides the racing — a Double- Double burger and fries from the iconic SoCal fast-food giant — and with good reason. In- N-Out’s impeccably crewed and tightly run stores predictably serve up the best burgers on the planet. 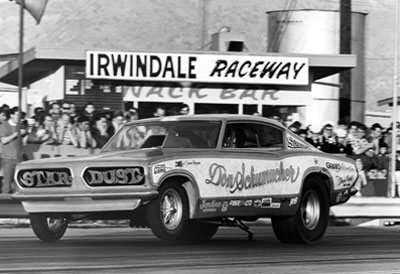 Founded in 1948 by Harry Snyder and his wife, Esther, In-N-Out Burger was a Southern California secret for years — nearly 30 years after its founding, there were only 18 drive- through stores — but a lot of racers and race fans who went to the old Irwindale track probably never knew that the concessions stands were serving up In-N-Out burgers. The reason they were served there was simple: Harry Snyder owned a 50-percent stake in Irwindale Raceway. 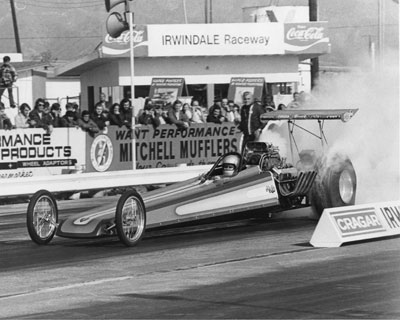 Only about 10 In-N-Out stores existed then, all in the San Gabriel Valley, and serving the burgers at Irwindale, although they were never explicitly advertised as coming from In- N-Out, exposed them to a wider audience, and In-N-Out used to promote upcoming Irwindale events with a flyer tucked in with your order.

“Harry used his In-N-Out people to run the concessions, so burgers were identical except they didn’t use tomatoes,” recalled Steve Gibbs, who managed the Irwindale track from 1966 to 1968. “Snyder built the In-N-Out empire on serving up good food at reasonable prices, and he saw to it that the Irwindale food was the same.” According to another former employee, Pat Green, concession sales were usually almost equal to the gate receipts.

Bill Doner, who owned the track from 1972-1977, once said, “The food was so good that people would come just for the burgers. I remember seeing a lady and her kids all dressed up at one of our speedway motorcycle events. I asked her if she came often and enjoyed the racing, and she said, ‘No, my kids love the burgers, and they hate to wait in line at In-N-Out, so we pay to come in here and eat them.’ ”