After two months of patience and preparing, NHRA racers are being called to the staging lanes of Dallas’s famed all-concrete quarter-mile. The re-opening of NHRA drag racing during the COVID-19 pandemic took take a big step forward today at Texas Motorplex with the running of an NHRA Lucas Oil Drag Racing Series Central Region event. We checked-in with Top Alcohol Dragster racer Megan Meyer and Top Alcohol Funny Car racer Sean Bellemeur as they got ready for Friday’s qualifying. 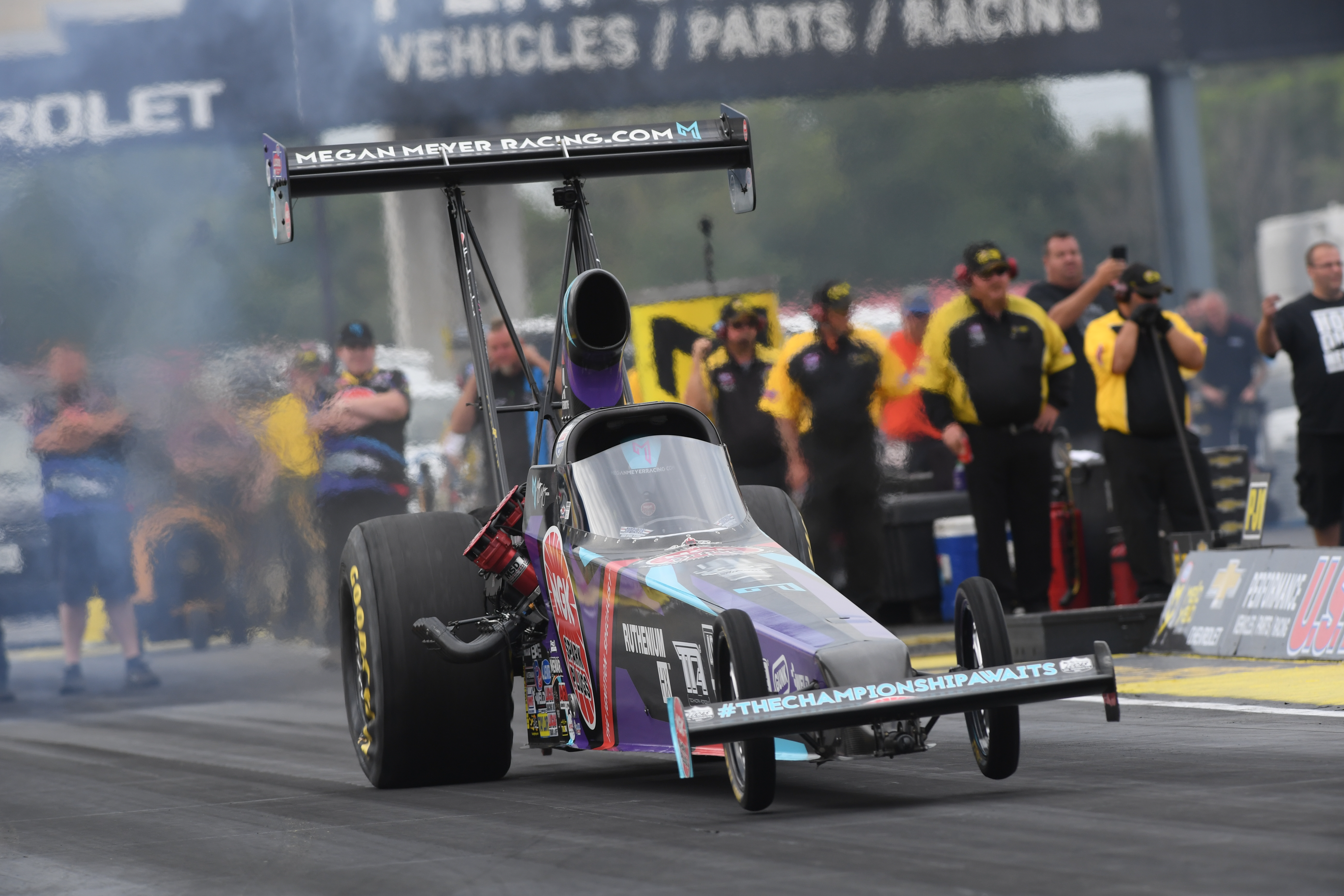 Coming to the race in Dallas means a lot to Megan Meyer because last year she rolled out of the Texas Motorplex with both Wally's from the regional and national events. “I’m really looking forward to racing here again this weekend, and hopefully holding up the Wally in the winner's circle again this year with my NGK Spark Plugs dragster,” said Meyer. There were a dozen Top Alcohol Dragster entries signed up for the eight-car field, but there's also a bonus race for buy-backs that offers a separate chance to win prize money. “That's very similar to what I grew up doing at the bracket races,” said Meyer. “So it’ll be cool to get that second chance of going rounds and winning some prize money if for some reason we go out early.” Going out early seems unlikely because she ran a 5.17 at 250 mph this morning in testing.

This is Meyer’s second race of the 2020 season after struggling at the Louisiana regional event she competed in earlier this year. “Our current set up with the car just wasn’t working with the conditions [in Louisiana], so during our break we made a few changes, including a new one-piece carbon-fiber body.” Look for Meyer to debut the new bodywork wrapped in NGK branding this weekend. 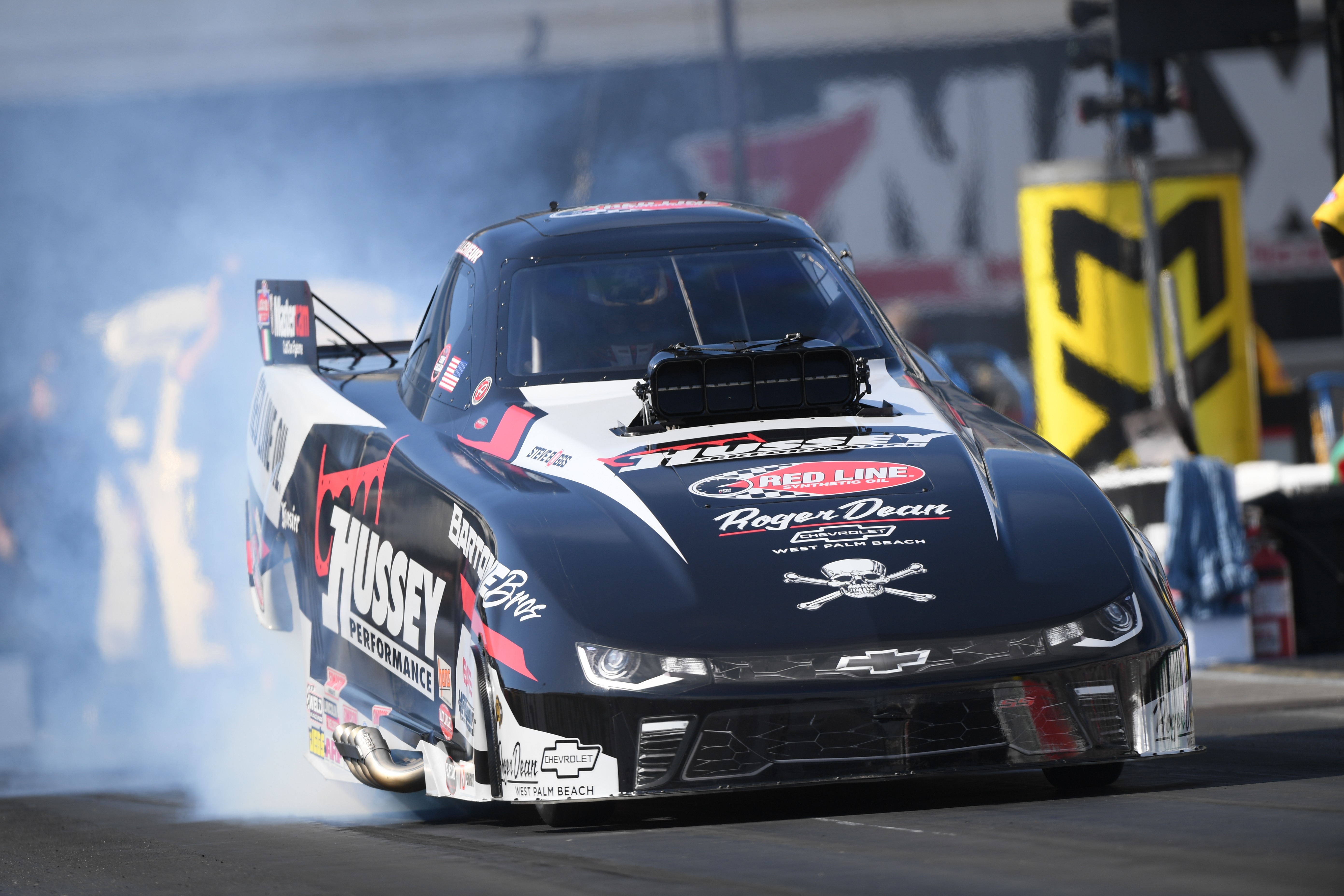 “When you run a car at this level you pour a lot of your heart and soul into these things,” said Sean Bellemeur. “It was almost emotional crawling back in the car yesterday because I love it so much, and it’s been a trying time for everybody—worldwide—and just the feeling of getting back in my baby was a huge step forward.”

The importance of this race is not lost on Bellemeur. Beyond the points and the competition, he’s aware of the message racers are sending fans around the globe. “It’s a really positive attitude here. Being tied in with the Midwest Pro Mod cars has been great, we’re happy to be here, and they are happy to have us. It goes without saying that we are so grateful to Billy Meyer and the people here at the Motorplex who were willing to do this for us.” The car is basically the same as it was in Gainesville, but the way the weather is this weekend, Bellemeur’s, “Glad I’m a driver—not a crew chief.” But when you’ve got Tony Bartone and Steve Boggs in your corner, you try to change as little as possible. In testing they were the quickest Funny Car out there.

For Bellemeur it’s strange not having spectators, but while there’s not anyone there he can see, he knows the whole drag racing world is watching. “The fact that the race is going to be livestreamed, there is the ability for my wife, kids, and dad to watch it. It’s going to be so good to see race cars back on track. For drag racing as a whole, this is a big day, a big weekend.”

A race win, and some valuable Lucas Oil points are important to Bellememeur, but he said the real success will be “When we leave the Motorplex come Sunday or Monday with a little better feeling, knowing that moving forward, we can do this. We had to start somewhere, and this is it, this is the starting point. I am really looking forward to saying, ‘Yes, we are racing. We can all do this. We can follow the rules, and people will see that we are being safe’ and people will spread the word nationwide.’”

The Keurig Dr. Pepper Lone Star Nationals presented by Driven Automotive Protection is being contested on May 22-23 with qualifying on Friday beginning at 5 p.m. CT. NHRA.tv subscribers can watch the important event as it unfolds on NHRA’s live streaming channel. Fans can also catch the racing action by purchasing a Pay Per View livestream on TheFoat.com Ticketing site.

Competitors can find details on all of the event regulations and precautions that will be in place as can find links to other helpful advice here: http://www.nhradiv4.com/apcm/templates/divnews.asp?articleid=71834&zone…

Racer entries and crew passes can be purchased at texasmotorplex.com.