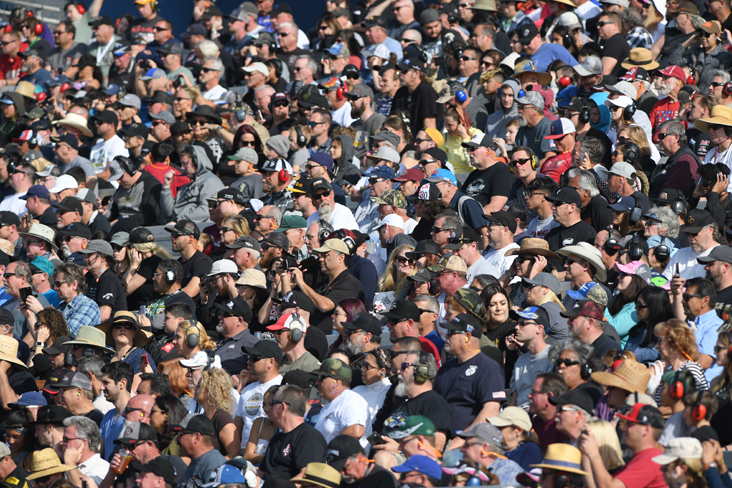 Great Southern California weather has brought out NHRA fans in large numbers for the season opener in Pomona. 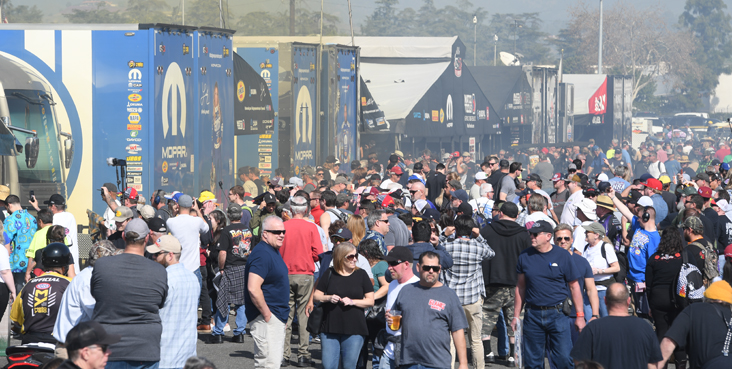 NHRA's world-famous open pits allow fans to get up close and personal with the teams as they work on their cars. 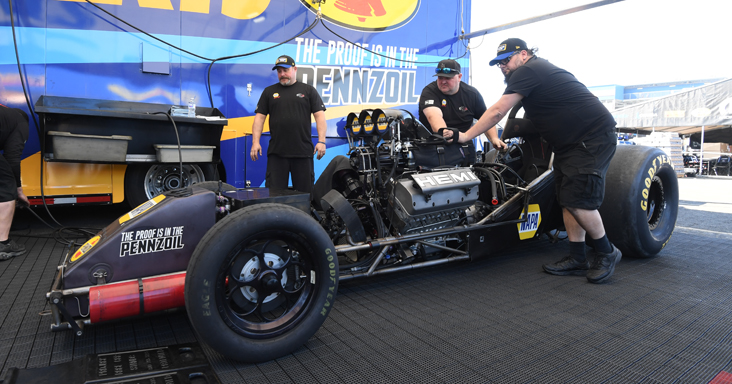 Ron Capps' NAPA Auto Parts Funny Car team had a trying week before the event [story] but have their car solidly in the three-second zone. 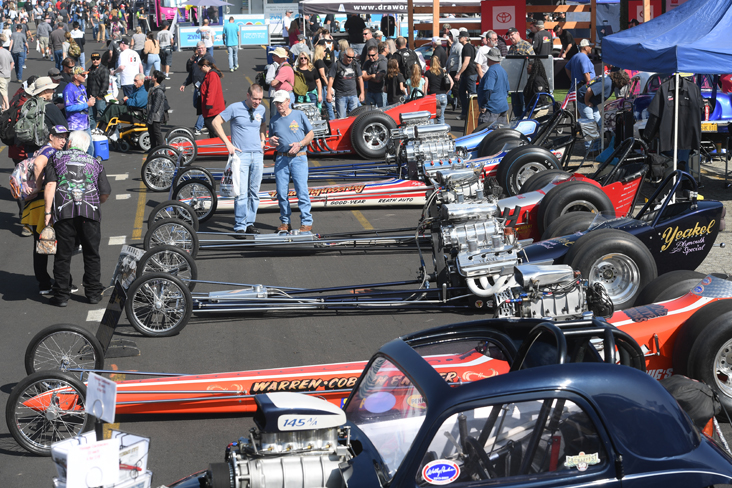 As part of the 60th annual Winternationals tribute, Hot Rod Junction is packed with vintage race cars (above) and classic hot rods (below). 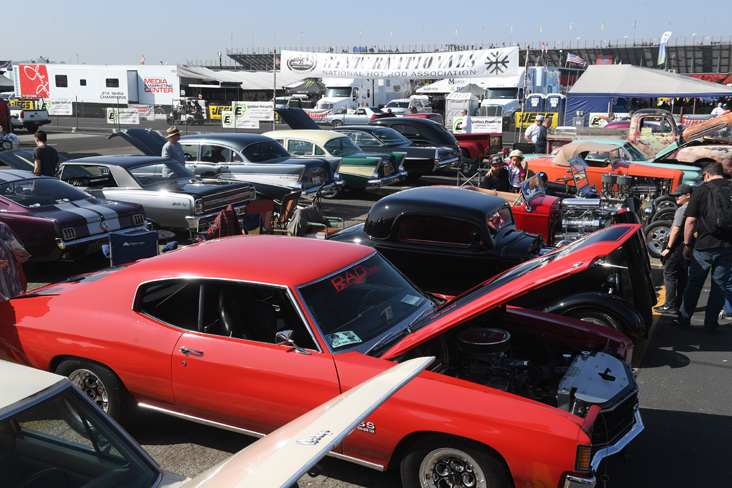 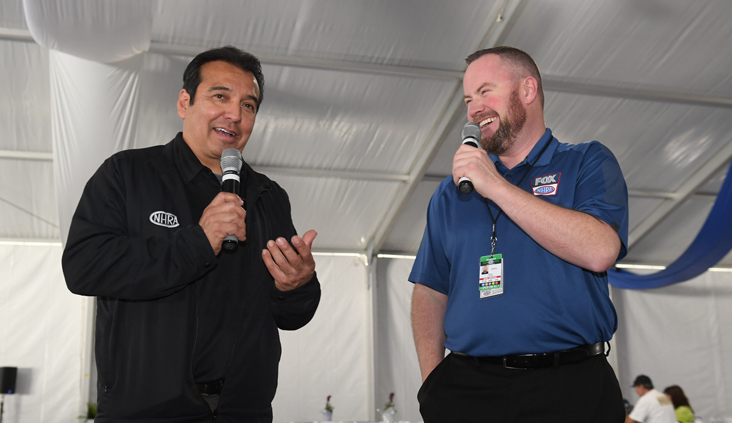 Prior to the start of racing, NHRA on FOX stars Tony Pedregon, left, and Briah Lohnes met with fans in the Top Eliminator Club to talk about their work and to answer questions. 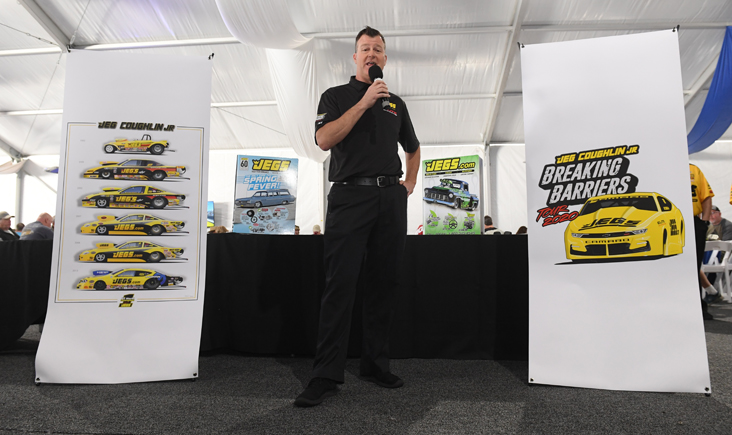 Pro Stock hero Jeg Coughlin Jr. also used the Top Eliminator Club to host his big announcement that he will retire from full-time driving after the 2020 season [story]. 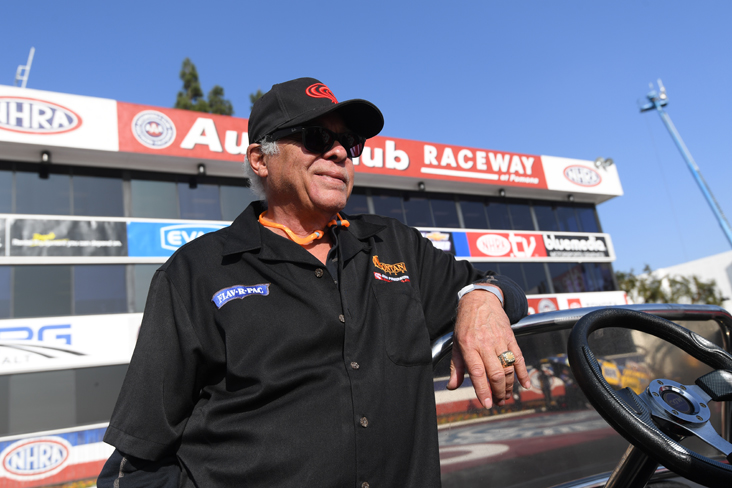 NHRA legend Don "the Snake" Prudhomme is on hand to help celebrate six decades of Winternationals. 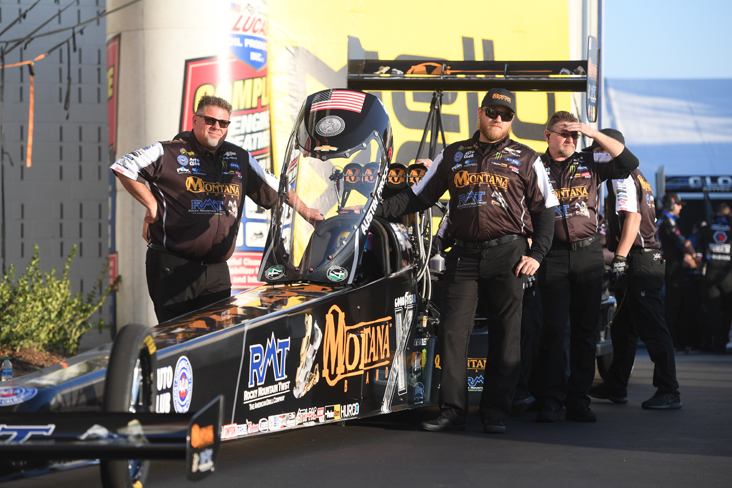 2019 rookie of the year Austin Prock, "the Snake's" young Top Fuel protege, struggled through the first three rounds of qualifying, then grabbed the provisional No. 1 spot on the first run of Q4 with a dazzling 3.680 that qualified them No. 2. 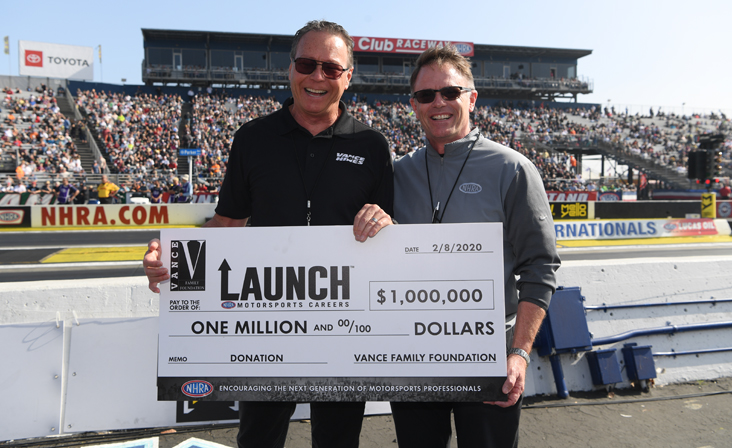 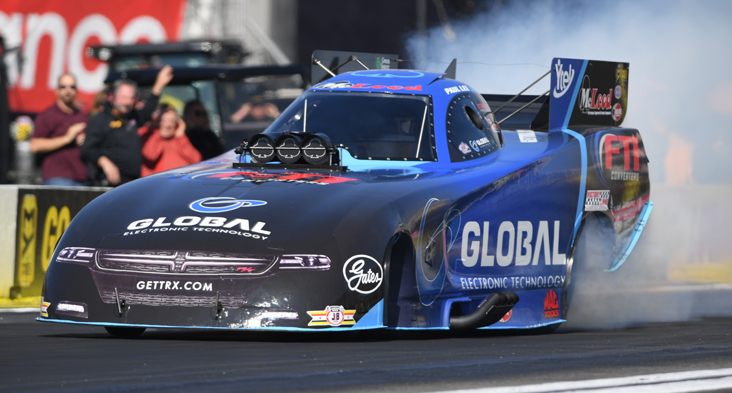 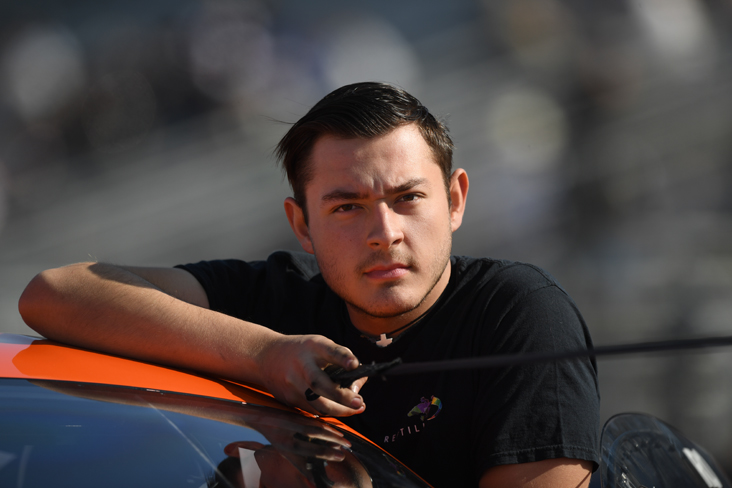 Cristian Cuadra, son of Pro Stock regular Fernando Cuadra Sr., is making his Winternationals Pro Stock debut. He qualified in the No. 14 spot and will race world champ Erica Enders in round one Sunday. 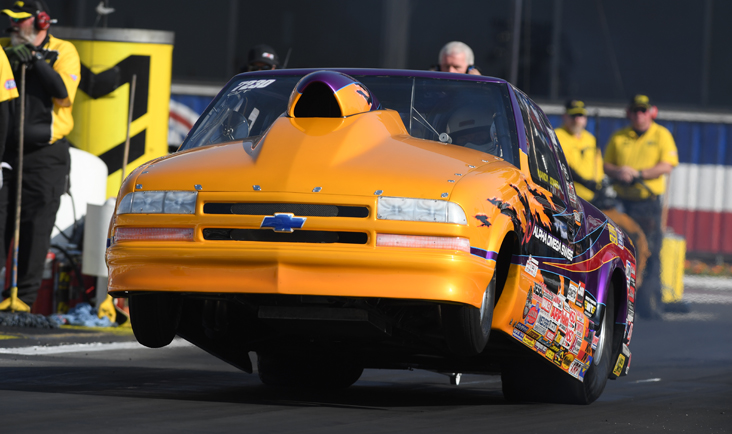 Traction is not in short supply in Pomona, as evidenced by Comp racer Randy Jones' hard leave in his Chevy S-10 entry. 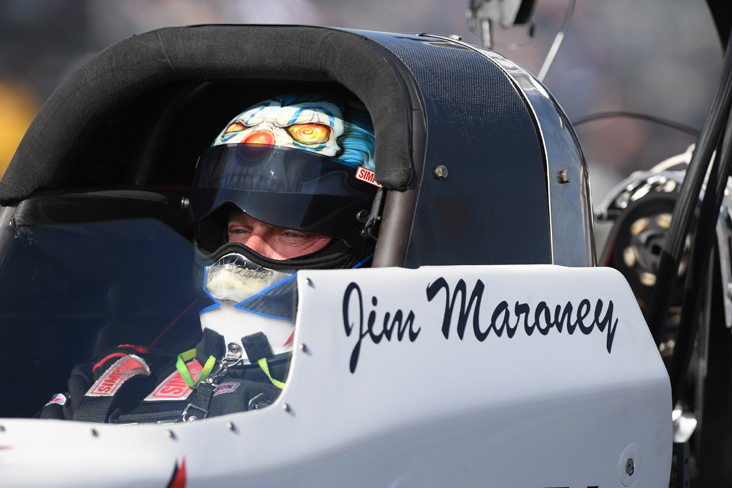 Privateer Top Fuel owner/driver Jim Maroney qualified his car in the No. 12 spot with a 4.035-second best. 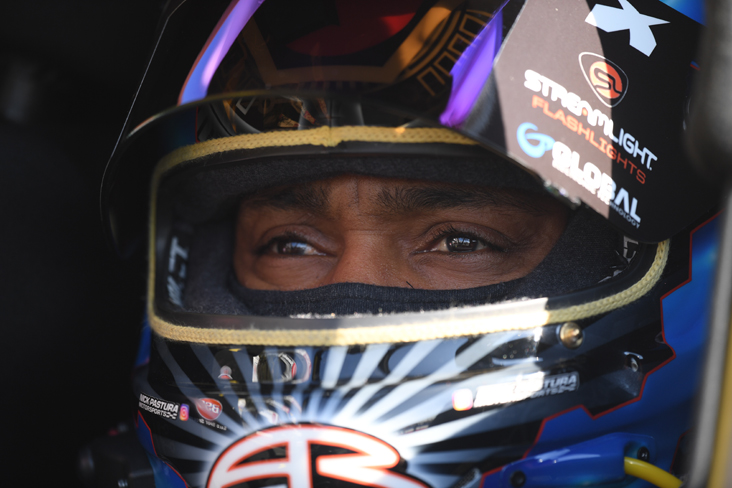 After a couple of tough seasons in 2018 and '19, three-time NHRA Top Fuel champ Antron Brown is looking forward to a strong rebound season. 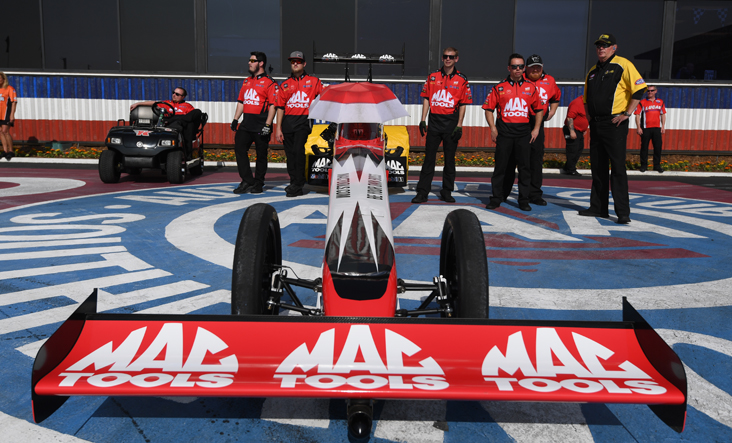 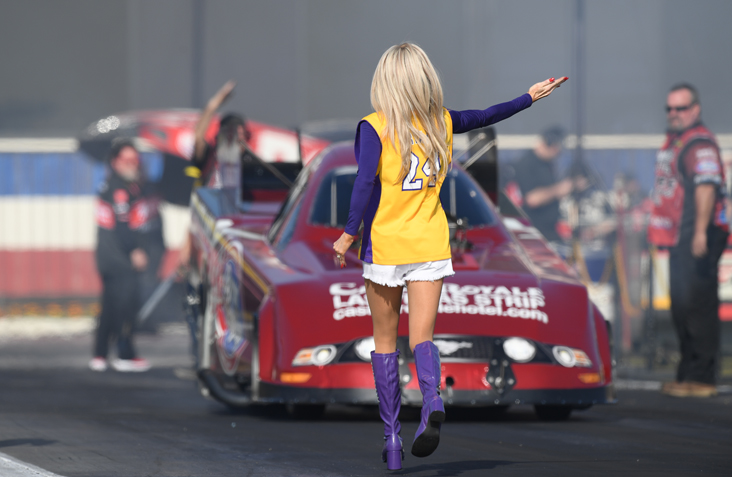 They may be from the Chicago area, but the legend of Kobe Bryant reached across the continent as Alice Bode, wife of Funny Car racer Bob Bode, donned a Kobe jersey to back her husband up after his burnout Friday and Saturday 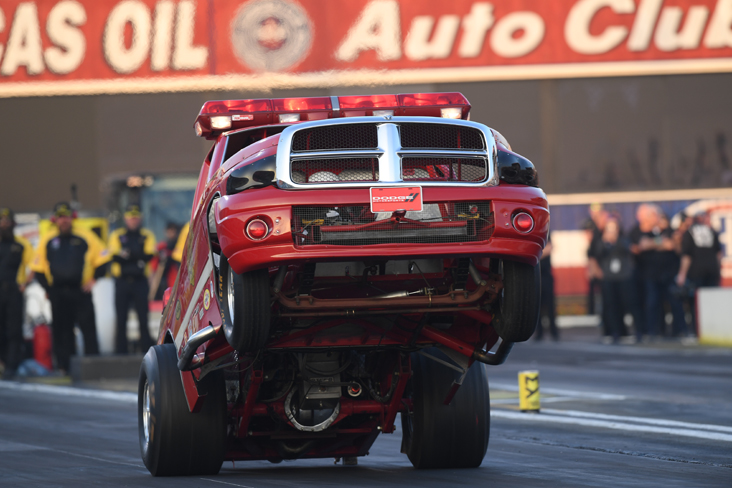