Every team wants to start the season on fire, but for Ron Capps and the NAPA Auto Parts Funny Car team, a trailer fire prior to pre-season testing has them starting from behind in Pomona.
07 Feb 2020
Phil Burgess, NHRA National Dragster Editor
Feature 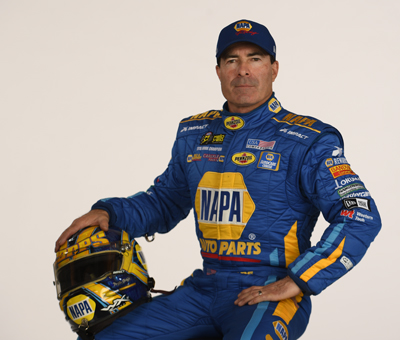 Ron Capps and the Rahn Tobler-led Don Schumacher Racing/NAPA Auto Parts Funny Car will start the 2020 season at a bit of a disadvantage after they were forced to skip pre-season testing after a trailer fire heavily damaged their equipment.

Capps woke up to an early morning text from crew chief Rahn Tobler, Tuesday, Jan. 28 the day before he was to fly to Las Vegas to begin three days of testing. Earlier that morning, just outside of Amarillo, Texas, the rig had caught fire, damaging not just the trailer itself but its valuable cargo inside.

Both Dodge Charger bodies were partially melted, as were the rear tires and a lot of the air lines that run the engine’s many functions. Don Schumacher immediately dispatched a second trailer -– the one previously used by Tony Schumacher –- from their Brownsburg, Ind., base to the scene. Everything was loaded into the second unit, which continued west until it reached the team’s Winternationals hotel in nearby Corona.

Further inspection there revealed that the fire-fighting agent used on scene had created rust on the chassis, so they were disassembled and meticulously hand sanded.

Meanwhile, another group was sent from Brownsburg and wrapped the trailer and one of the racecar bodies in the NAPA livery in the parking lot -– with the extra challenge of battling high winds that have swooped into the region –- and wrapped the second Charger body in the Pomona pits yesterday.

It’s the second year in a row, that the team will make their first run of the season on the opening lap of qualifying at the Lucas Oil NHRA Winternationals.

Last year, only two Don Schumacher Racing teams took part in pre-season testing in Phoenix as part of a strategic/financial decision; this year all six cars were scheduled to attend until the fire put an end to those plans.

“We had to do this last year, and that was the most nervous I’ve been in a long time,” said Capps. “You haven’t; done it for a few months and other people have been able to test and least get your senses about you.

“During the year you’re only out of the car for a few days at a time and you get into a rhythm but over the winter, that’s a long break. That first time you step on it every year, man, it’s really something. It’s still ‘Ommygod,’ how unbelievable these things are.”