Individual racers in the JEGS Allstars event will be competing for a share of more than $150,000 in cash awards posted by JEGS Mail Order. There will also be an overall team championship earned, with the members of that division will split a $20,000 bonus. In addition, there is close to $50,000 in manufacturer posted contingency awards available to the finalists this year. 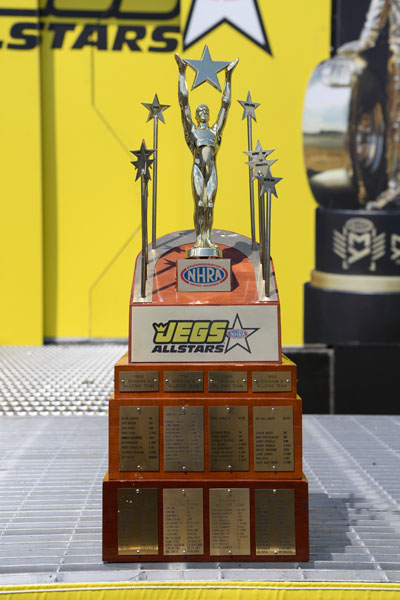 By The Numbers -- JEGS Allstars Edition