A brilliant pilot at the wheel of any racecar, we get insight on Jeg Coughlin Jr.’s origin story as he celebrates decades of success in Pro Stock.
14 Dec 2020
David Kennedy
Feature

This is not the first time Jeg Coughlin Jr. has retired from Pro Stock racing. Technically, Team Jegs has differentiated this period from his retirement in 2010 by saying he is, “retiring from full-time racing after the 2020 season.” So rest assured you will see Coughlin in a racecar in 2021 — possibly even a Pro Stock car. It just won’t be in a fulltime run for the Camping World NHRA World Championship this time. For more than 20 years, running for a Pro Stock championship is what Coughlin has been known for.

With five Pro Stock championships, 65 wins, and 115 final-round appearances, Coughlin was always in the hunt for a Pro Stock Wally or the championship trophy. His routine has been racing and winning. He’s measured, professional, talented, and his innate driving skill makes it all look easy. We call him “the Natural,” and he’s not only one of Pro Stock’s best drivers, he’s also one of drag racing’s best drivers. Ever. 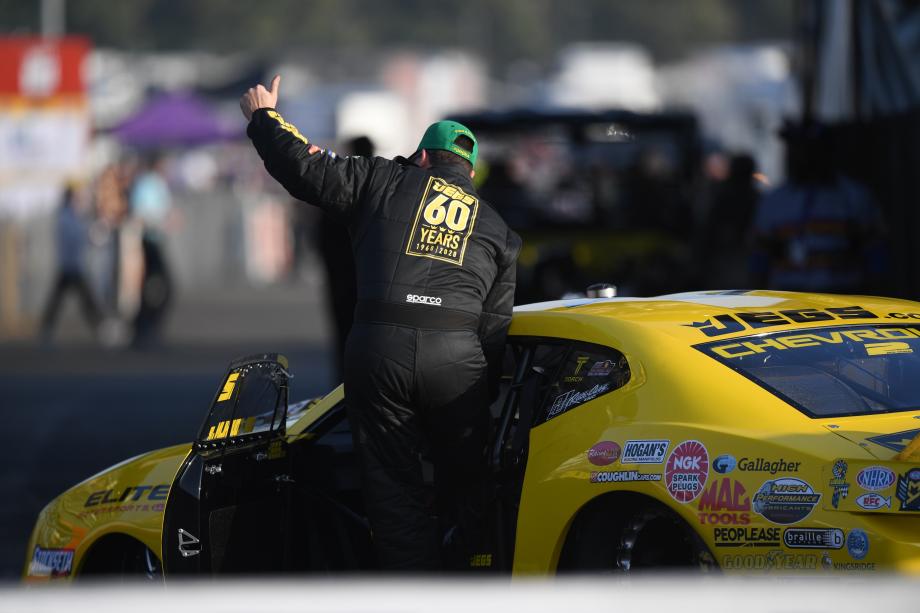 So, in Coughlin’s final year of full-time Pro Stock racing, even the challenge of COVID-19 is treated and compartmentalized with the grace of a smooth operator. “I’ve been fortunate, and the company has been fortunate to steer clear of much of the pandemic,” says Coughlin. As part of the Jegs Performance Parts company his routine is complex, and with NHRA’s return to professional racing (as well as his racing hobbies) in 2020, his routine hasn’t changed much. “The biggest change for me in 2020 has been dealing with the emotional side of the state of the world,” says Coughlin. “On the racing side, we just had to work through the condensed schedule because of it.”

Coughlin has seen some of Pro Stock’s most challenging times, and while no one was prepared for the pandemic of 2020, he reflects on other challenges that have helped him navigate this. “I’ve had some gaps throughout the last 23 years of my racing,” says Coughlin, “and in some cases they were done with the intent of making a transition to a new phase.” 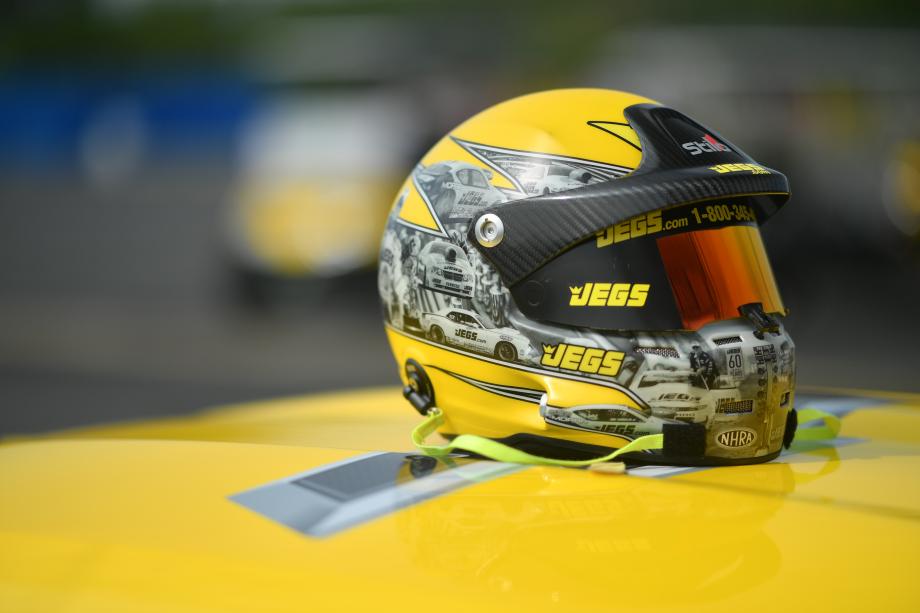 We all know racing is his second occupation, and that he considered hanging up his Pro Stock helmet at the end of 2019. But with 2020 being the 50th year of Pro Stock, Coughlin thought his retirement should coincide with this year’s milestone. “As it turns out, we were able to have the 50th year, says Coughlin, “but it was highly modified, naturally, because of the pandemic.” Coughlin says he was asked hundreds of times if he was still going to make this his final year of Pro Stock, a question that he completely understands coming from the fans. He says, “I’ve already committed to this plan, and I’m happy with my decision.” In fact the pandemic allowed him a glimpse of what his routine will be like in a post-Pro Stock era, because as he says, “You always have to find the positives.”

Coughlin has many positives to reflect back on. Born during the summer of Pro Stock’s first year, when Herb McCandless would have been readying his Sox & Martin Pro Stock Duster to win Indy, there’s never been a time in Coughlin’s life that drag racing wasn’t in it. “Growing up,” recalls Coughlin, “you could always find me on the fences watching drag races. I liked Top Fuel and Funny Cars, but for some reason I always gravitated toward the factory hot rods. At the Wednesday night Super Gas races here at National Trail Raceway, guys like Mark Pawuk and Mark Clark had four-speeds in their Super Gas cars, and they just always were the coolest.” 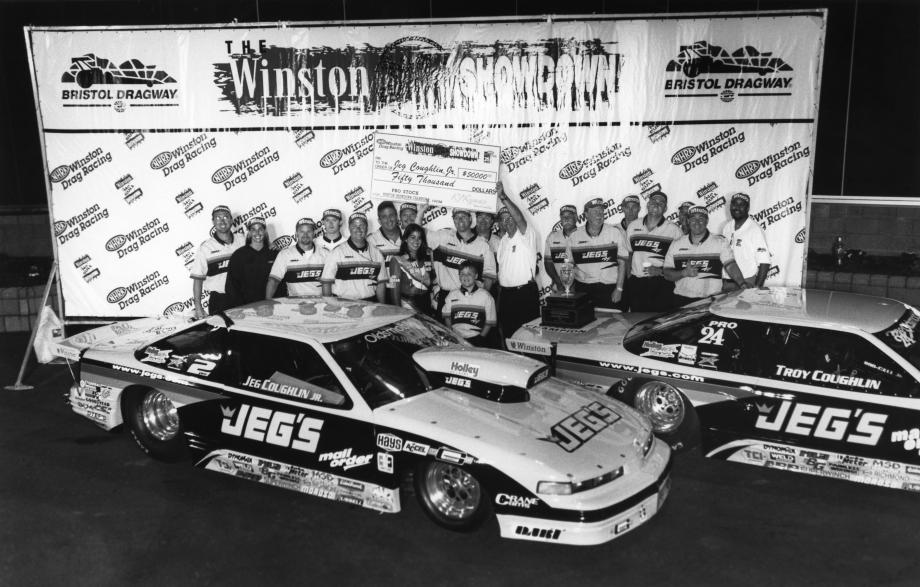 He vividly remembers his first Pro Stock race in October of 1997. “It was the Fall Dallas race,” and as he tells it, “I was leading in two championships in the Federal Mogul series: Comp and Super Stock. My brother (Troy Coughlin Sr.) was running in Pro Stock, so instead of running my Super Stock car I raced my small-block car in Comp car and a big-block car (Troy’s old Cutlass) in Pro Stock at Dallas, Houston, and Pomona.”

It was at that first race the car control Coughlin would become legendary for began to take priority. He said it was NHRA’s Competition Director, Lynwood Dupuy, who told him in his Cajun dialect, “Listen, dude, I know you’ve been running a lot of these race cars and you’ve done well in everything you’ve driven,” he said, “but these Pro Stock cars are different animals. All I can ask you is you be careful and use good judgment.” Coughlin heeded that advice and went on to defeat one of his Pro Stock heroes, Scott Geoffrion, in round one. The very next race weekend in Houston, Coughlin was the last one standing after defeating Mark Osborne in the Pro Stock final. He went from small-block Comp racer to Pro Stock event winner in just two races. 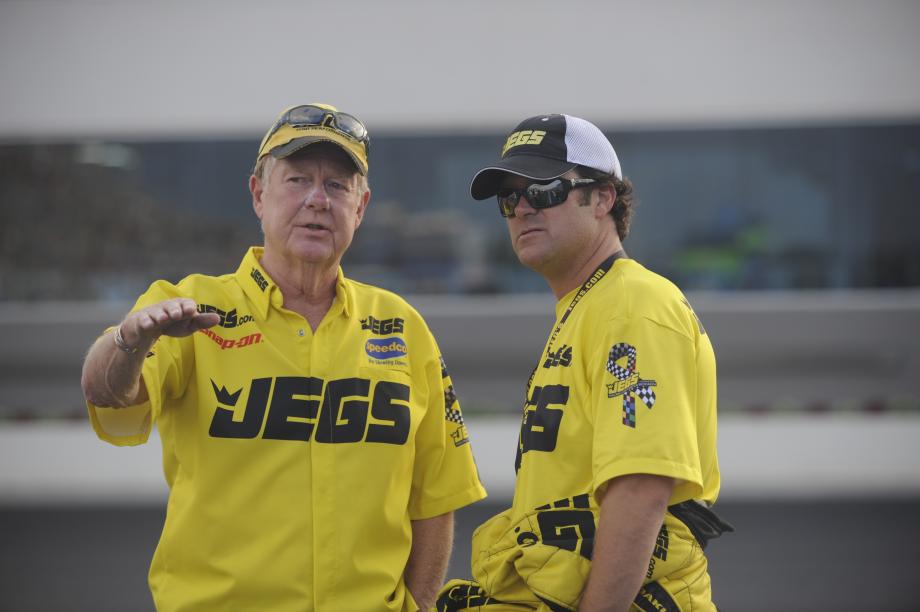 He credits the talent and leadership behind that team with his success. “First and foremost was my father Jeg Sr., he was just a mastermind when it came to working with racecars. He knew how to work with the horsepower Richard Maskin (of Dart) was making, and he even knew how to work with a driver like myself.” Coughlin is reluctant to say they were ‘surprised’ by their success, but he says they were very excited their efforts paid off so quickly.

The end of the 1997 season led to finishing second in points in 1998 and 1999 before winning his first championship in 2000. The successful business model (of Jegs) and the successful race program (of Jeg Coughlin Jr.) would take on a similar trajectory in the late-’90s and 2000s. The ability to assemble the right parts, the right people, and make high-quality decisions quickly are common to both pursuits. “There’s no question you can have the best equipment in the world, you can have the most horsepower in the world, you can be the best driver in the world — but without good leadership,” says Coughlin, “that’s all for naught.” 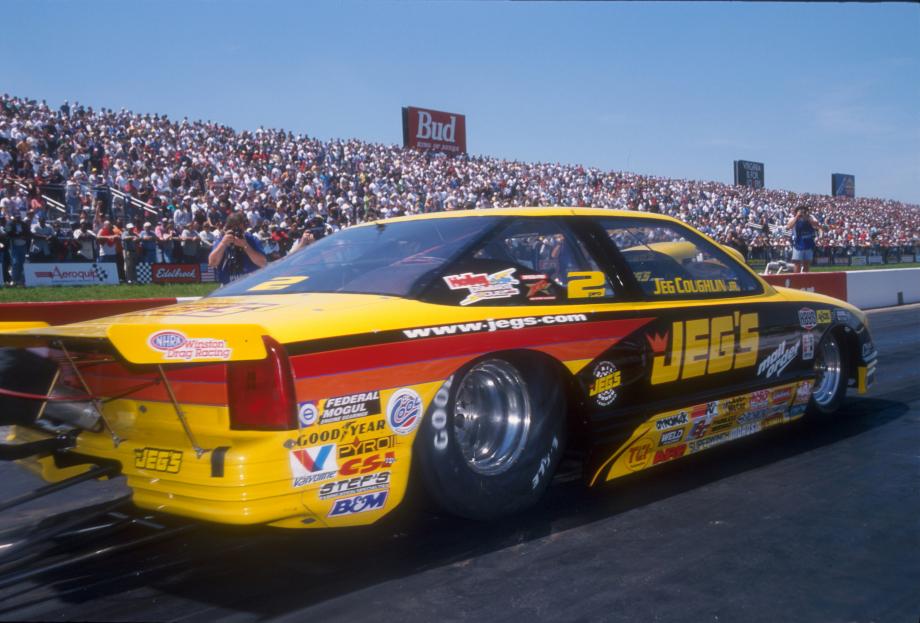 Was it the business-model mindset that kept Coughlin out of a nitro car? Possibly. He says when he was very young, Top Fuel was a part of his childhood thanks to his dad’s dragster. But Coughlin says when his brother John got involved with the sport in 1983, he was exposed to bracket racing. He was drawn to its precision. “I liked the math that went into trying to predict perfection every single time,” says Coughlin. “I had an affinity for that style racing at a young age, and it’s stayed with me to this very day.” In fact, his bio on TeamJegs.com lists his 2021 racecars as: a dragster, roadster, and Chevy II.

“Jeg is a master at his craft. No question about it. He’s as good as there’s ever been.” — Jason Line 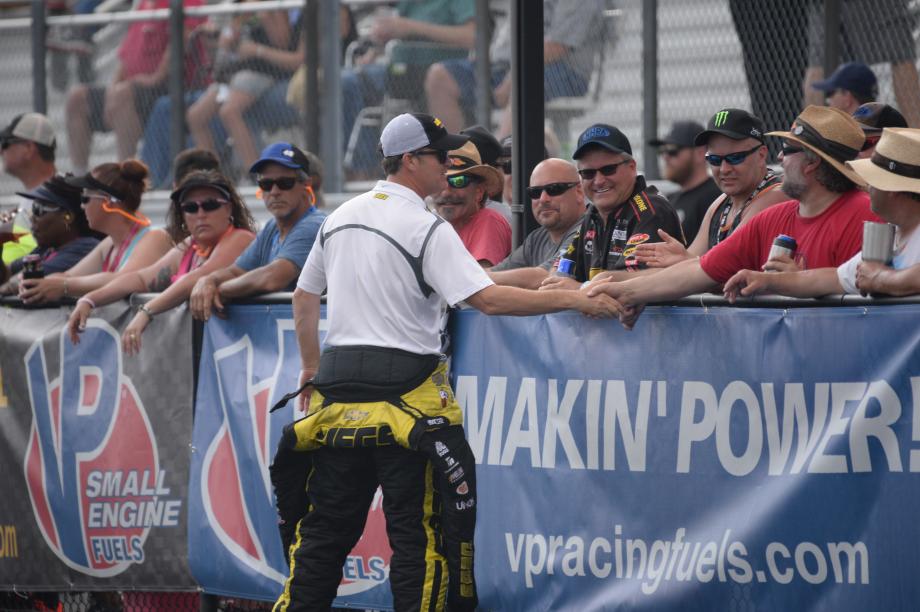 At this point in his career we know he can drive, and succeed, in any kind or racecar. But where did he learn that craft? Everyone knows he grew up in a drag race family, and as he recalls “looking out the front picture window in our house to see if our ramp truck was out front. If it was, we were going racing.” From there he began working on his father’s racecars to bracket racing street cars, then Super Pro cars, and then NHRA Super Gas and Pro Stock cars. He was always “a study of the sport,” and guilty of watching a lot of racing.

At those races he says he was “talking to who I felt were greatest racers at the time, and asking them questions,” guys like Sheldon Gecker and Steve Cohen. Coughlin says, “I was always that talkative, short little kid that just wanted to know stuff.” He thinks that those questions (and the answers) were “instrumental in him being able to learn the sport organically without any pressure.” He was training himself for a drag racing future that today seems like it was all preordained. 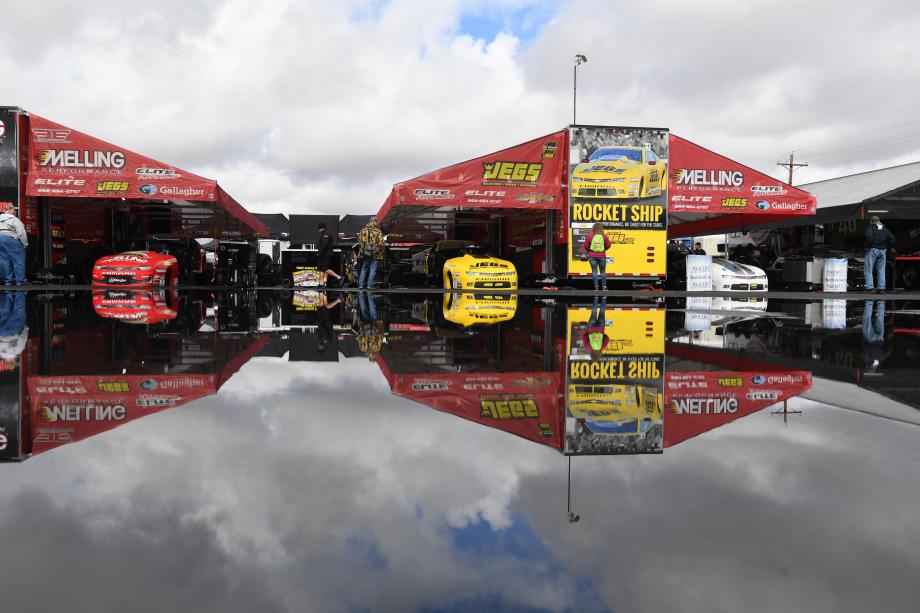