Part of KB Racing’s horsepower machine, Jason Line reflects on his Pro Stock career as he works on his next chapter in drag racing
13 Dec 2020
David Kennedy
Feature

In 2020, Pro Stock racing turned 50 and Jason Line turned 51. That pairing of class and racer has meant faster speeds created through horsepower and driving skill that has captured the imaginations of so many. In all cases, Line favors the path of technical and mechanical achievement to earn a motorsport victory. Yet the data shows that man and machine have been inseparable on Line’s path to becoming one of NHRA’s iconic racers.

As we reflect back on his 18-year career in Pro Stock drag racing, we can’t help but think Line’s next 20 years in drag racing are only going to get busier and more powerful. There are also rumblings of racing programs on his horizon that will leverage his time out of the Pro Stock driver seat. We’ll all have to stay tuned. 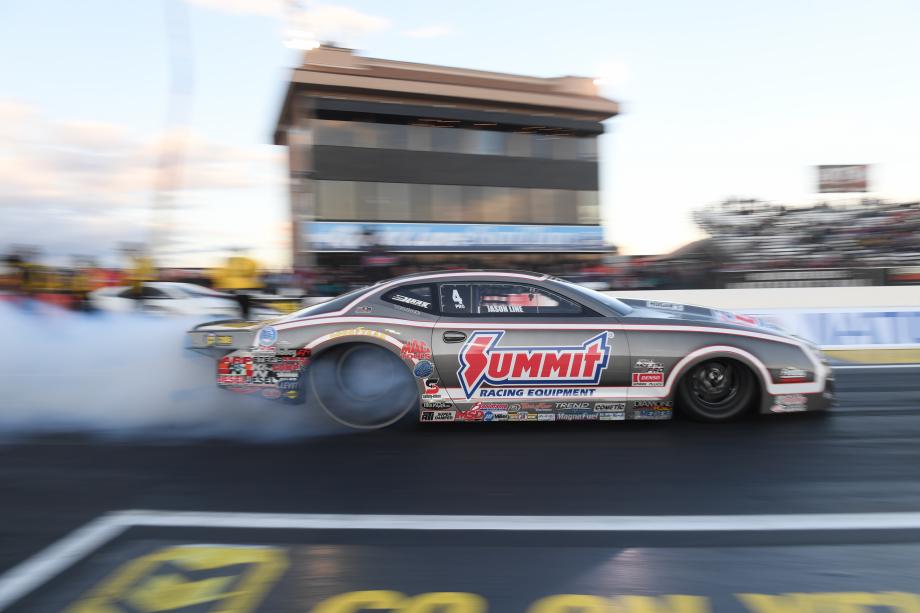 We think of the 6-foot 3-inch Line as an engine builder with a background in NHRA stockers who moved to NASCAR country and worked under the Joe Gibbs Racing flag. We talk about him coming to Pro Stock with a mixture of Minnesota work ethic and Cup Car experience. In truth, Line thinks of himself as part of a series of successful motorsport teams, the kind of person who is able to contribute to a machine to make it do things that others would never think possible. “I have experience in a bunch of different spots,” says Line, “but I don’t know that I’m an expert at anything. Actually, I’m quite sure I’m not.”

“I have experience in a bunch of different spots but I don’t know that I’m an expert at anything. Actually, I’m quite sure I’m not.” — Jason Line 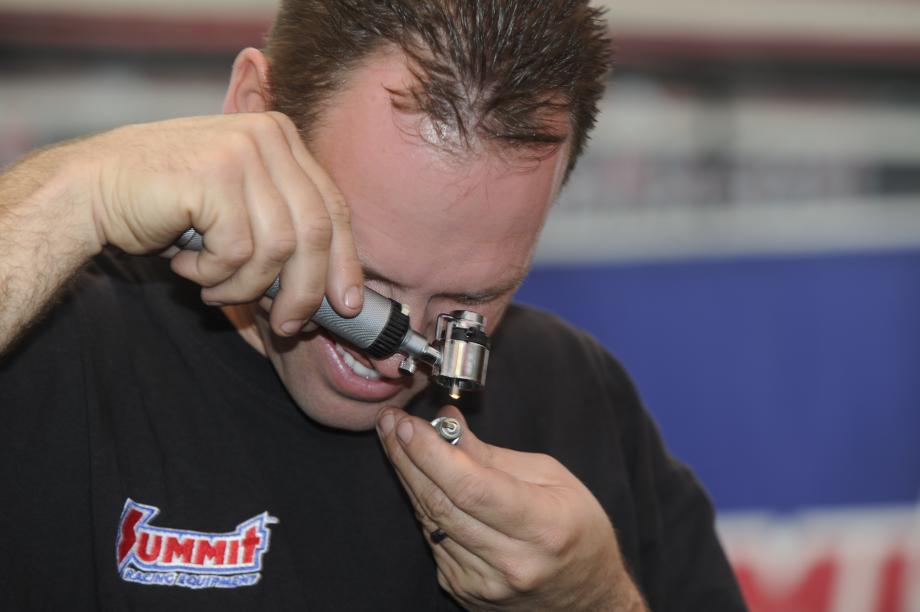 Pinning credit on him may be the only thing tougher than outrunning the cars he works on. “The engines were definitely my personality when we ran them at high rpm (during the carburetor era), for sure,” says Line. “I’m not fond of the current [engine speed] limits.” He explains that KB Racing’s current Chevy Drag Race Competition Engines (DRCEs) are “ a combination of a bunch of effort by a lot of folks.” He won’t accept any more credit than that. When pinned down, he resorts to an analogy any car person can relate to: “In a wheel you’ve got a rim, you’ve got spokes, and you’ve got a hub,” explains Line. “I am probably towards the center of that somewhere for sure, but it’s certainly not all me by any stretch of the imagination. I’m just the only one on the (KB Racing) team that does any talking,” he laughs. “I’m an engine guy who gets to drive the car, that’s what I am.”

Coming into his final year, Line had success at the first four races with a runner-up, a win, and a pair of semifinalist finishes, “before folding like a cheap tent,” he says at the end of the year. “That happens with me, it’s been my MO for a while. So the closer you bunch (the races) together, the worse I do, no question. Have I done better than I ever dreamed? Yeah, you bet. Could I have done better? Absolutely.” 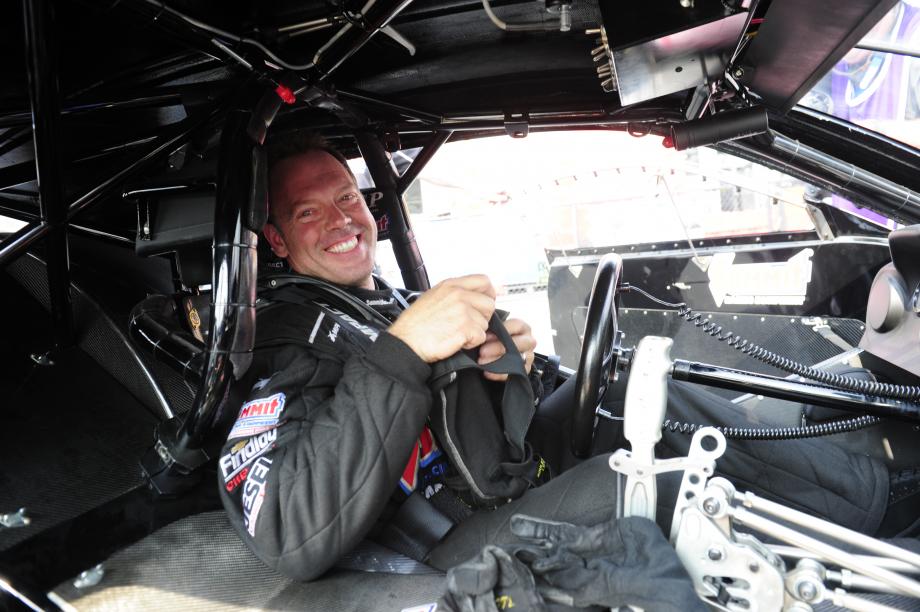 Line’s personal career highlights all bias toward efforts he contributed to, and rarely from behind the wheel. “My favorite moment was probably when I first started, because I was new to the sport, and watching Greg [Anderson] go 6.67 at Englishtown when nobody else could go faster than 6.72. That was a biggie for me. And when nobody had ever gone 206 mph in a Pro Stock car, and we skipped from 205 mph and went right to 207 mph, that was fun times too.” Line’s mindset gives insight to the accomplishments of his teammates. He is able to enjoy their success as his own, without having to put an overwhelming personal stamp on the achievement. “We were all coming up together. It wasn’t just me. It was Greg, it was being a part of something that was unique and special at the time. We had the right group of folks all together, and each one of us had our attributes that made it all happen. There’s prerequisites to being successful, and in those moments we had enough of them all there to make [history] happen.”

“Jason’s an inquisitive person that looks to make everything he works on better.” —Warren Johnson 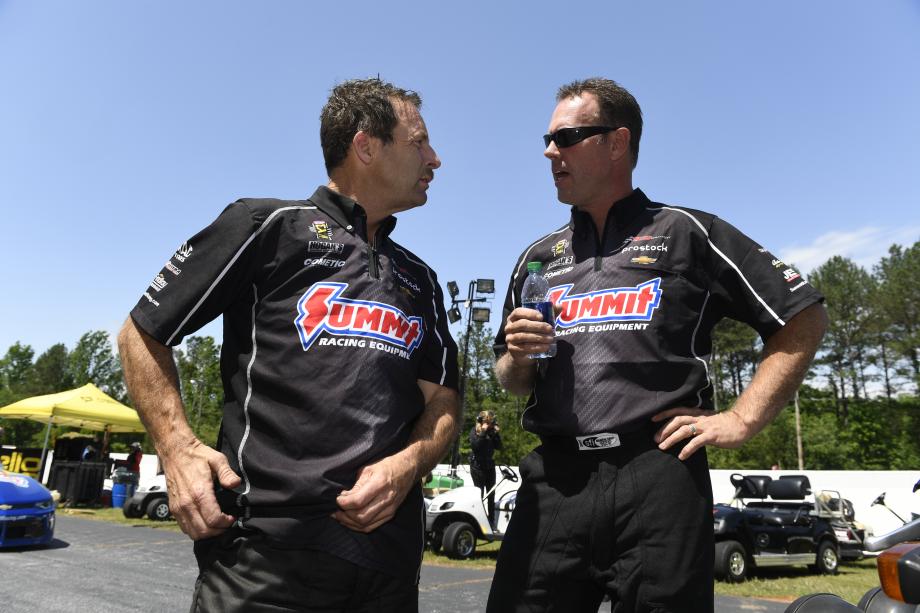 Line looks back on his career and says how lucky he was to meet Anderson and team owner Ken Black. “They gave me an opportunity to do something that, you know, the truth is nobody else would have.” What did they see in Line to give him a shot? “My pleasant demeanor,” he says through chuckles. “Ken told me something before I started at KB, he said, ‘I’m not hiring you because I think you’re a good racecar driver. I’m hiring you because I think you can help make our car go faster.’ I’d like to think I did contribute to the car going faster, but the reality of it is we were just the right group together, the right personalities, that we could all put our egos aside enough to go forward.” 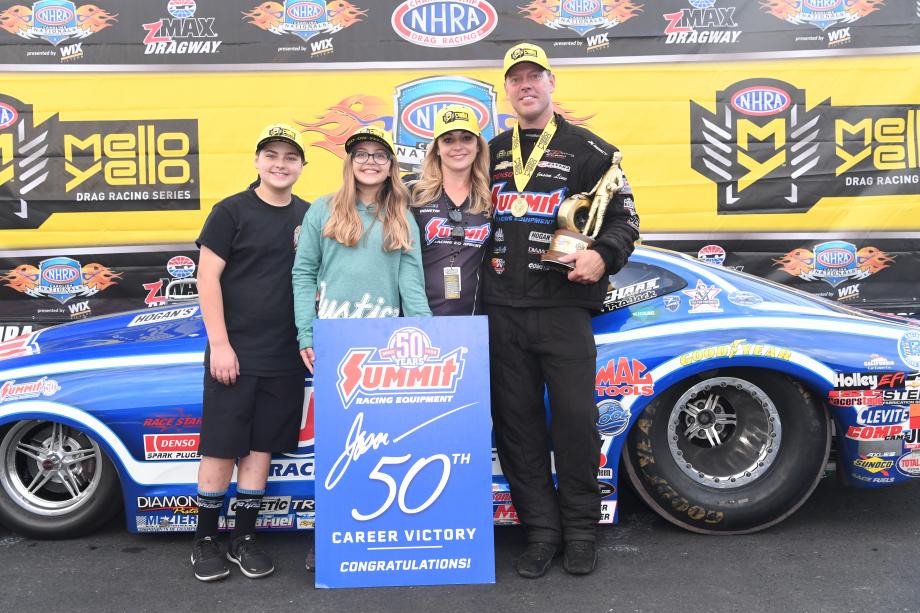 The next chapter in Line’s life and career will allow him to focus on the parts of the program that he is most curious about, the parts he most enjoys. “When I first started in Pro Stock I wanted to just get my license in the car, that was it. I didn’t plan on spending 18 years of my life making a living as a driver and doing all of this stuff.”

So what will the next 18 years hold for Line? “I’m going to learn some new things that I want to,” he says. “I want to work on some different parts of the engine that I haven’t before, and understand some things that I don’t right now.” He says that’s the cool part about racing. “This science project can go on forever, as long as we’re still selling racing gasoline. There’s a lot to learn for sure, and I’ve got a few things on my list that I’m gonna seek out and try to try to understand better.” 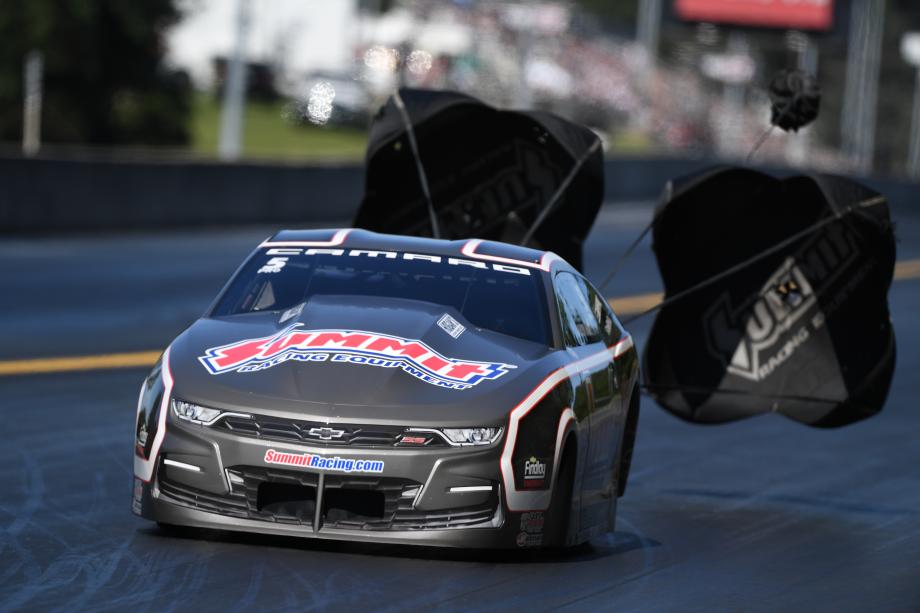