"I see something out of the corner of my eye, and it's ‘Big Daddy,' watching me"

There were a lot of thrills for Steve Torrence en route to winning the Top Fuel championship, but high on that list was his victory at the Amalie Motor Oil NHRA Gatornationals in a replica of “Big Daddy” Don Garlits’ Swamp Rat 14 dragster with Garlits himself in attendance rooting him on ... sometimes too close for comfort.
08 Dec 2020
Phil Burgess, NHRA National Dragster Editor
Feature

There were a lot of thrills for Steve Torrence en route to winning his third straight NHRA Top Fuel championship, but high on that list was his victory at the Amalie Motor Oil NHRA Gatornationals in a replica of “Big Daddy” Don Garlits’ revolutionary Swamp Rat 14 dragster with Garlits himself in attendance rooting him on.

“That was one of the highlights of my career, blazed into my mind,” he said, still marveling months later at the moment before he beat his father, Billy, in the final round. “It’s Gainesville, I’ve never won the race, driving the ‘Big Daddy’ tribute car, and I'm staging in the final.

“As I’m backing up from the burnout, I see something out of the corner of my eye, and it's ‘Big,’ and he standing that close to the starting line, looking at the beams. looking at where I’m staging the car, looking at where Billy staged the car, watching everything. And I can see him and it’s like, ‘Damn, “Big,” -- that’s kinda distracting.’ I’ll never forget it because I’m thinking, ‘Big Daddy’ is watching me; I think I might have made it.’ 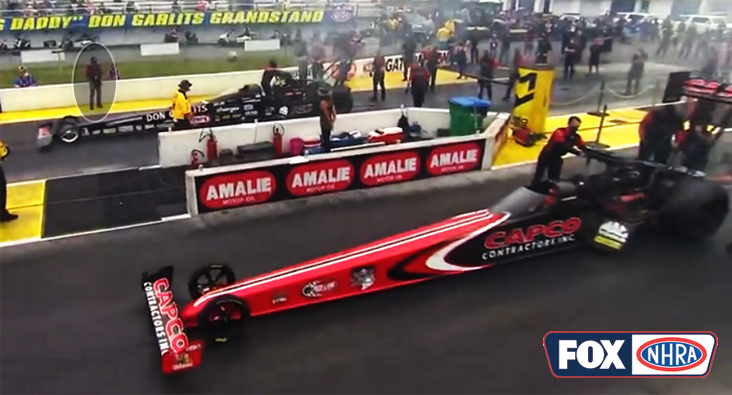 “So we run the final and get out of other end and he's down there and he's going over it blow by blow: ‘I saw where he staged it, You rolled it into here, he rolled it into here and I saw when you left you were ahead.’ He's analyzing everything and to get to have that experience and have that conversation and just the whole weekend. that'll be something that I remember forever.”

Torrence’s championship was his third, tying Garlits’ career mark, and with 40 wins, he has five more Top Fuel Wallys than Garlits, but don’t try to draw them as equals.

“No, I'm not even anywhere close to being Don Garlits,” he said humbly. “My first dream was just to be a Top Fuel driver, and then you get there, you're like, ‘Man I just wanna win a race.’ If I can win a race, that's it, and then I started winning races and it's like, ‘Maybe we can win a championship,’ and then we win a championship in 2018 and have the season we did and then in ‘19 to win the championship again and then this year, I don’t know if its disbelief or just hasn’t sunk in.” 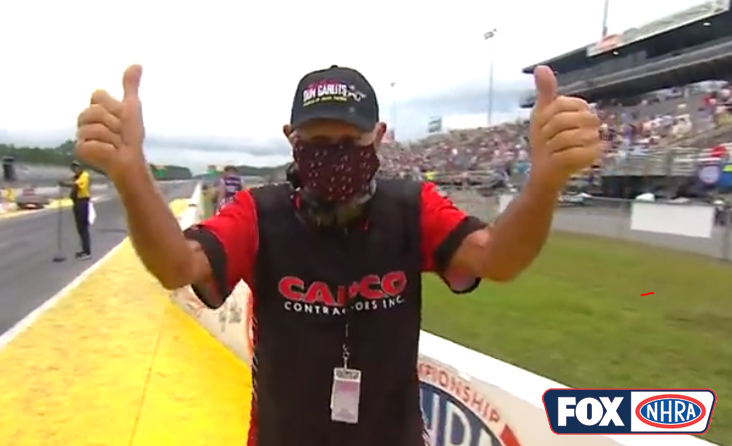 Even at a still-young 37, Torrence has a reverence for the heroes of our sport who came before him.

“Some of the legends of the sport were not the guys I grew up rooting for,” he admitted. “I’m 37, so ‘Big’ was before me. I'm Joe Amato, Kenny Bernstein, Darrell Gwynn -- those are my guys -- but to say I'm friends with ‘Big Daddy’ Don Garlits, it's really something. When you have conversations with people outside of racing and if they know nothing about drag racing they know three people -- ‘Big Daddy’ Don Garlits, Shirley Muldowney, and John Force -- and to say I'm friends with all three of those people and I can call them on a cell phone right now, it's like, ‘You gotta be kidding me.’ I’m been so blessed."