Jack Beckman used the break in racing action to offer a master's class on drag racing's early years: 1950-1959. These TED-talk-like lectures will continue to cover the early-’60s, but for those who may have missed them we present them in one easy to find location.
08 Jul 2020
Posted by NHRA.com staff
Feature 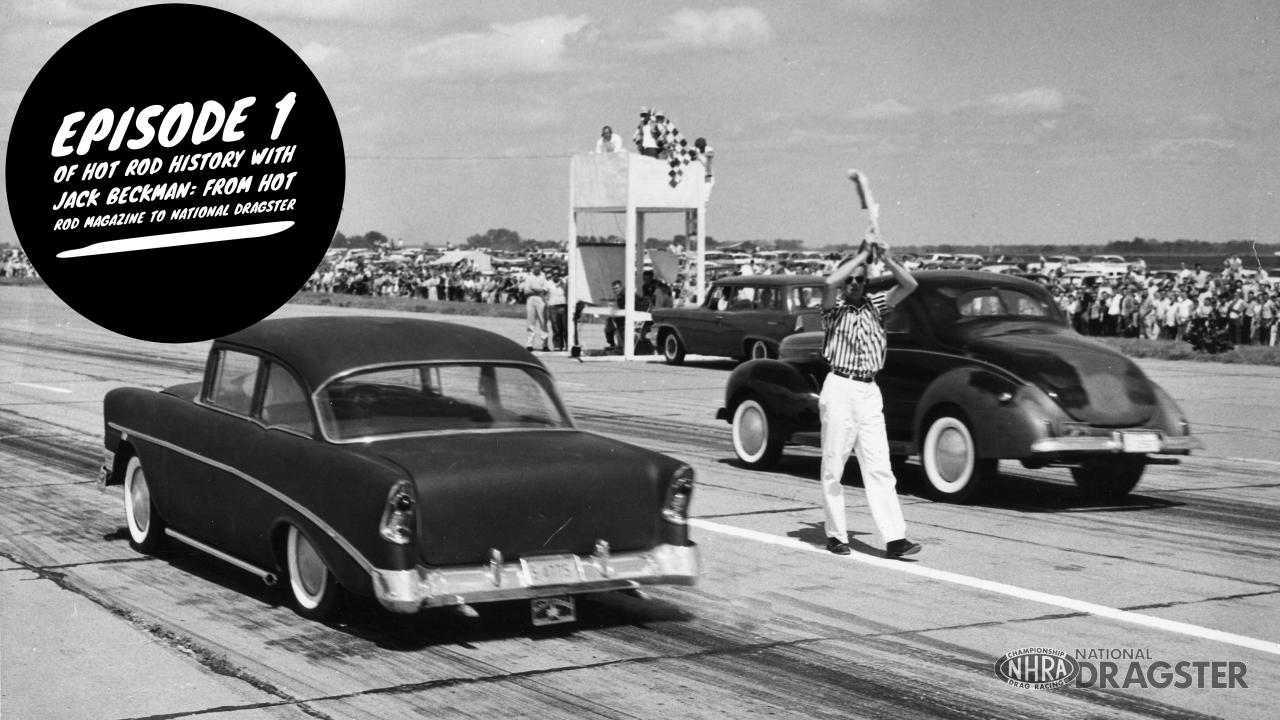 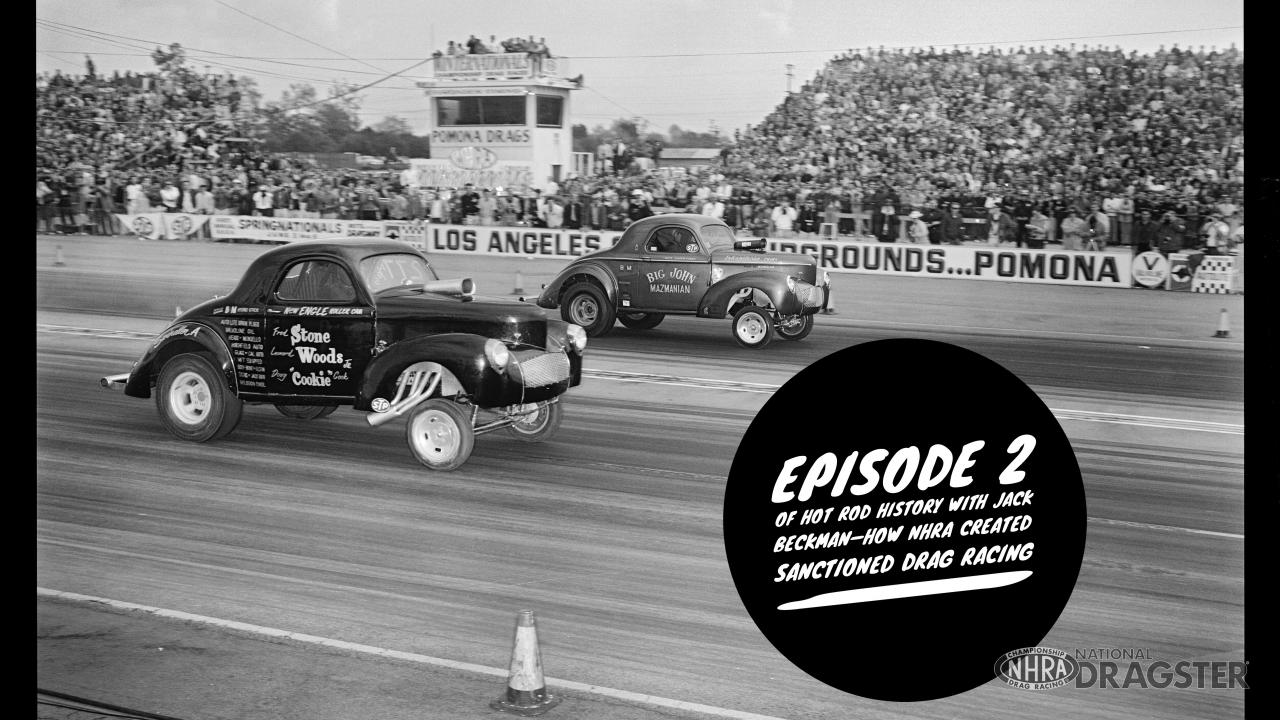 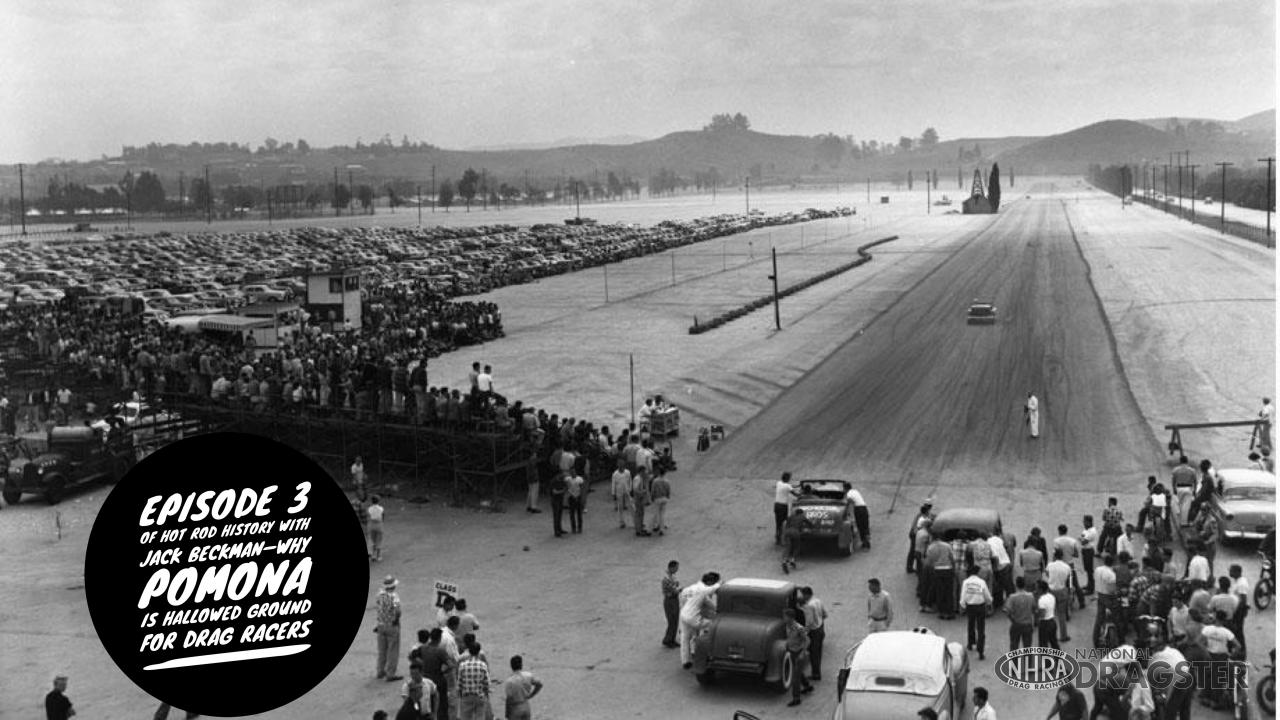 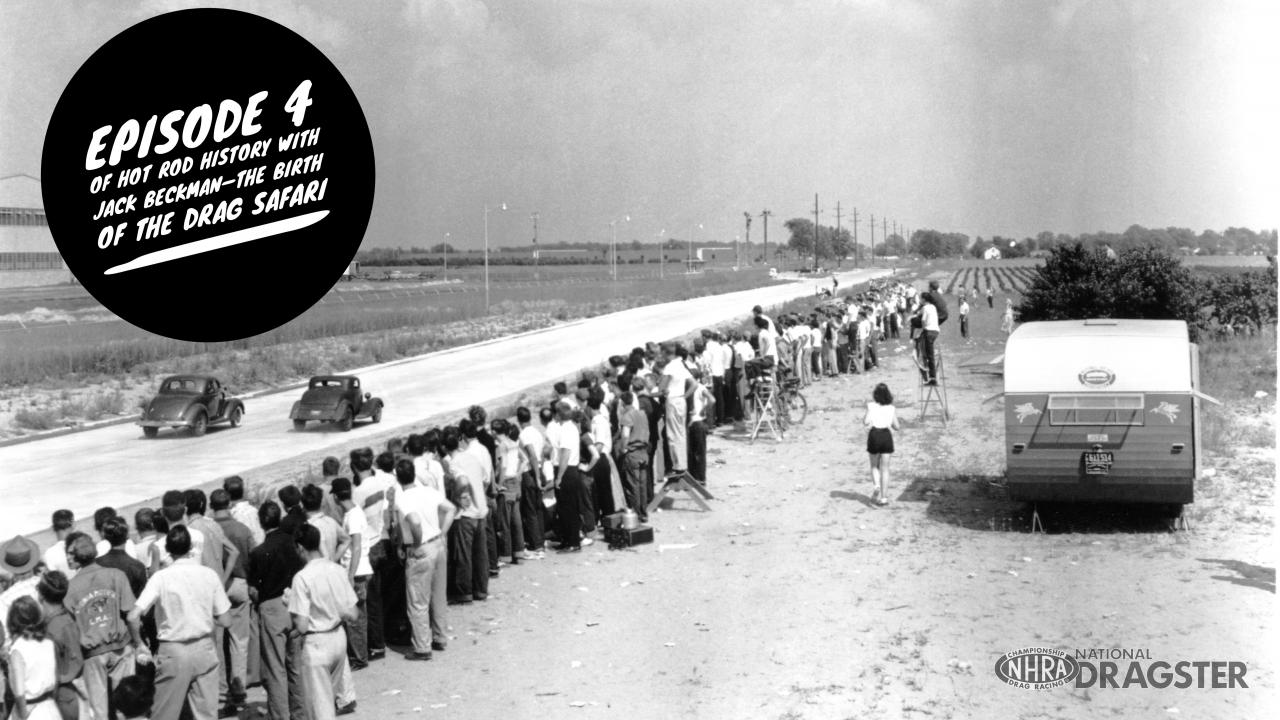 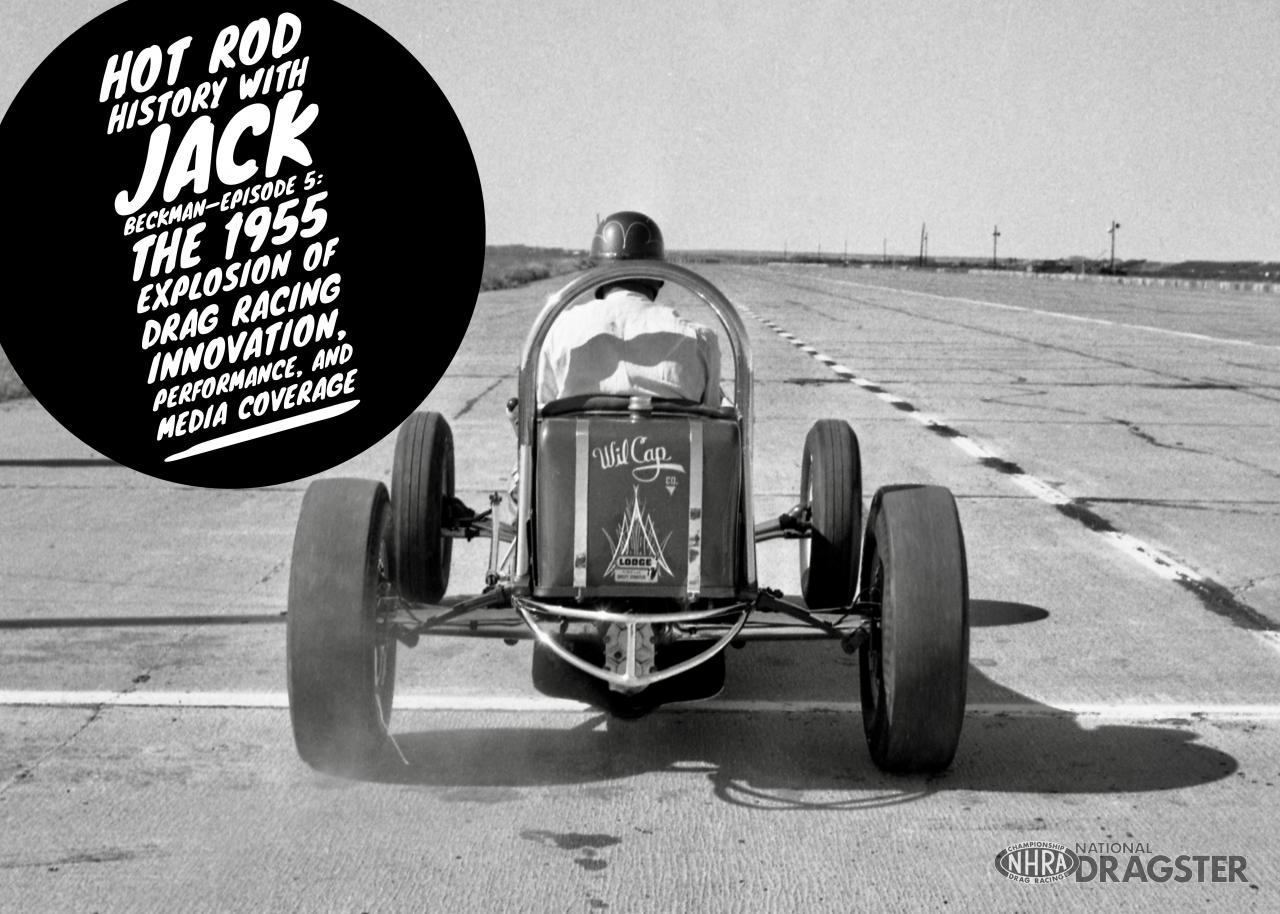 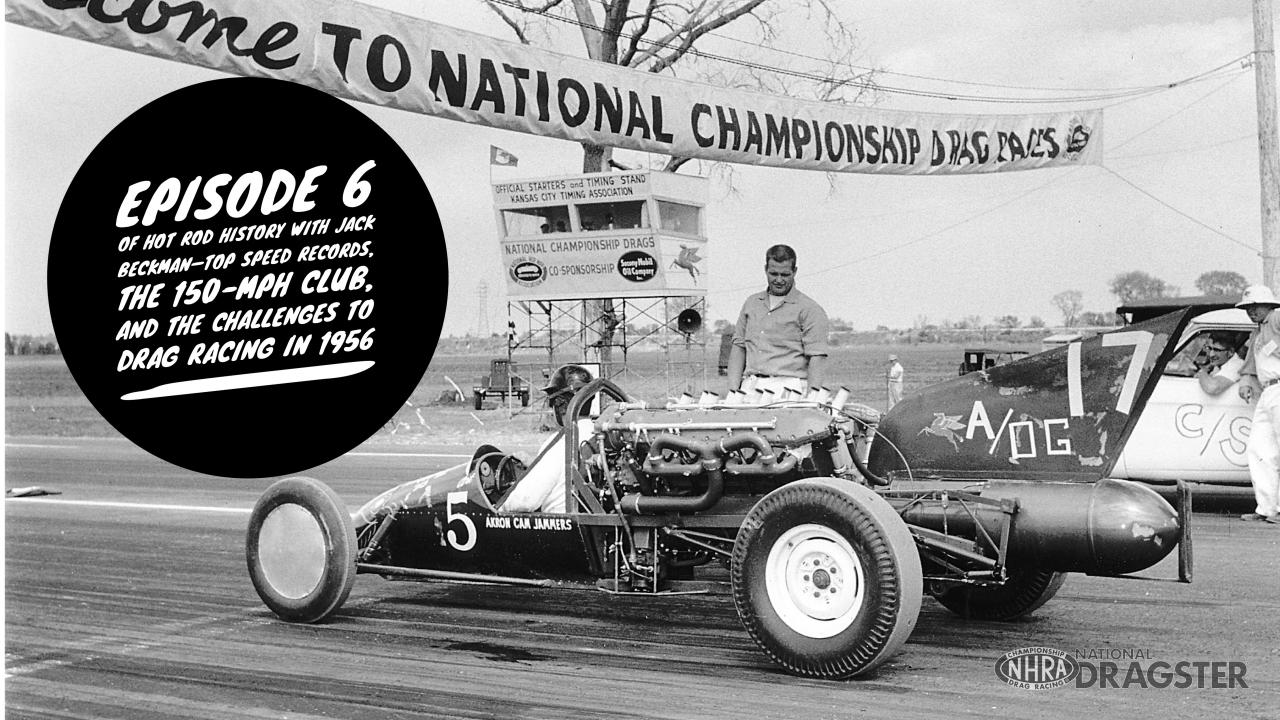 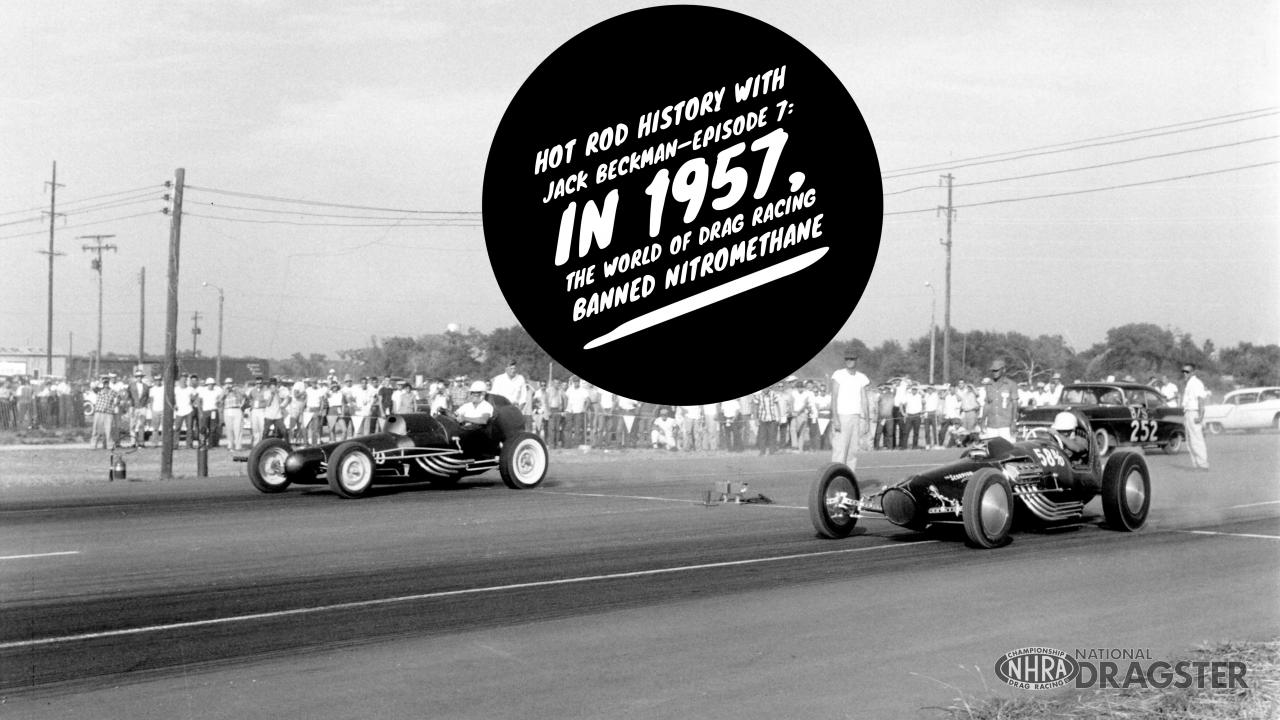 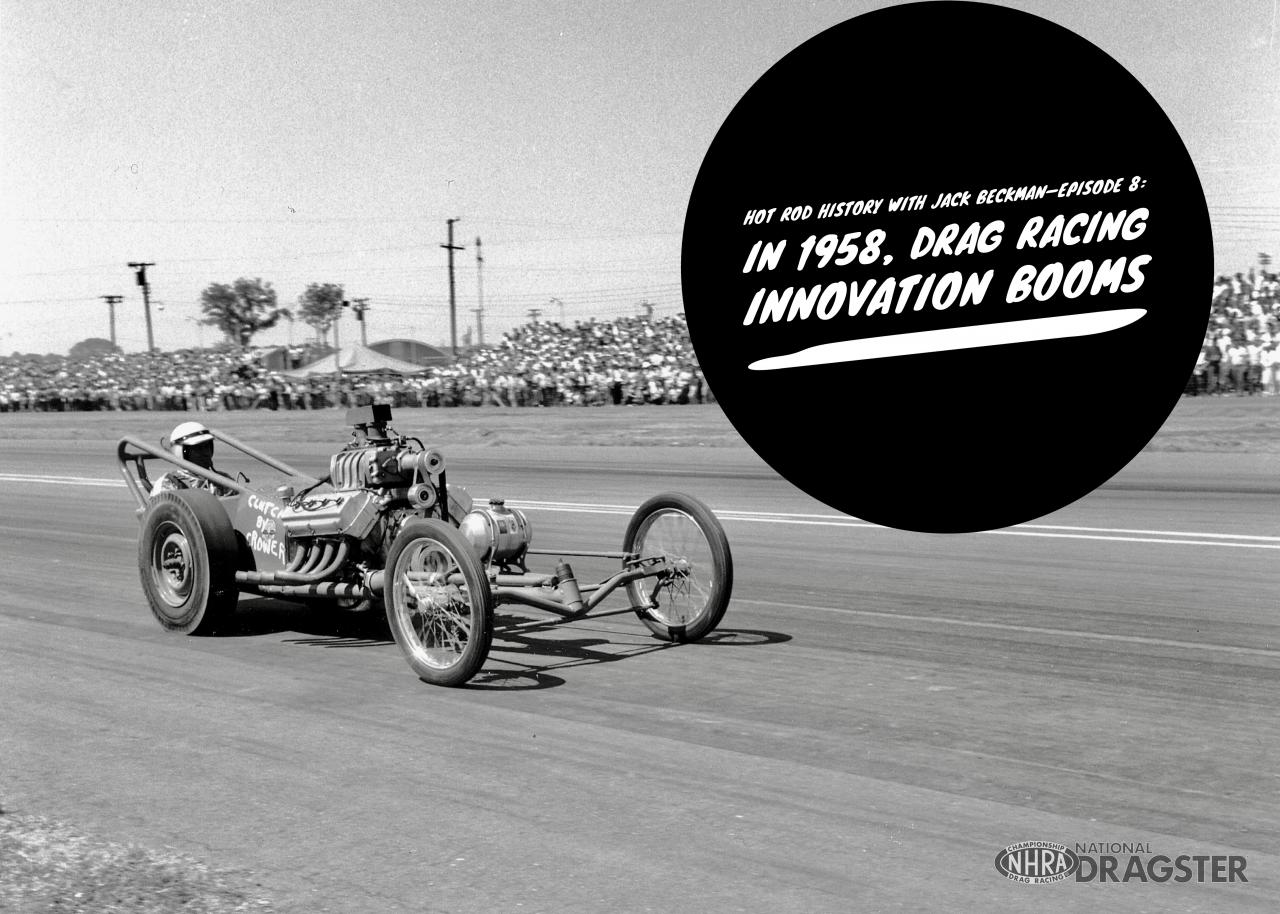 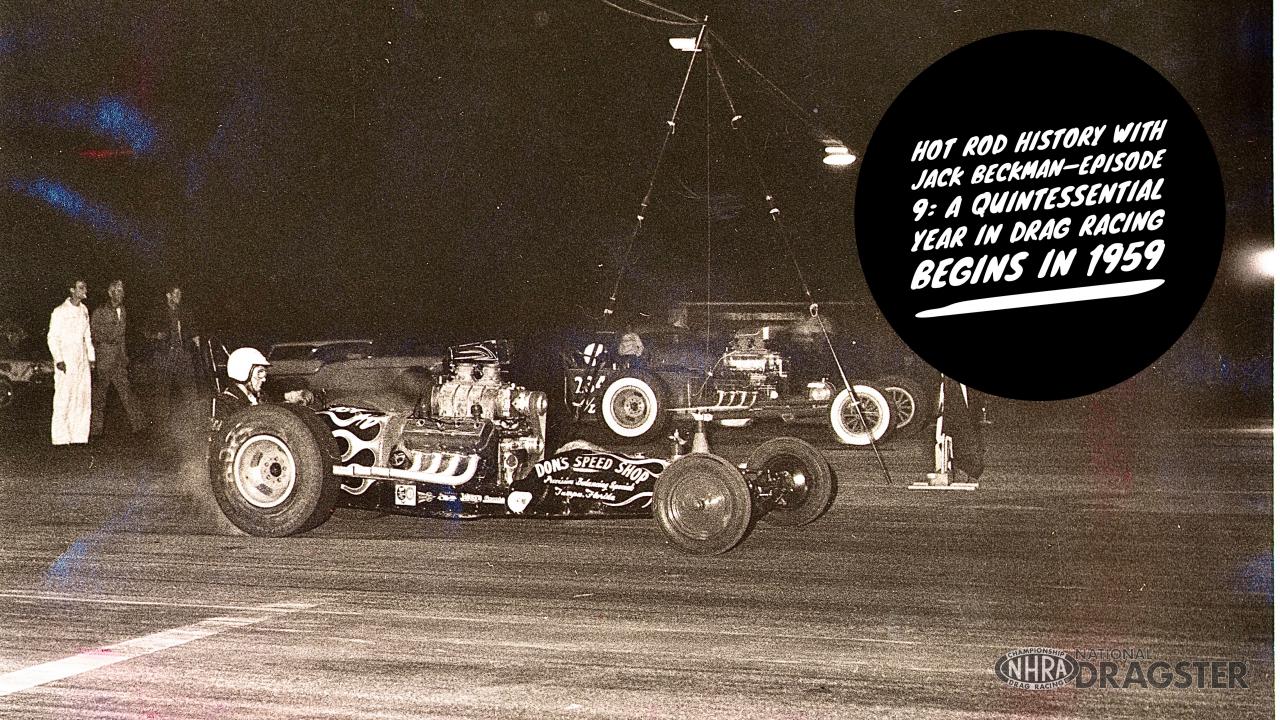 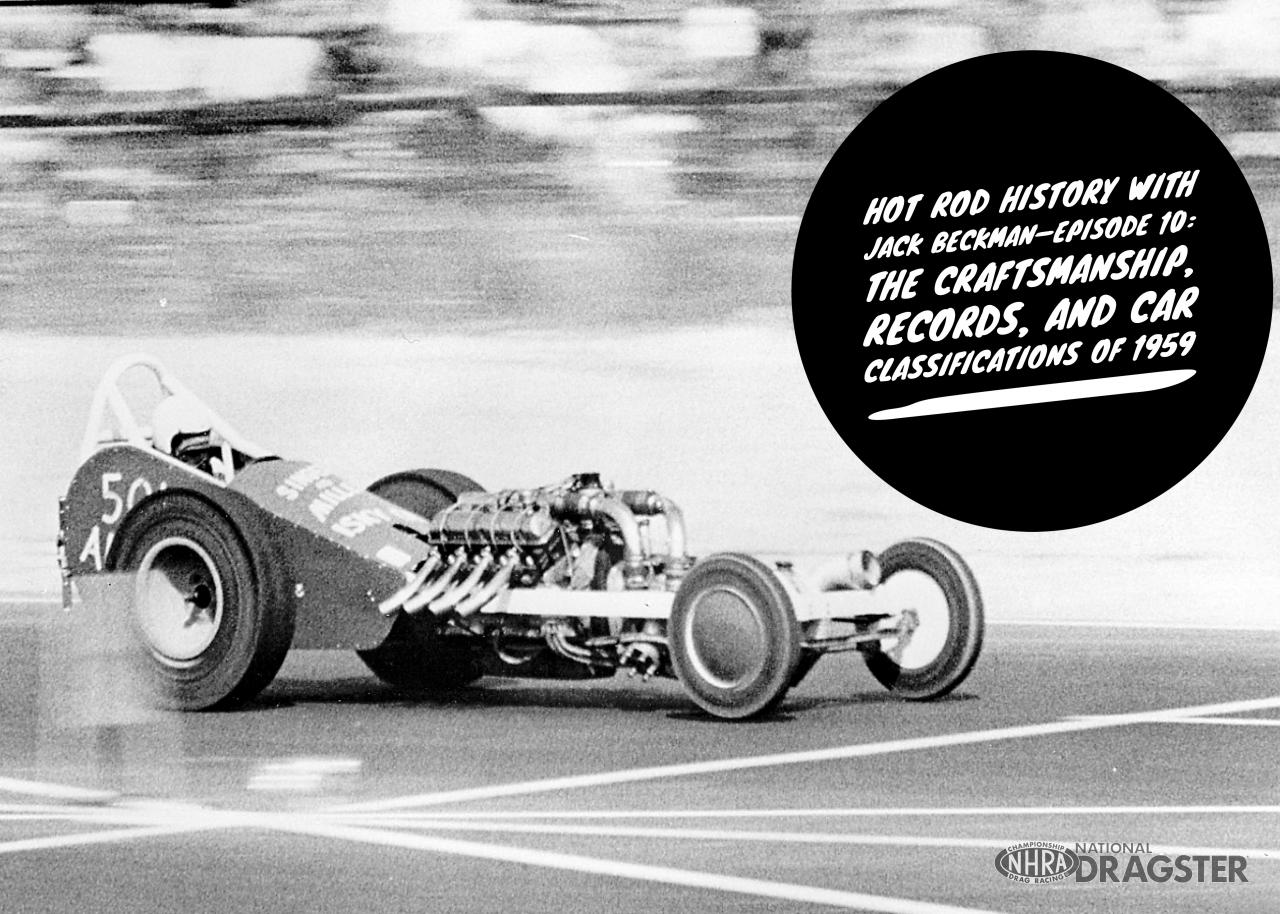 In the early days of drag racing there were lots of cars, lots of would-be racers, and lots of open land. The one thing in short supply was the structure needed to bring early hot rodders together to turn them into drag racers. Wally Parks, and his vision of a National Hot Rod Association (NHRA), promised to do just that.

Episode 1: From Hot Rod Magazine to National Dragster— Jack walks us through the basics of when commercially successful drag racing began, and how Wally Parks made the case for the creation of a National Hot Rod Association (NHRA) using a pen name and a letter to the editor in Hot Rod.

Episode 3: How Pomona Became Drag Racing's Hallowed Ground—Learn why Pomona is Hallowed Ground for Drag Racers, Jack explains how a groups of newly connected car (and motorcycle) people turned the North end of the Fairplex into drag racing's fatherland.

Episode 6: Top speed records and the challenges to drag racing in 1956—Top speed records, the 150-mph club, and the challenges to drag racing in 1956 , Jack recounts how NHRA  headquarters moved to its new home on North Vermont Ave in Los Angeles, how different drag racing organizers were running similar events, and how the Art Arfons was the NHRA's first member of its 150-mph club—even though Lloyd Scott's Bustle Bomb had been the first to break that record the year before.

Episode 8: In 1958, drag racing innovation booms!—Jack takes us through the front-engines, rear-engines, twin-engines, and even airplane-engines (running gasoline and nitromethane) powering speed machines across America, and around the globe. Don Garlits is named NHRA’s Southeast region advisor, Lynn Sturmer (the only woman licensed to drive a dragster) wins a Top Eliminator, we see the first purpose-built drag slicks debut, and the proliferation of prizes over prize money for winning a drag race.

Episode 9: A quintessential year in drag racing begins in 1959—Jack tells us how drag racing entered its 10th year as a successful sport, NHRA was bullish on car clubs (in Los Angeles there were more than 800), and the NHRA U.S. Nationals moved to Detroit. Plus, we see the origins of the Famoso March Meet take form with Don Garlits as the main attraction, the “Standard 1320” record was established, Swamp Rat got a supercharger, Don Prudhomme grabs his first Top Eliminator win, Chris Karamesines wins a race after grenading his engine (and is only able to run on seven cylinders), and Wally Parks and Don Garlits both weigh-in on the benefits of eighth-mile drag racing.

Episode 10: The records and car classifications of 1959 —Jack recounts the closing of the Santa Ana Drags, parachutes becoming state of the art for cars hitting 130 mph, and "TV" Tommy Ivo selling his famous 1925 Ford for $2,000—a car he later offered $250,000 for, and was turned down. Also in this episode, Don Garlits goes 183 mph, NHRA has 100 stockers show up to the U.S. Nationals, Jack explains the nature of NHRA car classifications, and the Chrysler Ramchargers make their debut.

What is Hot Rod History with Jack Beckman: A Quarter-Mile at a Time?

This is a master’s class in drag racing, taught by a 300-mph professor. Jack Beckman offers a unique perspective on our sport, as one of the few active NHRA racers who’s also student of the sport’s technology, history, records, and exceptional moments. We are joining Jack on this journey, and partnering with Jack and Dodge Garage to share the experience.

Future installments will be hosted on DodgeGarage.com, NHRA.com, and Jack Beckman's Facebook page. All episodes will ultimately  be indexed on all three platforms for your reference and enjoyment.