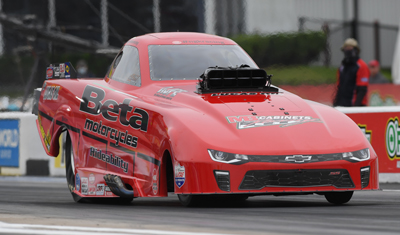 Gordon came into the Houston event locked in a battle with two-time and reigning champion Sean Bellemeur for the top spot in the Top Alcohol Funny Car class. Gordon had six wins on his scorecard for the including victories at the Denso Spark Plugs NHRA U.S. Nationals and last week’s AAA Texas NHRA Nationals in Dallas. Gordon and his Beta Motorcycles team suffered a rare loss in round one in Houston and had to wait until the late rounds on Sunday to learn their fate. Bellemeur needed a win to keep his title hopes alive but was dealt a crushing blow when his Hussey Performance Camaro wouldn’t start prior to his semifinal match against Chris Marshall. Bellemeur’s heartbreaking loss officially clinched the title for Gordon, who has now finished in the Top10 for seven-straight seasons. 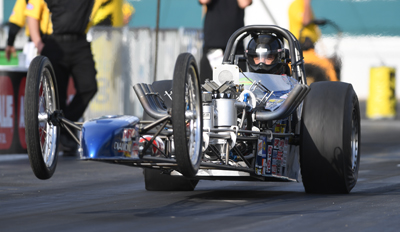 Bourgeois, the 2015 Comp world champ, has added a second title following his win on Sunday at Houston Raceway Park. Driving his unique A/Nostalgia Dragster, Bourgeois capped off his amazing 2020 season by beating three-time and reigning champion Frank Aragona Jr. in the Houston final. Bourgeois now has an insurmountable point total with five wins and a runner-up finish including a sweep of the Texas Motorplex Lucas Oil Series double-header last month.

Worner joined his twin brother, Byron, as an NHRA champion in Super Stock simply by winning the first round of competition at the JEGS SPORTSnationals event in Las Vegas. Worner entered the event with a commanding lead following a three-win season. Jeff Miller scored a clutch win in Houston which would have put him in title contention, but Worner’s single round win put the title out of reach. Byron Worner, the 2012 world champ, is also on pace to post a top 10 finish. 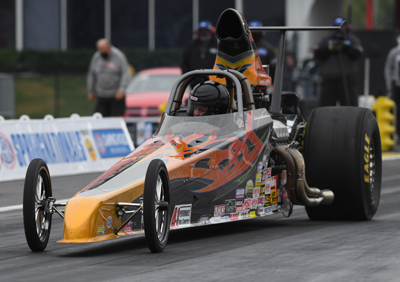 Coming off back-to-back national event victories in St. Louis and Dallas, Dodd’s Super Comp win streak ended at 14 rounds when he lost in the quarterfinals in Houston but his point total of 638 markers has put the title out of reach. In addition to his national event wins in St. Louis and Dallas, Dodd’s impressive 2020 season includes three divisional wins. Dodd’s father, Sean also has a Lucas Oil Series win in Comp this season.

Gordon, Bourgeois, Worner, and Dodd join Aaron Stanfield and Randal Andras, who have also been crowned champions in the SAMTech.edu Factory Stock Showdown and Mickey Thompson Top Fuel Harley, respectively. The championships in Top Alcohol Dragster, Stock, Super Gas, Top Dragster, Top Sportsman, and the four Camping World NHRA professional categories are still up for grabs heading into the final two weeks of racing including the Dodge NHRA Finals presented by Pennzoil and the final Division 7 Lucas Oil Series event, as well as the completion of the weather-delayed JEGS SPORTSnationals.