Erica Enders settles comfortably into role as mentor, but also committed to learning

As a driver, three-time and reigning Pro Stock champion Erica Enders is still very much on top of her game, but her role at Elite Performance goes well beyond that of just hired gun.
09 Jul 2020
Kevin McKenna, NHRA National Dragster Senior Editor
Feature

As a driver, three-time and reigning Pro Stock champion Erica Enders is still very much on top of her game, but her role at Elite Performance goes well beyond that of just hired gun. The Elite team has lately welcomed several new drivers to the Pro Stock class, and Enders has taken it upon herself to help shorten the steep learning curve that is often associated with driving a mid-six second 210-mph Pro Stock car. 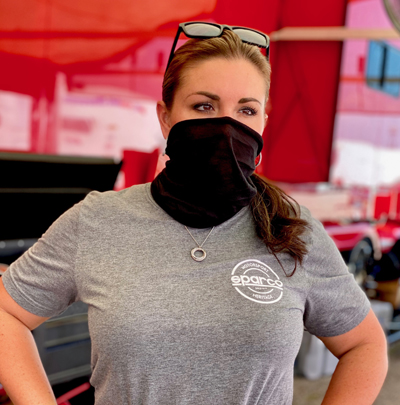 This weekend, Enders will continue her pursuit of a fourth Mello Yello Series championship, but she’s also ready willing, and able to help her teammates, including Troy Coughlin Jr., who is making his debut in the class, and Bruno Massel, who is making his first start in the class in five years. Coughlin is a national event winner in Super Gas, Super Comp, and Top Alcohol Dragster and also has experience driving in Top Fuel and Pro Mod while Massel is a two-time Lucas Oil Series Comp champ. As impressive as their resumés may be, a Pro Stockcar is an entirely different animal, and when it comes to doling out advice, Enders is an open book.

“There is no question that they can’t ask me or no bit of information I won’t offer if I think it will help make them a better driver, or help out the team in some way,” said Enders. “I can remember when I first started driving a Pro Stock car, I struggled to learn all the little things that go with being a successful driver. These things are not easy to drive, and it takes some time to get all the details down. Nothing beats seat time; the more runs you make the better you're going to be. It’s as simple as that, but there are still a lot of things that I feel I can offer; whether its tips on doing a better burnout or cutting a light, or whatever. I’m here to help.”

During the formative years of her career, Enders often received advice from fellow Pro Stock racers, include words encouragement and technical advice. Not surprisingly, current Elite teammate Jeg Coughlin Jr. prove to be one of her most ardent supporters.

“Jeg was my best mentor by far,” said Enders. “When I first started in Pro Stock, he was a casual friend. He really didn’t know me that well but that didn’t stop him from helping me. I think he’s the best there’s ever been and now that we’re teammates we talk a lot about set-ups and we’ve found that when it comes to clutch settings and things like that. We’ve also found that we think alike which is great because it’s always good to have someone to bounce ideas off of.”

Enders’ role as a teacher is admirable, but it begs the question, does she fear the possible consequences of giving too much information to a potential rival?

“Oh, not at all,” she says without the slightest hesitation. “Look, you can give someone as much information as possible as far as what I do in the car but it’s still up to them to get in the car and execute the game plan. I went over a few things with Bruno recently. He typed up a step by step guide that had every movement and every procedure for driving one of these cars from start up to return road. That’s useful information because when you go through those steps in your mind or you actually do them in the car, your brain doesn’t know the difference. It’s all about repetition.

“This is one of the things I really admire about the way Richard [Freeman, Elite team owner] runs this operation,” He’s very open to an exchange of information. Most Pro Stock teams are very secretive, and I totally understand why that’s necessary, but when it comes to driving, we really go out of the way to support each other. I previously worked with Drew Skillman and last winter I had a chance to help Marty [Robertson] and I really enjoyed it.”

Enders also had high praise for Coughlin’s nephew, Troy Jr., who is making his debut in the Pro Stock class this weekend. The third-generation driver had little trouble making the switch from Top Alcohol Dragster to Pro Stock, and he’s already being tabbed as a future star in the class.

“That kid,” Enders said, pointing to Troy Jr., “Future world champ, for sure. He’s a natural. When he drove Jeg’s car in testing you wouldn’t have known he was making his first runs in Pro Stock. His runs didn’t look any different than Jegs runs.”

As much as she enjoys teaching, Enders is also not opposed to learning a few new things herself and that became evident when she made her debut in Comp eliminator earlier this year behind the wheel of Lee Sharp’s Elite-powered Super Modified car. Enders set the record for the C/Super Modified class at the recent Lucas Oil Series event in Houston, but has struggled to adapt to the full Christmas Tree that’s used in Comp. She hasn’t raced off the bottom bulb since her days in the Jr. Dragster series.

“Its frustrating because this is the first time I’ve raced a clutch car on the bottom blub and it’s a challenge,” Enders said. “It’s really easy to go red and that’s been my problem. We tested last week in Tulsa and I’m working on a few things so we can go back out for the Topeka double-header. That car is too good. It should be out there winning races and I’m determined to make that happen.”