Childhood memories and a first win: Gainesville is special to Brittany Force

When racing resumes with this year's Amalie Motor Oil NHRA Gatornationals, Gainesville Raceway will be a welcome sight to Brittany Force. From being at the track as a baby to winning her first career race in Top Fuel, the track has been home to so many enjoyable occasions in her career.
30 Mar 2020
Posted by NHRA.com staff
Feature

When the NHRA season restarts in June it will be with the Amalie Motor Oil NHRA Gatornationals at Gainesville Raceway, which is just great with Brittany Force, Gainesville Raceway was home to the first great moment in her own driving career, but her memories at the iconic track stretch back much further and those moments will come flooding back as the Top Fuel star prepares for this weekend’s 51st annual Amalie Motor Oil NHRA Gatornationals. 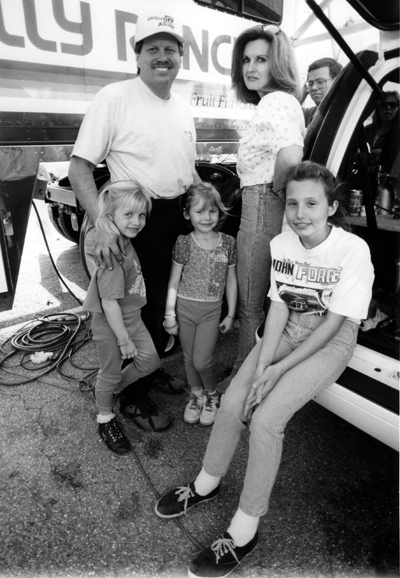 From being at the track as a baby to winning her first career race in Top Fuel, Gainesville has been home to so many enjoyable occasions in her career. There’s no denying the impact the track has had on her career, whether it was going there as a youngster to watch her dad, legendary 16-time Funny Car world champ John Force, or collecting her first career NHRA Mello Yello Drag Racing Series win in 2016.

“That first win is something you’ll never forget,” Force said. “It was a big one for me. I had been chasing that for a long time and that it happened at such a historic track, that’s something else that makes it so memorable. It’s a track I grew up at. I remember going there as kids, flying clear across the country. It was a big event for my whole family, sitting in the stands and cheering on my dad. It was always on the circuit when we were kids, and the Gatornationals was always on the list of races we got to go to.”

Force’s first career Top Fuel win also included the first John Force Racing double-up, as reigning Funny Car world champion Hight also won that weekend in 2016. It added to the magnitude of that special moment for Force, who has lauded Hight for his role in her standout career. Since then, Force has impressed at every turn, winning the 2017 championship and finishing third last year. She’s second through two events in 2020, qualifying in the top spot at the first two races. Force also had high praise for her team, led by David Grubnic and Mac Savage, as they start their second year together.

“One of the things coming into this season is my confidence level is at a different place than last season at this time,” said Force, who has 10 career wins. “We brought in a whole group last year from top to bottom. It wasn’t easy for anyone and it was a lot of adjustments. But David Grubnic and Mac Savage made a point for everyone to get to know each other, and we all got along so well. It’s been really great.” 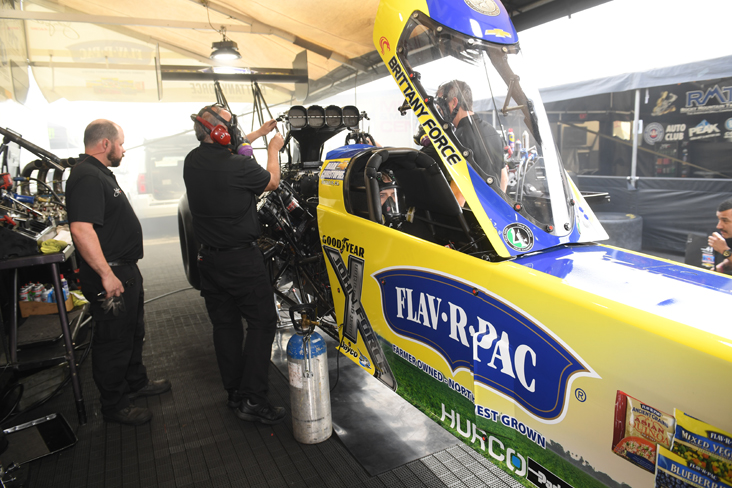 This season, Force's team has also welcomed the support of a new primary sponsor for the world championship-winning team in Flav-R-Pac, an industry leader in packaged frozen fruits and vegetables that made its debut with a colorful entry at the NHRA Arizona Nationals just before the racing hiatus began. The company is owned by Frank Tiegs -- who also is the owner of the Montana Brand Tools/Rocky Mountain Twist brands that sponsor teammate Austin Prock’s dragster -- and will have top billing for 10 races of the upcoming season.

“I’m anxious to get [back to racing],” Force said. “In the second round at Phoenix, I screwed up. I’m ready to put it behind us and I’m ready to get in the swing of things. I love Grubnic’s style and the way he incorporates the whole team. He gets everyone involved, he asks for our advice, and I love learning from him and working with him. We’ve got a whole new level of confidence and we’re going to attack and be aggressive out there.”

To purchase general-admission or reserved seats to the Amalie Motor Oil NHRA Gatornationals, call (800) 884-NHRA (6472) or visit www.NHRA.com/tickets. Kids 12 and under are free in general admission areas with a paid adult.