Brian Lohnes: The 10 Most Interesting People I Have Met In Drag Racing

My job in drag racing requires me to interact with loads of people, from the television crew to the racers who are on the track, the crew members who service the cars, fans, manufacturers, tuners, and more. In a line of work where you augment pictures with words, the more you have to work with the better. For this reason, when it was suggested I compile a list of the 10 most interesting people I have come to know in drag racing, it got hard quick.

There are some easy answers like John Force, Shirley Muldowney, Jack Beckman, etc. They are all fascinating people and I could have easily included them on the list. I tried to dig a little deeper though. I found myself struggling with this but in the end, I edited a long list down to 10 people who have flummoxed, impressed, shocked, entertained, educated, or otherwise made strong a strong impression on me. This list is in no particular order until you get to the last one, who is my No. 1. 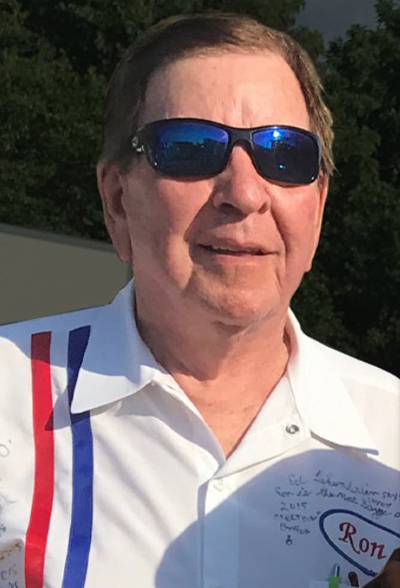 Ron Leek’s booming voice and infectious laugh were his calling cards. I announced a few NHRA National Hot Rod Reunions with him in Bowling Green, Ky., and we had a riot that brought on our friendship. Leek was one of the most innovative, hardcore, and whip-smart track operators in drag racing history. He once defeated the local government that was trying to choke him out of business. Ron came from nothing and built himself into a success on many levels. I learned a lot from Ron Leek and, as his end was nearing, he called his friends for one last chat. Even during that conversation, I came away with something. His influence on bracket racing and race promotion can still be felt. Plus, how can you not love a man who created the World Power Wheelstanding Championships?! 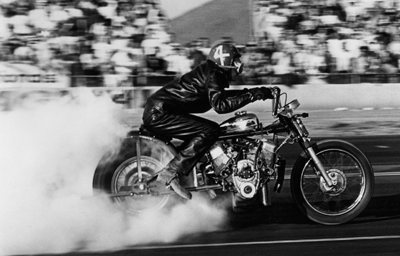 I befriended E.J. Potter while in college after I called a number (1-800-A-MadMan!) in Hot Rod to buy his book and VHS tape. Potter himself answered the phone. The dude who ran a V-8 motorcycle and V-12 Allison-powered Plymouth and Dart wagons and became a tractor-pulling icon, was talking back at me. I kept in loose contact with E.J. until he passed away a few years ago. I interviewed him for websites and magazines between that college phone call and his passing, each time the depth of his brilliance would escape his homespun language. He was as smart as I thought and smarter than anyone will ever understand. 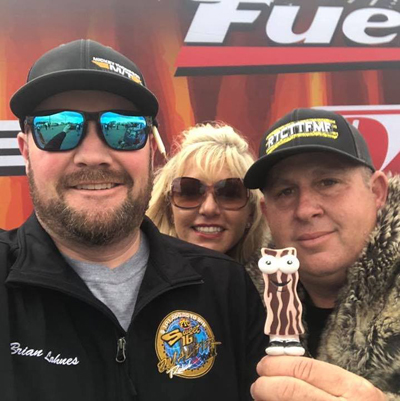 Long is the most well-known drag racing promoter in the game right now and he’s definitely one of the most interesting people I have ever met. He is bombastic, he is outlandish, he is on or across the borders of taste anytime you see him on the internet. Once you get past the public absurdity, you find a person who is 100% concerned with the racer and fan experience at his events: insightful, creative, and dedicated to making sure people leave paid and with a smile on their face. Most know “Duck” from the internet. Most don’t know Donald at all. 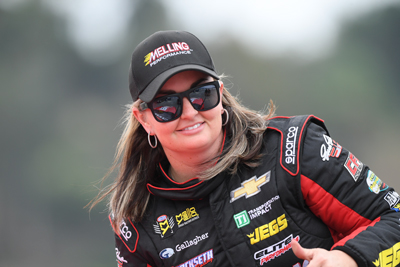 A Three-time Champion Formed By Grit, Guts, and Work

The majority of people on this list are not of my age bracket. That’s not a knock on anyone. Here’s a person who is. Double E makes the list because she’s the most talented heads-up racer I have ever seen operate under pressure on the biggest stage the sport can offer. Her story is well known. The depth of her story may not be as well known by all. People who exhibit iron will are the most interesting to me. Through her years of underpowered rides to her years as a champion, she saw the prize the whole time and no matter how far things tried to push her off course she successfully pressed on. Public figures in any realm are subjected to pressures most don’t understand, nor should they. Perhaps this is why I find her so interesting. She’s carried the weight and managed to seemingly thrive on it at times. 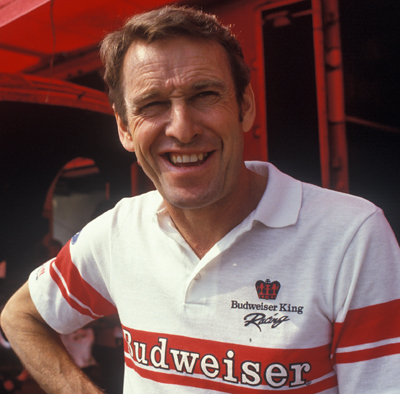 I never got to see Dale Armstrong race in person. I watched Dale Armstrong from my living room carpet as a kid. I watched him do incredible things with the tuning of dragsters and Funny Cars. I knew he was smart and I knew I liked the guy as a kid, but when I got to work with him on some stories before he passed away, he was even greater than I could have imagined. Normally, people of Dale Armstrong’s intelligence level can be challenging to interview and talk to. They have expectations of someone’s knowledge. Dale was a consummate gentleman, a teacher, and a genius through and through. I wish I had gotten to know him better earlier. A truly brilliant empirical mechanical mind the likes of which we may never see again in drag racing. 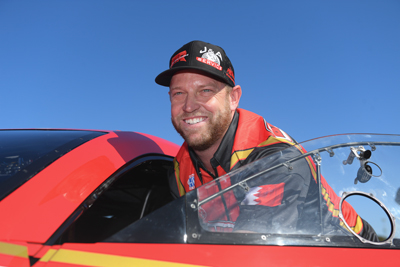 When drag racing’s great legends speak, they often tell stories about working hard and about climbing up the ranks. They talk about getting bloody, being in the trenches, and slogging through the bad times to achieve the good ones. The modern version of all those guys and girls is Stevie “Fast” Jackson. He’s got charisma, guts, skills, and a freakishly unrelenting drive to dominate whatever style of racing he competes in, and there’s not another guy in the sport right now who can match him pound for pound. I see Stevie a lot in and out of the NHRA and his skill, drive, and temperament continue to fascinate me. He’s a steam engine in Nomex. 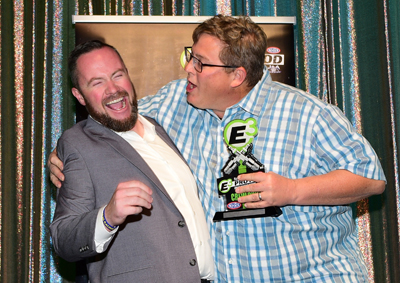 The Crew Chief Who Can Quote A Greek Tragedy

“We’re living in a Greek tragedy, man.” Perhaps the most memorable text I have ever gotten in drag racing. It came from Billy Stocklin after the fourth of five qualifying sessions at the 2018 NHRA U.S. Nationals where “Stevie Fast” did not get down the track. They were not in the show and it was looking bleak. Then the boys made it in on a Hail Mary fifth session run. “BLANK you, Oedipus,” was the next message I got from him seconds after the guys had won the U.S. Nationals on Monday afternoon. I have seen Billy make every form of drag racing car he has ever touched -- from Mountain Motor Pro Stocks to radial tire cars, Pro Mods, and more -- go faster. Manzo respects him. Enough said. 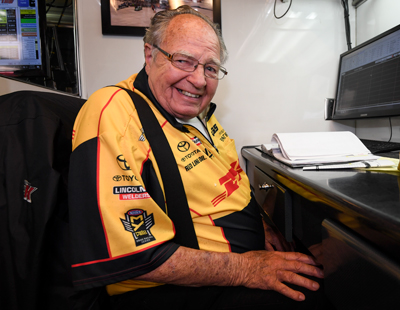 He’s raw, he can be gruff, he’s got photos of himself with every president for decades in his office, and he buys massive airplanes like you buy canned corn. Is Connie Kalitta interesting? He’s fascinating, captivating, inspiring, and intimidating all at once. I had occasion to sit with Connie Kalitta for a couple of hours in his office and talk to him about life, business, and drag racing. It is a small sliver of time in my life that I’ll never forget. Connie is a businessman on a level that no one else in drag racing even scratches and I say that with respect to all those other businesspeople in drag racing. Perhaps the best part of Connie is that you’d never know it if you saw him walking down the street. He’s one of the most interesting people I have ever met. His approach to life, business, and racing is unique and successful nearly beyond measure. 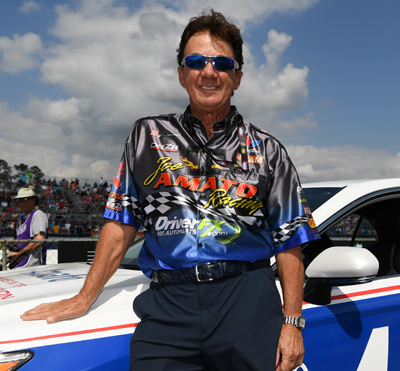 You are never supposed to meet your heroes, they say. None of them ever met Joe Amato. A Top Fuel and business colossus who is one of the most fun guys you’ll ever hang out with, Amato is fascinating. He bootstrapped a small family company into a cornerstone of the automotive aftermarket after leaving school at the age of 16. Decades later he sold the company for nine figures. He raced with a kind of East Coast swagger that made him my favorite driver as a kid and, as I have come to know him as an adult, he’s as genuine and real as any drag racer I’ve ever met. Success changes people, but not people named Joe Amato. Joe Cool truly is. 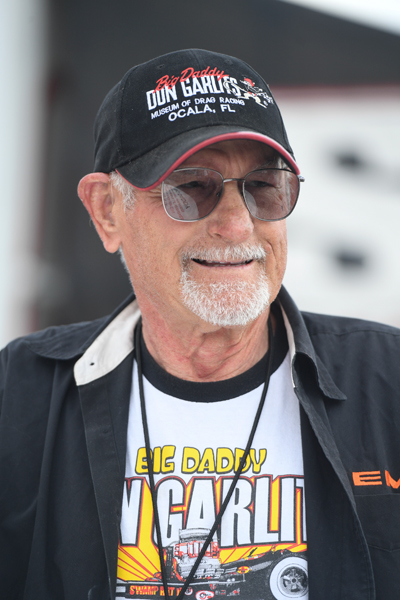 Babe Ruth With A Hemi

He’s the greatest drag racer who has ever lived. He’s as complex as advanced calculus. He spent his career challenging authority, challenging his body, challenging physics, and kicking everyone’s ass along the way. My first interaction with Don Garlits came when I was a kid racing at New England Dragway. He was there for a Super Chevy Show and was signing autographs. I had a perfect light the round before. I waited in line, bought a poster, and asked him to sign my time slip. After a moment of careful study, he looked me in the eye and said, “Nice job, kid.” I was 20 years old and can remember it like yesterday. No single person has been a more positive, disruptive, influential, combative, and vehement force for change in drag racing than Don Garlits. From battling his competitors, Wally Parks, and whoever else was in the way, Don Garlits is drag racing. His entire being and makeup place him at the head of my list, no question.