Brad Plourd: Have talent, will travel 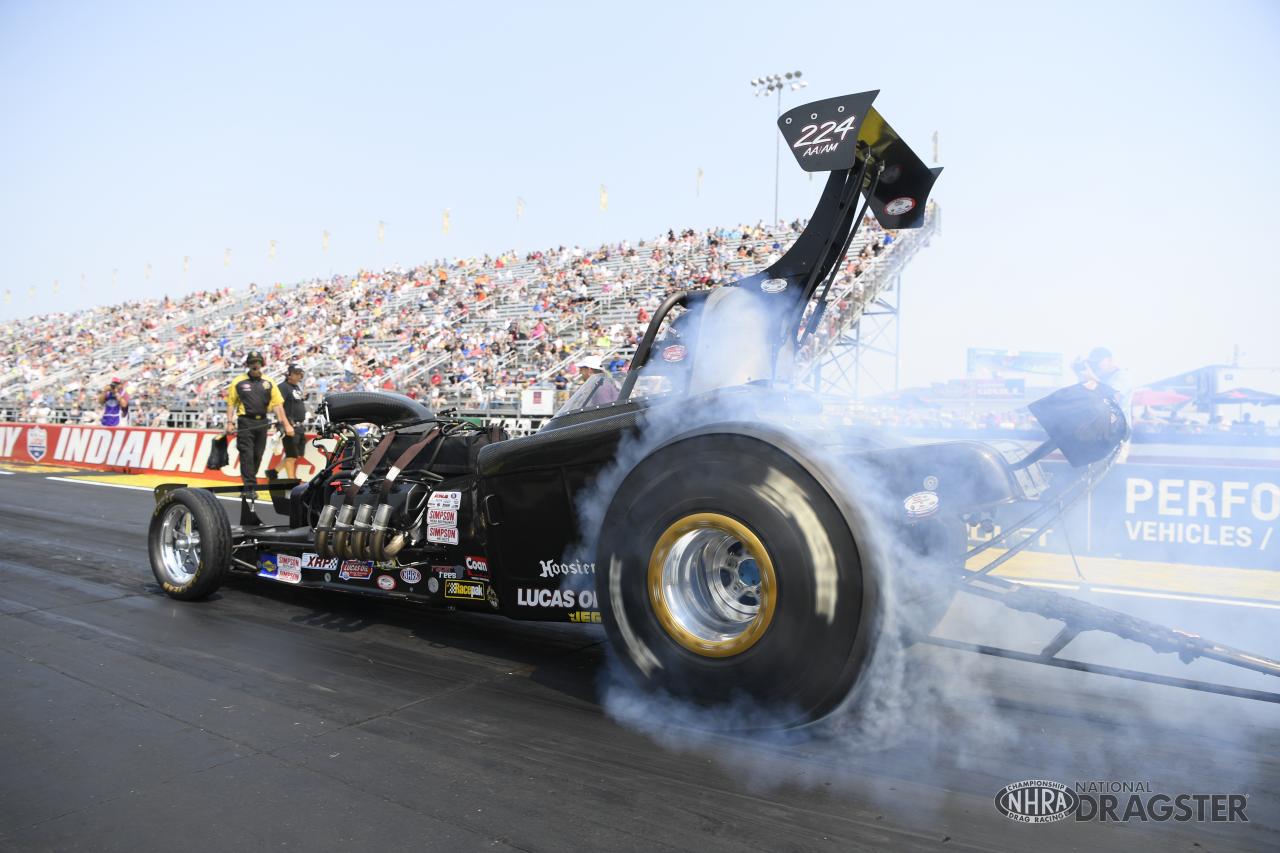 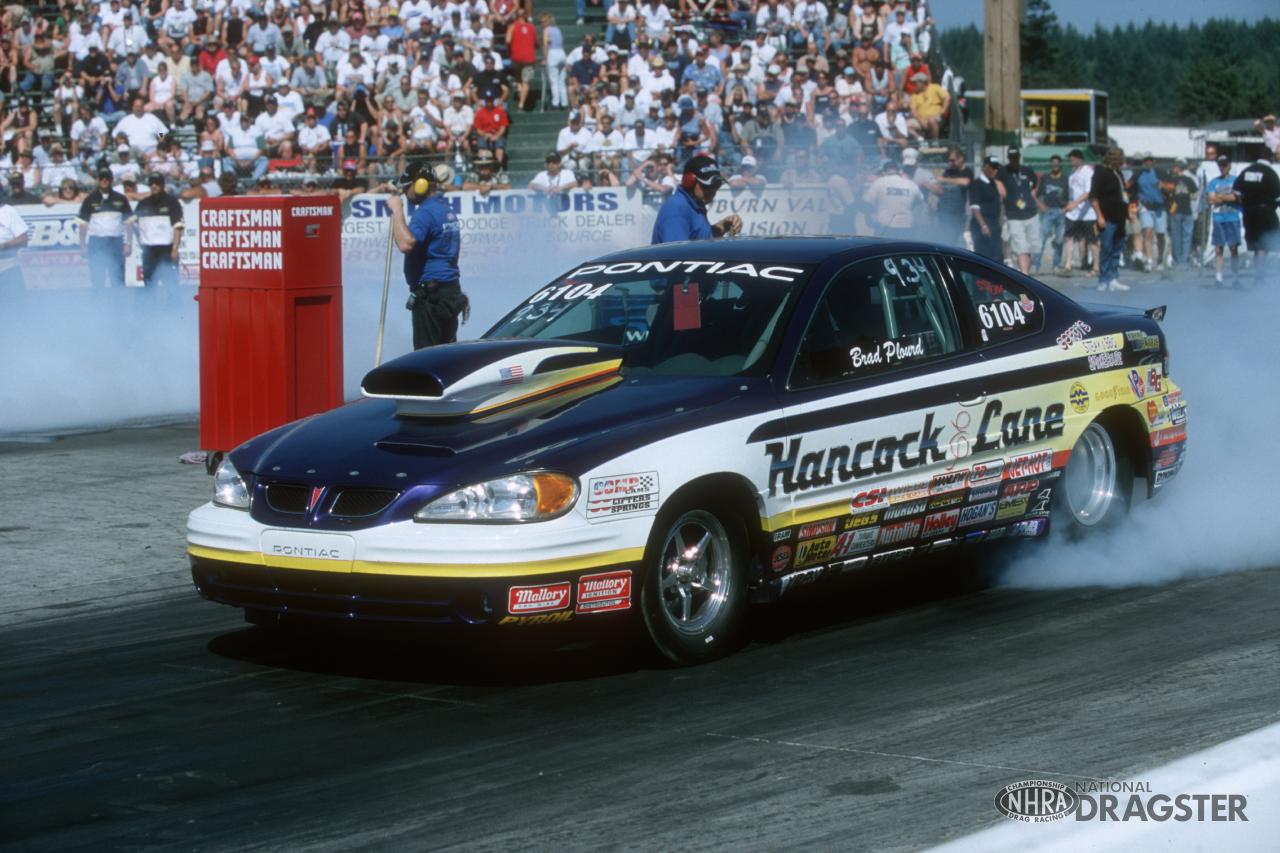 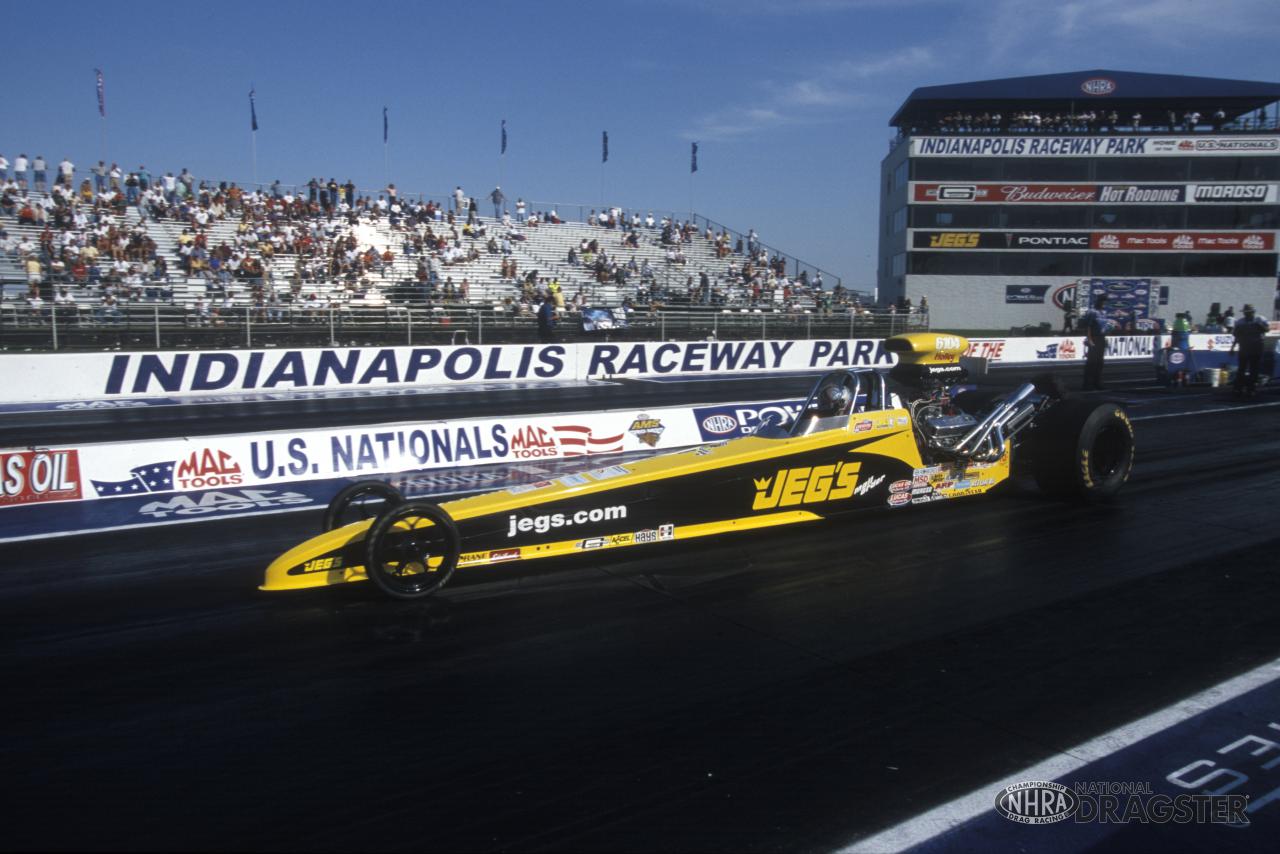 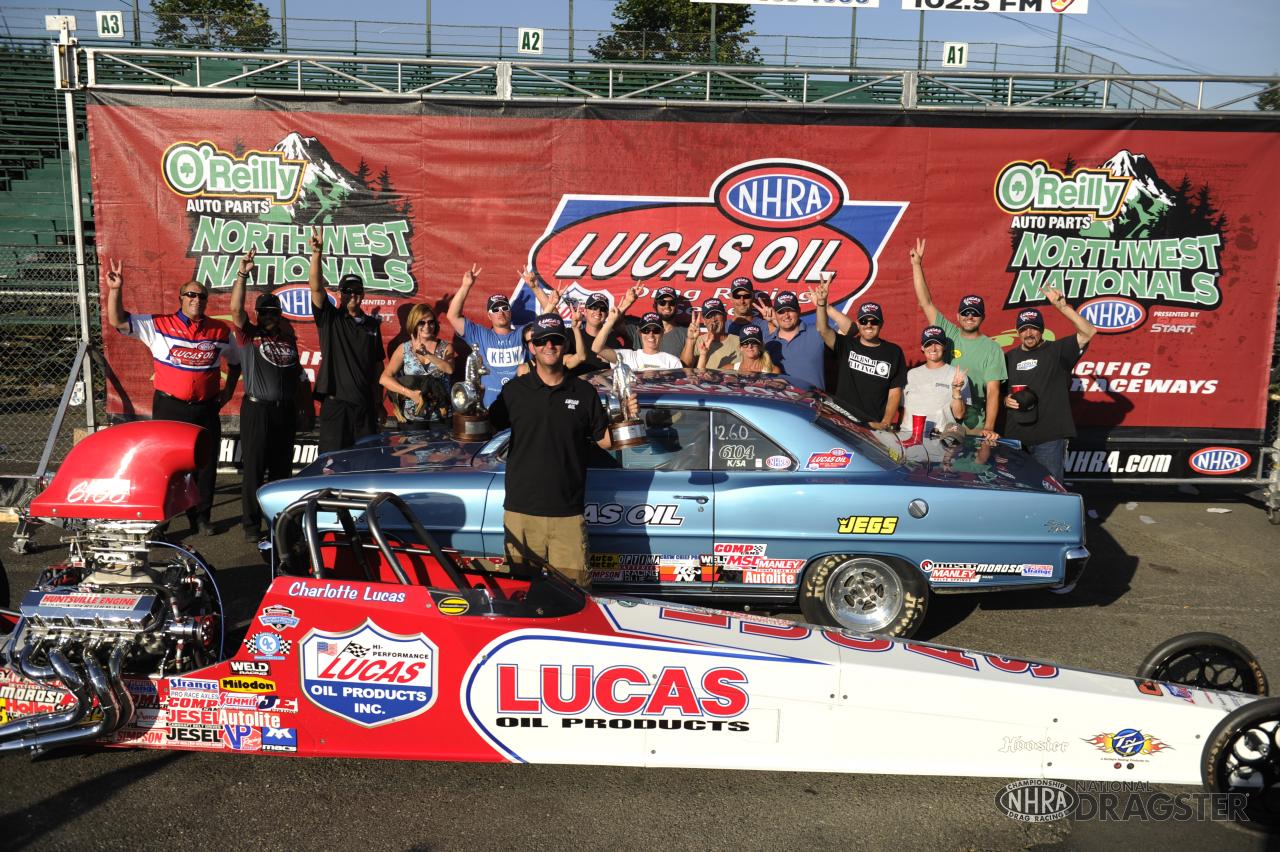 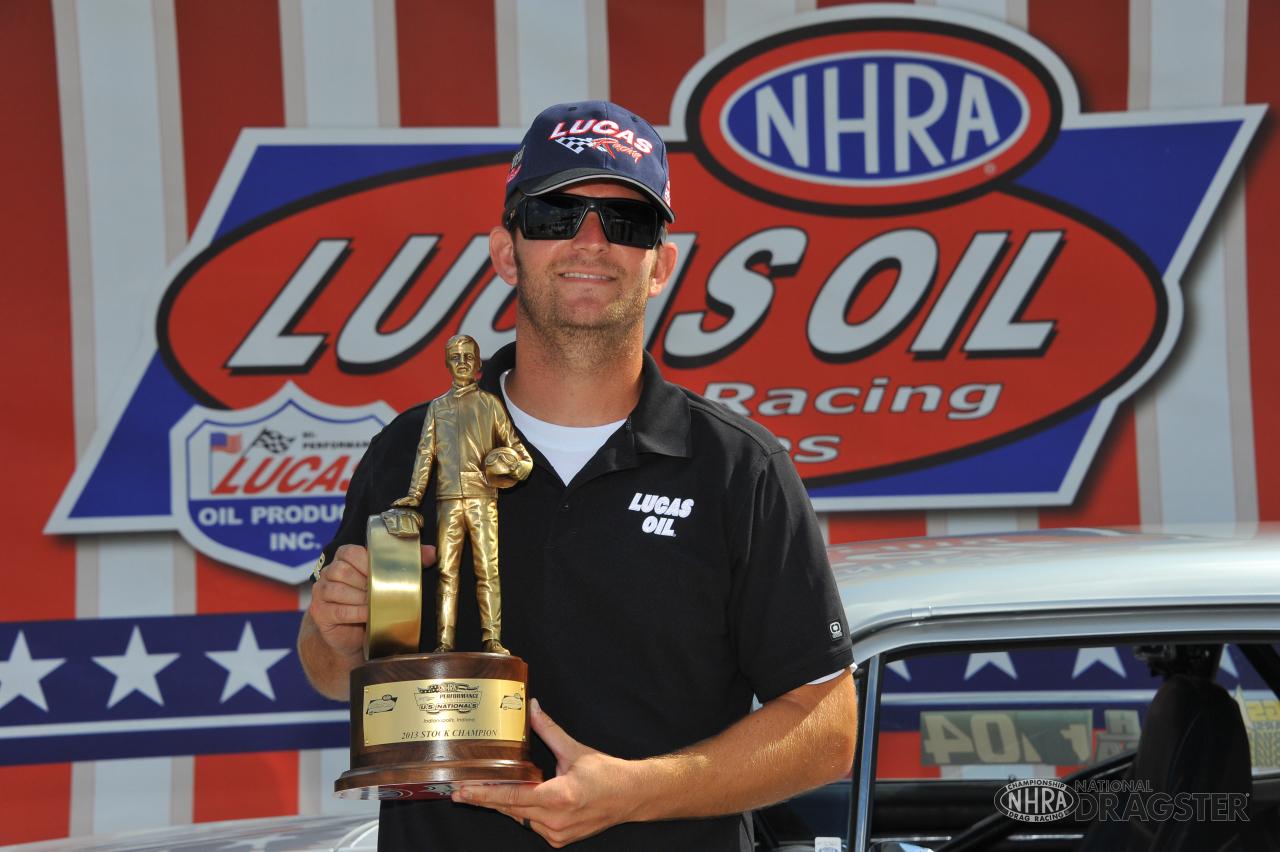 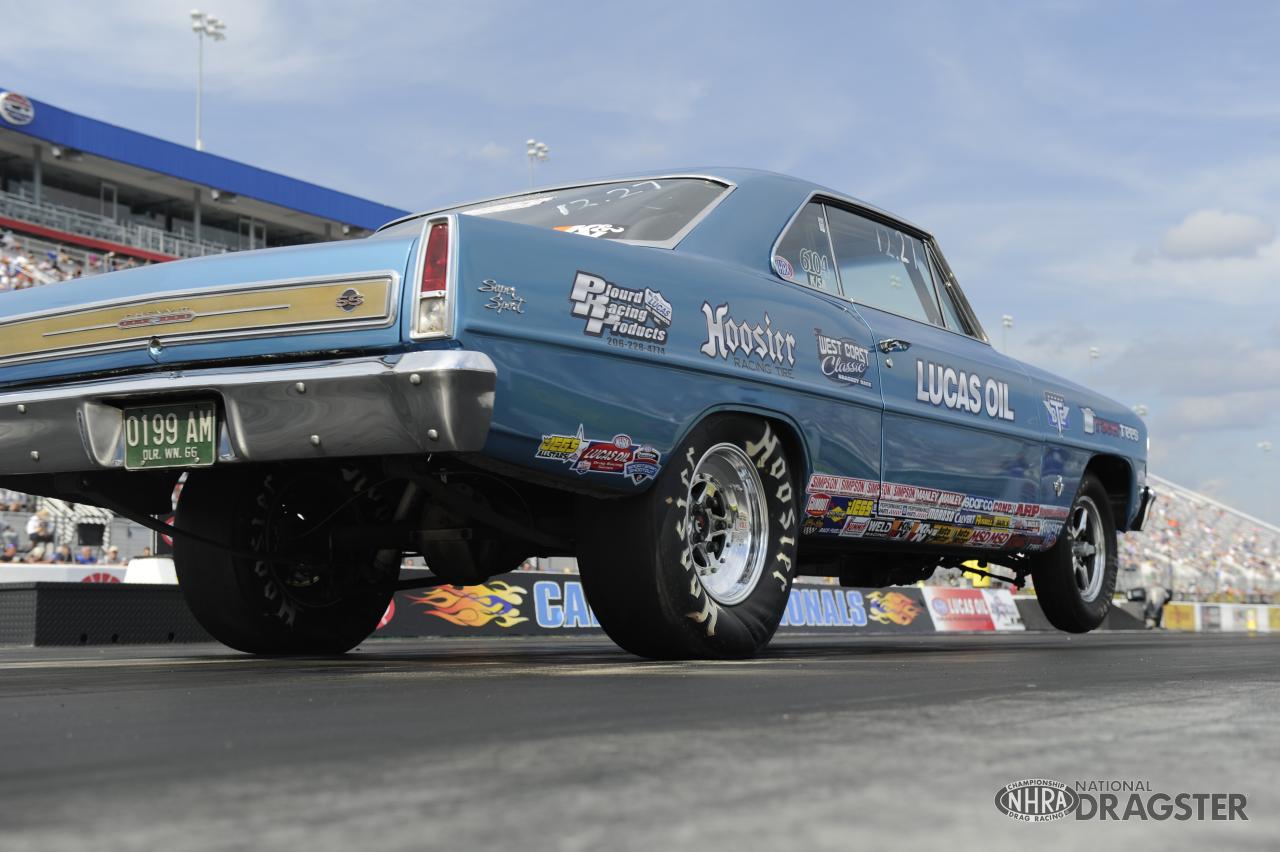 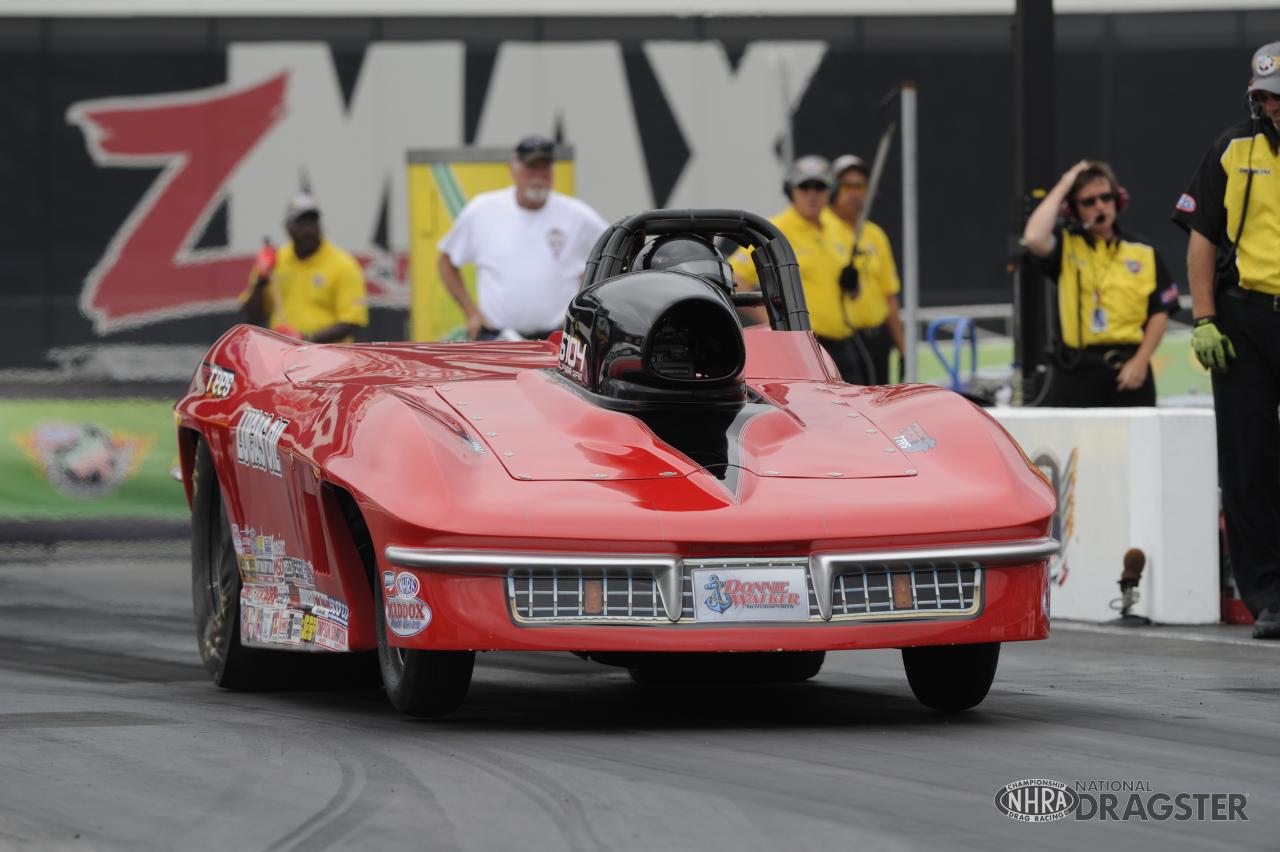 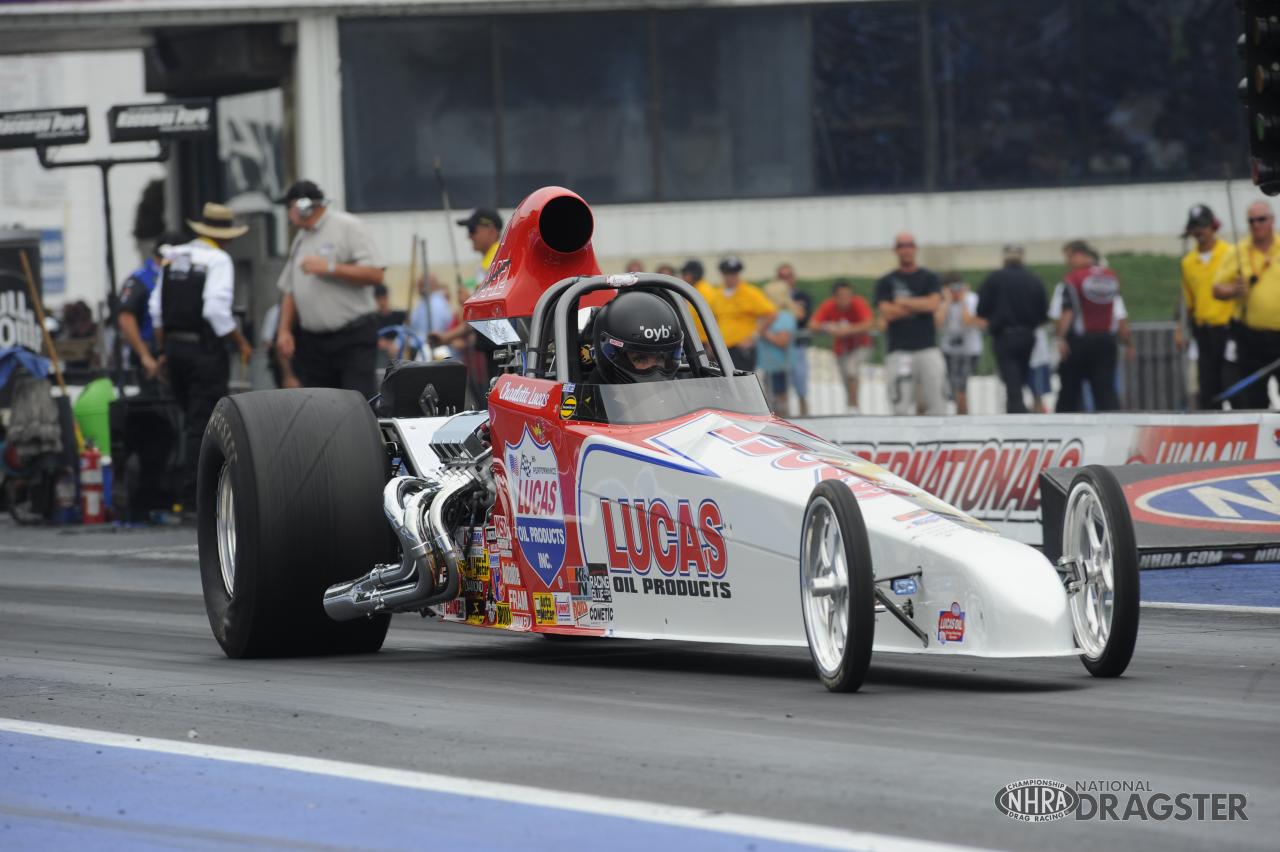 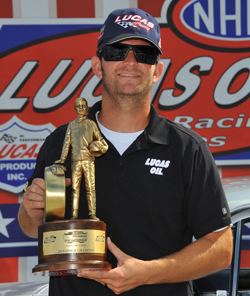 Conventional wisdom dictates that the more versatile an individual is the more opportunities he or she will earn in life. In other words, it’s never a bad idea to keep one’s toolbox fully stocked. One racer who’s taken that advice to heart is Brad Plourd, who has become one of the sport’s go-to guys when it comes to hired drivers and borrowed race cars. Currently, Plourd has won 21 national event titles in five different categories, but those statistics don’t begin to explain the depth of his resourcefulness and ability to quickly adapt to new surroundings.

Want a few examples? Try these.

Plourd’s first national event win in Super Stock (and second overall) came during the 2005 season at his home event in Seattle. With his Olds Calais sidelined by a mechanical issue, he was offered a chance to race with the Hancock & Lane team and went to the final round, where he stopped five-time world champion Jimmy DeFrank.

A year later, Plourd was actively searching for a car to race at the U.S. Nationals and John Coughlin came to the rescue, offering his JEGS.com Super Comp dragster. That trust was quickly rewarded with a victory at NHRA’s marquee event.

Plourd returned to Indy in 2013 and earned a win in Stock eliminator. Almost certain that his own car was not quick enough to qualify for the tough 128-car field, Plourd borrowed a Chevy Nova from Division 1 racer Don Pires. Once again, he was quick to adapt to his new surroundings.

“When you hop in a new car, it almost forces you to be more focused because you don’t know how it reacts, or where all the buttons or gauges might be,” said Plourd. “You can’t take anything for granted. When I won Indy in that Nova, it had four-wheel drum brakes, so it didn’t stop as well as most of the other cars I’ve driven. As most people know, brakes are a big part of the game in Stock. I tested them early when I had [an opponent] red-light and barely killed anything. It just took them longer to work. I learned something and it saved me later in the race. It’s all just a matter of paying attention to the details and adapting, whether changing your driving style or, when you can, making a change to the car.

“I also have a funny story about driving Jeff Lane’s Grand Am in Seattle. After I won that race, we got my Calais fixed and went to Sonoma the following weekend and I made it to the final in both Super Stock and Stock. I lost a heads-up finial to Joe Kohorst in Super Stock and beat Peter Biondo in the Stock final. That was three final rounds in two weeks in three different cars. I thought that was pretty cool.

“A lot of times, I’ve gotten to drive someone’s car and it’s just a one- or two-time thing,” Plourd said. “For example, I don’t think I ever drove John Coughlin’s car again after winning Indy. I just remember that he sent [longtime JEGS crew member] Tony Collier to Indy with the car, I got in and drove it and we somehow got the W.”

Plourd recalls a few other times when his versatility came into play, including the 2005 Memphis race when he and traveling partner Kyle Rizzoli made a spur of the moment decision to swap cars with Plourd driving Rizzoli’s Super Comp dragster and Rizzoli driving Plourd’s Super Stock car. Plourd went on to win his first Super Comp title, beating future Comp champ Doug Doll in the final.

“I had a minimal amount of experience in Super Comp, but I pride myself on trying to learn new things quickly,” he said. “When I practice, I practice top and bottom bulb, footbrake and transbrake; just about any situation you can find yourself in, I want to be prepared for that.” 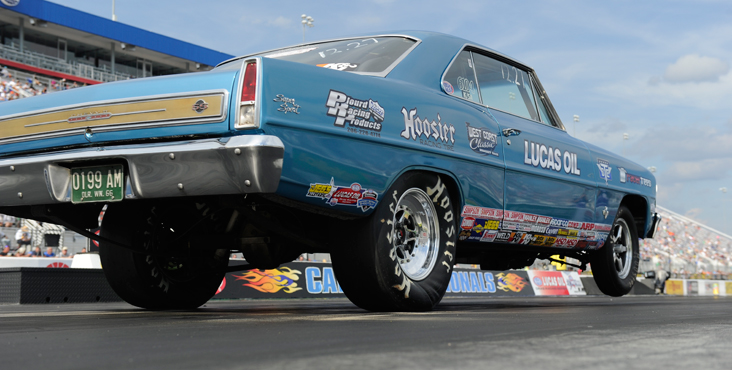 When it comes to E.T. Bracket racing, Plourd has proven to be equally effective with numerous big money wins including a $20,000 victory at the Drag Race Results Series event in Huntsville, Ala. He also reached the semifinals of the Mickey Thompson Million Dollar Race in Montgomery, Ala. That endeavor was worth a cool $30,000.

“I was driving my Nova, which is basically a Stocker,” he recalled. “The biggest race of the year and I got down to the last four in a car that probably shouldn’t even have been there. I got $30,000 after we split but should have done more. I raced Jason Lynch in the semi’s and I had a pretty good record against him. We never talked about making a deal, and I regret it now. Then again, I’d win that race for no money if I could. I just want to win for the prestige, for the lure of winning the biggest race of the year.”

Having the ability to win races in Super Comp, Stock, and other Sportsman classes is one thing, but driving a 220-mph supercharged Comp eliminator car is quite another. Enter team owner Harry Schwartz and his wild AA/AM ’23-T Ford roadster. Plourd got a chance to tame the six-second beast in mid-2017 and he’s since won two of the biggest races on the tour, the U.S. Nationals and more recently, this year’s Amalie Motor Oil NHRA Gatornationals.

“I hear it every day; people come up to me in the pits and say, ‘I wouldn’t even sit in it to warm it up’ and ‘I wouldn’t get out of the electric chair to drive that thing.’ This comes from fans and a lot of the other Sportsman racers I know,” said Plourd. “I guess it’s just one of those cars that not many people would want to drive. I’m sure that most of the guys who race in Top Sportsman or Top Dragster could do this. The question is ‘Would they want to?’ You have to have a reason to want to drive this thing.” 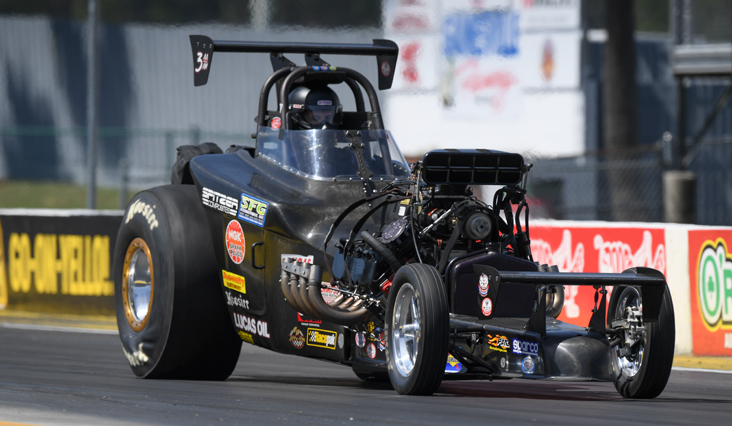 For Plourd, that reason is the simple fact that he’s yet to win an NHRA world championship and he figures the competitiveness of Schwartz’s roadster affords the best opportunity to do just that. The car is not only quick enough to qualify No. 1 and win races, but Schwartz, along with crew chief Sean Brown and crewmembers Robert Roeloffzen and Rodney Rosenstiel, have worked hard to make it go down the track consistently. The element of consistency gives Plourd a measure of confidence that allows him to concentrate on his reaction times and making smart decisions downtrack.

“I wasn’t at all hesitant to drive this car because I knew it had so much potential,” said Plourd. “My wife, Katie, might have been, but I wasn’t hesitant. The truth is that we might make one or two all-out runs in qualifying and in eliminations we rarely even go 200 mph. I just sort of treat it like a bracket race.”

Plourd previously drove a 6.6-second A/Dragster in Comp so he knew what he was in for when he accepted Schwartz’s offer to drive. Even so, he admits that every run is a learning experience.

“For one, this car has a short wheelbase, so you have to keep that in mind,” said Plourd. “Then, you’ve got to shift it twice and also use the trans-brake to get it off the starting line. The first time I drove it was in Montgomery and it was 95 degrees out. My dad [Bernie] came to help, which was great because he’s got plenty of experience from racing in Top Alcohol Dragster. I started with a burnout and went from there. On the second run, I shut off early and went 4.40 [eighth-mile], which was the quickest I’d ever been to that point. We really just took it one step at a time.” 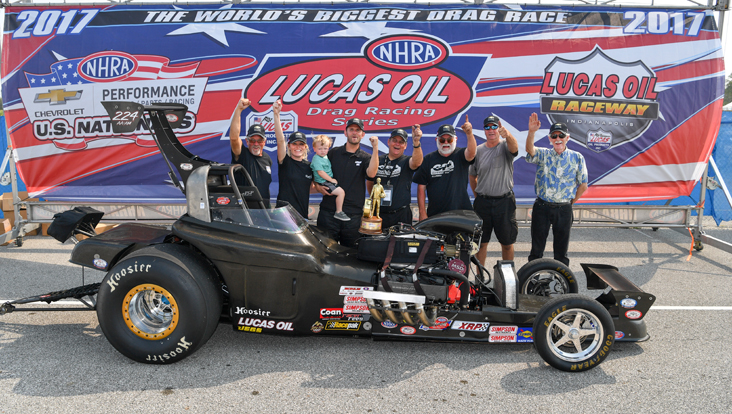 Not long after getting his license, Plourd pulled off another amazing feat when he won the U.S. Nationals for a third time in three different classes. He had the quickest car in the field at 6.37 seconds and was not seriously challenged through six rounds of eliminations. More recently, Plourd won a second national event title during the 2020 Gatornationals, beating Wes Leopold Jr. in the final round.

“We had some breaks in Gainesville, but my crew also did a great job,” Plourd said. “Harry is a genius when it comes to this stuff and his attention to detail is amazing. That is reassuring when I get in the car. Sean Brown is also the brains behind this car. He’s from Calgary and we don’t go anywhere without him. This is a small engine and it needs constant tuning. It’s also got no water jackets so there is a lot of heat and one of the big challenges is keeping it cool for four or five rounds. Thankfully, we have a good plan and we all stick together. I also get a lot of support from my wife, Katie, our son, Paxton, and some great companies like Lucas Oil, Hoosier, NGK, Pac Springs, GRP, BTE Transmissions, Coan Converters, and Lenco.

“As for driving the car, I can treat it sort of like a bracket car,” said Plourd. “At the finish line, I can whack the throttle a couple of times or even pull the ‘chute early. The big difference is in Comp you just need to make sure you get there first and, with this car, once you get in front, you’re going to stay there. Our opponents also know this car gets down the track almost every time.

“We’ve won Gainesville so now I can say I’ve won Pomona, Indy, and Gainesville -- all three NHRA majors -- and finishing No. 3 in Comp last year was also one of the highlights of my career. Other than winning the Million, I really want to win a world championship and I believe this is a team with the ability to do it. Those are the two things I’d like to have before I’m done.”