50 Years of Pro Stock salute: It all started at the 1970 Winternationals

Pro Stock was officially introduced as an NHRA national event eliminator at 1970 Winternationals as the ultimate manufacturer vs. manufacturer battleground, and the first race did not disappoint.
04 Feb 2020
Phil Burgess, NHRA National Dragster Editor
Feature

Pro Stock was officially introduced as an NHRA national event eliminator at 1970 Winternationals as the ultimate manufacturer vs. manufacturer battleground, and the first race did not disappoint. Chevrolet, Plymouth, Dodge, and Ford were all represented and the final round came down to a Chevy vs. Plymouth final round.

The class grew out of the heated Super Stock, Modified Production, and Factory Experimental wars of the late 1960s, and the field was well represented by the heroes of those classes. More than 40 cars were entered for the debut event.

Among those entered but not qualifying were future Pro Stock regulars like Bob Glidden, Butch Leal, Reid Whisnant, Herb McCandless, and Hubert Platt.

Sox, at the time of the winningest drivers in NHRA history, was the heavy favorite in eliminations and opened by beating Mopar teammate Arlen Vanke with a 10.11, but fans lost their minds a few minutes later when Jenkins clocked Pro Stock’s first nine-second pass, a 9.98 at 138.46, to beat fellow Camaro pilot Bill Hielscher.

All of the Fords, including the entry of local favorite “Dyno Don “ Nicholson, were eliminated in round one, leaving five Mopars and three Chevys in the quarterfinals.

Sox opened round two with a 10.14 to beat 1967 Super Stock world champ Ed Miller while Jenkins shut down early to a 10.26 to beat Fons’ Camaro. Another local favorite, “Dandy Dick” Landy, the 1969 Winternationals Street champ, ran 10.21 to defeat Bagshaw and Wally Booth added a second Chevy to the semifinals when he powered his Camaro to low e.t. of the round, 10.13, after Grotheer red-lighted in his Cuda.

Two Chevys and two Mopars made up the final foursome and one of each advanced to the final. Sox ran 10.09 to beat Booth, who put a fender on him at the green but started slipping the clutch and slowed to a 10.37. 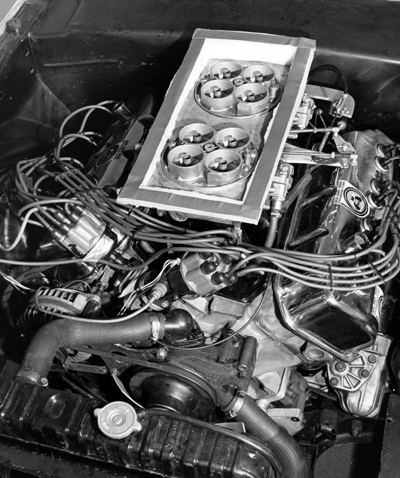 Landy, whose Mopar Challenger featured a unique ignition system, with two distributors and 16 spark plugs firing his 426 Hemi, red-lighted against Jenkins, who ran another 9.98. Landy had some consolation as he went on to win Modified eliminator.

Based on his twin nine-second performances, Jenkins entered the final round as the favorite against the vaunted Sox & Martin entry and did not disappoint, powering to a 9.99 at top speed of the meet, 139.53 mph, to beat Sox, who slipped to a 10.12 at 138.67.

National Dragster’s coverage of the event was effusive in its praise for the class, using phrases such as “The Pro Stockers were the hit of the meet” and that the new machines became “the darlings of the spectators.”

Perhaps the most telling of the editorial comments was this, which remains true 50 years later: “No one can deny the fact that the Pro Stockers are here to stay!”