"The desired results will take care of themselves so long as we chase the Wally." --Leah Pritchett
01 Nov 2019
NHRA National Dragster staff
Race coverage

Antron Brown
“With the momentum that our team has gained, we’re really optimistic heading into Vegas, and feel like we’re getting our race car back underneath us. I see the confidence in my guys, and I’m really pumped up to get dialed in for our second-to-last race of the Countdown. Really excited to get out there and compete and give it our all and see what we can do."

Leah Pritchett
“Starting Vegas in the fifth position, we could be worried about who’s on our heels and on the defense, or even have our eyes on those ahead of us in the chase, but we are doing neither. We are focused on our MOPAR hot rod, dialing in our consistency on all fronts from clutch wear to driver weaponry. With that, the desired results will take care of themselves so long as we chase the Wally.”

Jack Beckman
“At this point, the math is pretty easy. If we have any hope of winning the championship, we’re realistically going to have to chop at least one round off of Robert Hight’s lead. If we beat him in the final, we can do just that. But really, to have a decent chance at the championship, he’s going to have to go out early, and we’re going to have to go to the final. Unless he’s in the other lane, all we can do is control our own destiny. I know we have the car, we’ve demonstrated that the last few races. I have struggled at times and just can’t afford to do that anymore. Putting the Infinite Hero Dodge in the winner’s circle this weekend will set us up for exactly what the fans want to see in Pomona, and that is a championship that comes down to the last day.”

Ron Capps
"Our mentality rolling into this weekend is we need to steal as many qualifying points as we can, and we need to try and get as far as we can on Sunday. The ultimate goal is always to win, but here we feel like we have extra motivation. We don’t want to leave Vegas without a mathematical chance at the championship heading into the last race of the season. This is also one of our key sponsor races with Dodge and Pennzoil, both of which are two major sponsors that we’ve had for a long time, so that’s always a little extra incentive to try and get a win where your sponsors are so active.”

Matt Hagan
“This is the most important race of the season for our MOPAR team. It’ll be the deciding factor of our 2019 championship hopes and dreams. If we can do well in Vegas and take care of (Robert) Hight and (John) Force early in the day on Sunday, and gain some momentum, we can still really have a shot at the title come Pomona since that race is points-and-a-half. You don’t get too many shots at the championship, and we’re still in the hunt and still in it, so we’re going to dig deep, work hard and turn on some win lights. MOPAR is due for another championship so between me and Jack (Beckman), hopefully, we can take care of those Force cars and deliver another championship for our partners.”

Tommy Johnson Jr.
“I’m excited about going to Vegas; it’s one of my better race tracks. The way we’ve been struggling lately, I can’t wait to get to a track that’s been good to me in the past and finish the season strong. I know we have a good race car again, and it’s coming back to us. I’ve won at Vegas before and would love to get this thing turned around and put our car back in the winner’s circle and finish off the season on a high note. We know we can still finish in the top five, and that’s our main goal.”

Jeg Coughlin Jr.
"We've completed some very extensive testing in Tulsa since the last race and the Elite cars are all running extremely well, as they have been throughout the Countdown. Our confidence is sky-high and I'm not surprised at all that three Elite cars are at the top of the fight."

Brittany Force
“We had a successful weekend in Dallas. We made some serious ground, moved closer to that No. 1 spot and with two races left in this Countdown, the Advance Auto Parts team is in a very good position,” said Force who holds the national elapsed time record of 3.623-seconds. “David Grubnic, Mac Savage, and all the Advance Auto Parts boys, I’m proud of them and where this season has taken us. It’s almost over but we’re not done chasing this championship yet.” 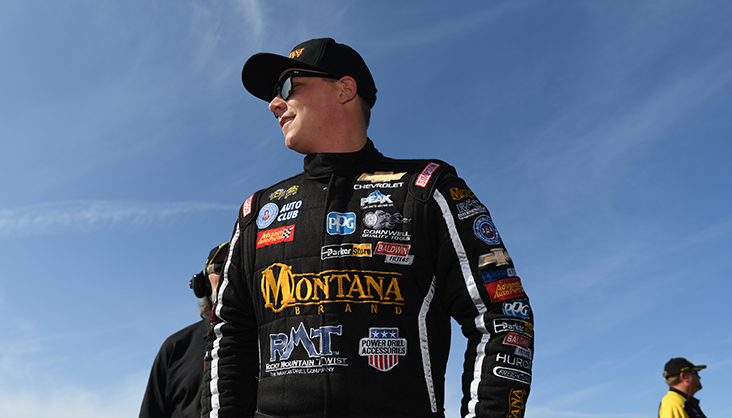 Austin Prock
“I’m really excited for Vegas. It’s where I got my start in a nitro Funny Car, so it has a special place in my heart,” said Prock whose rookie resume includes one win and five semifinal appearances. “When we were there earlier this season we didn’t do as well as we hoped but we’re making our way back there and we’ve really progressed since then, so I’m excited to see what we can do.”

“I always enjoy going to Vegas. I’ve had success there in the past and a win there would be really good for this Auto Club team. I’ve been saying it all season long but I think we’re going to need seven or eight wins to really put a gap in the points lead. This race is important but so is the next one. I really believe this championship is going to come down to the Auto Club Finals, it could be the last day, the last pass, that determines the title and we’re ready for it.”

“This PEAK Lighting Chevy team has given me a great hot rod all season. We didn’t get a win in Dallas like we were hoping for but we’re 79 points from first and there’s points and half in Pomona in a couple weeks, so we’ll see what we can get done at this next one in Vegas. Brian Corradi, Danny Hood and Tim Fabrisi, and everyone of the PEAK guys, they’ve worked really hard and now I have to do my job out there but I love being in the car, in front of the fans. It just makes you feel alive. I’m ready for the next one.”

Doug Kalitta
“I have a lot of confidence in this Mac Tools team. We dodged a bullet in Dallas but we can’t count on other people making mistakes. I know this team is capable of winning the championship. We just have to go our starting on Friday and execute. It is going to be an exciting weekend in Las Vegas.” 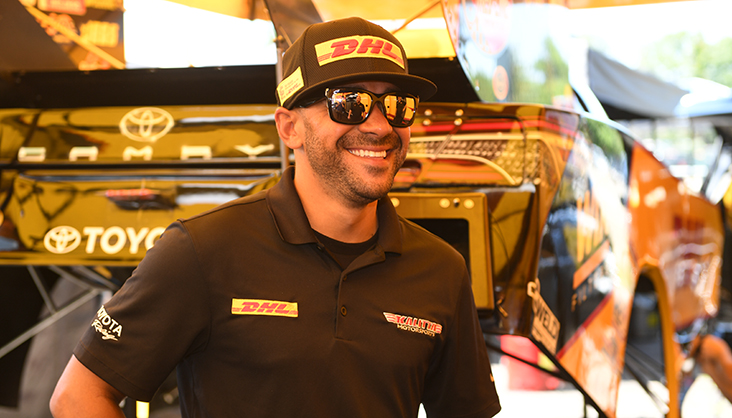 J.R. Todd
“The Countdown for Funny Cars this year has been wide open. No one is really running away with it. There has been a different winner every race and just about everyone has a first-round loss too. We made a move up the points coming out of St. Louis and even with two races left I think these DHL boys can make a jump. We will just need to be on our game starting on Friday in Las Vegas. We have won this race and done well here so I have a lot of confidence.”

Shawn Langdon
“We have two races left and this Global Electronic Technology team is going to try to win them both. We are going to try and make every run count. We can control our destiny and try and chase down some of the teams in front of us. There are eight rounds left in the season and we want to make the most of them.”

Richie Crampton
“We are going to race in Las Vegas and Pomona like the championship is on the line. We have our teammate Doug Kalitta at the top of the points and we will be looking to knock out as many Countdown cars as we can. We have a race car that can win rounds and that is going to be our number one goal.”

“Very seldom do I win races. It’s the team behind me and the race car I’m in. I just try not to screw it up. It’s like any other team sport. Success depends on everyone doing his job to the best of his ability.

“I feel blessed and humbled just to have this opportunity, but since I have it, I want to make the most of it. Our goal the rest of the way is simple. If we win the last two races, everything else will take care of itself.”

"It looks like it’s going to come down to the last race, but if we go out and execute our plan, we’re gonna be hard to beat. These Capco Boys are battle-hardened. We’ve been through the good and the bad in the Countdown. We know how quickly things can change and how important it is to keep your head in the game.

“Our plan is not to get ahead of ourselves. One round at a time.  Do whatever it takes to get the job done.”