There was a lot to see on Saturday at the Menards NHRA Heartland Nationals presented by Minties. Here are a few of our favorite images from National Dragster photographer Marc Gewertz.
08 Jun 2019
NHRA National Dragster staff
Race coverage

There was a lot to see on Saturday at the Menards NHRA Heartland Nationals presented by Minties. Here are a few of our favorite images from National Dragster photographer Marc Gewertz. 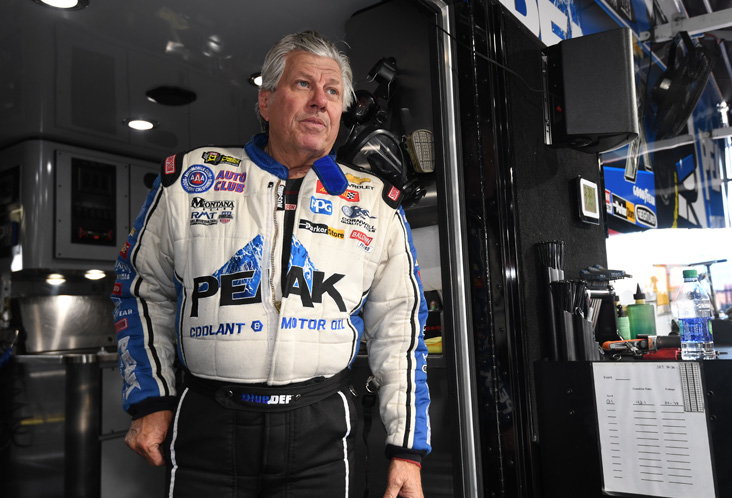 Throughout his career, John Force has consistently defied the odds. The16-time Funny Car champ will continue his quest for career win No. 150 from the No. 3 qualifying spot. 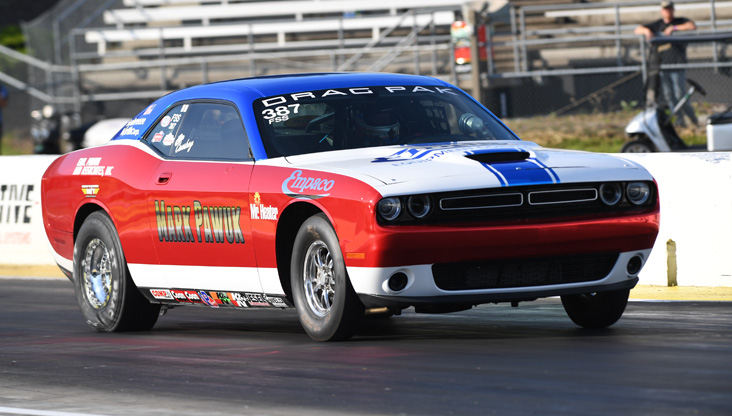 There was a furious battle for qualifying spots in the SAM Tech.edu NHRA Factory Stock Showdown and one of the 16 drivers to make the field was Mark Pawuk. The former Pro Stock driver was one of three Mopar racers to make the tough field. 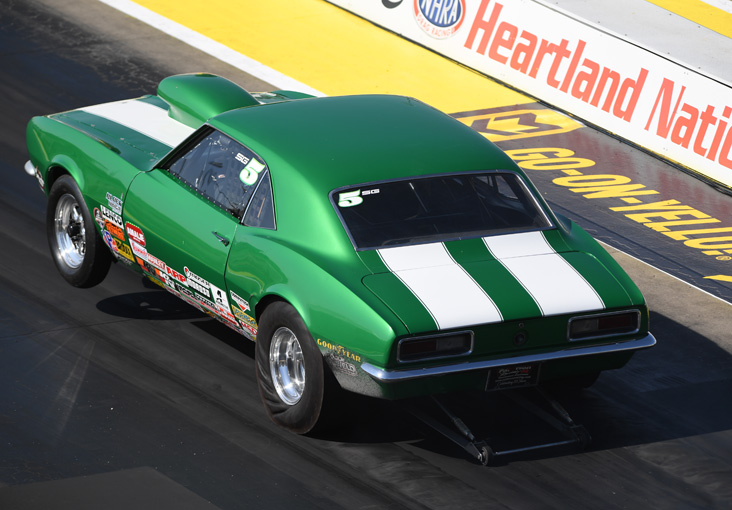 Recent National Dragster feature subject Tim Nicholson was racing in Super Gas with his unique Camaro, which is equipped with a Lenco transmission and a small block Chevy engine. Nicholson survived the opening round of eliminations. 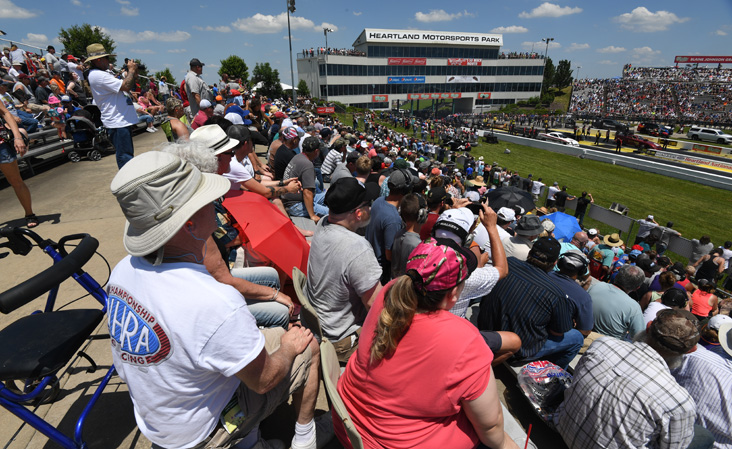 Bright sunshine and the sweet smell of nitromethane and burning rubber helped attract a big crowd to Heartland Motorsports Park for Saturday's qualifying and elimination runs at the Menards NHRA Heartland Nationals presented by Minties. 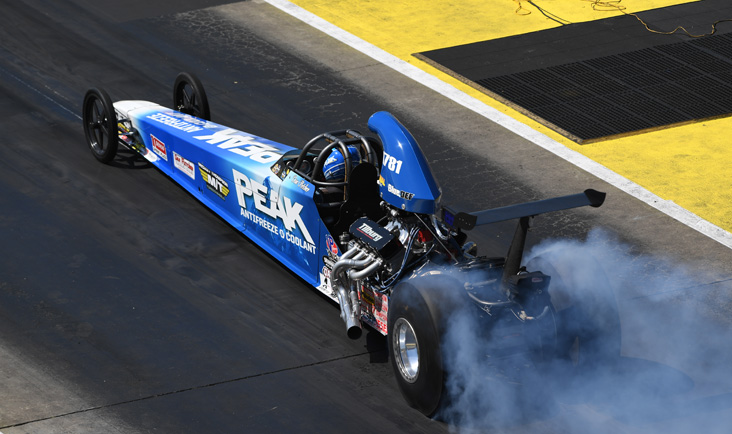 Dan Fletcher, who has 104 national event wins to his credit including the 2010 Topeka Stock title, made it through the first two rounds of eliminations with his Peak-backed Super Comp dragster. 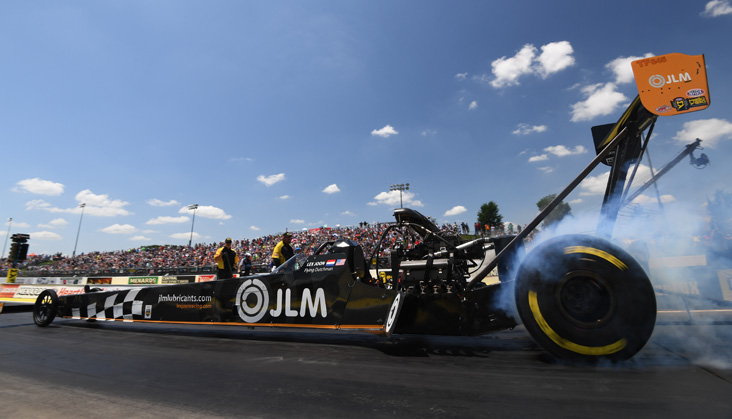 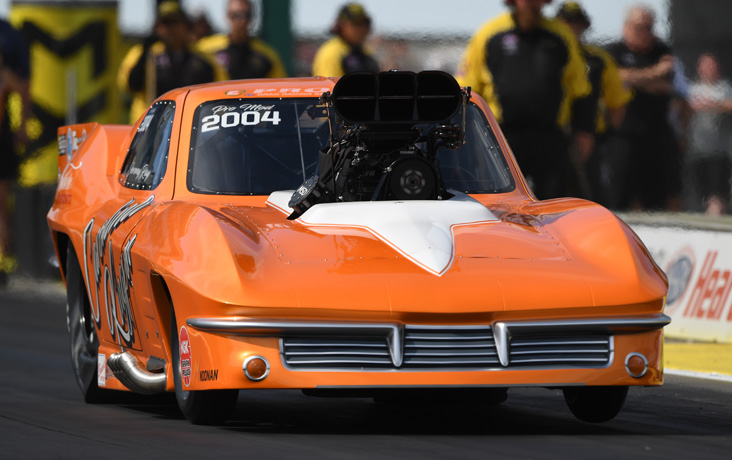 All 16 of the qualifiers in Pro Mod have run in the five-second zone including Jeremy Ray, who drove his supercharged Corvette to a 5.789 for the No. 9 spot. 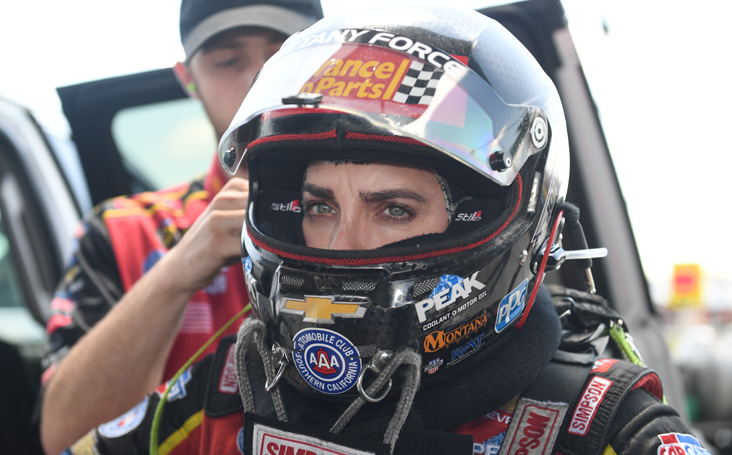 Brittany Force stood pat on her 3.87 run from Friday night and as a result, she'll face a tough battle against Clay Millican in Sunday's opening round of Top Fuel eliminations. 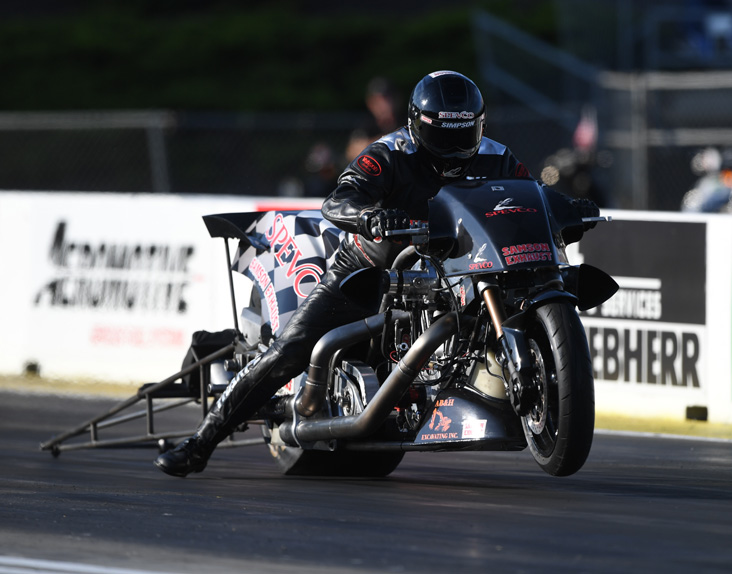 Reigning NHRA Top Fuel Harley-Davidson champion Tii Tharpe put down a solid qualifying effort in Topeka with a 6.390 that is good for the No. 2 spot in the field. 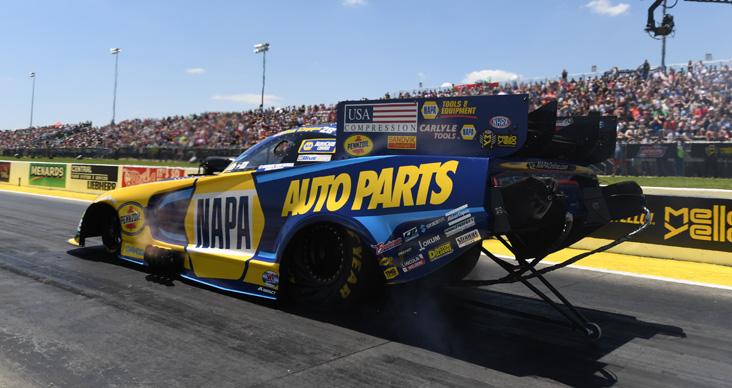 After running his special edition black NAPA Brakes body for the last few races, Ron Capps revered to his traditional blue and yellow NAPA Auto Parts colors for Topeka and qualified fifth-quickest with a 3.952. 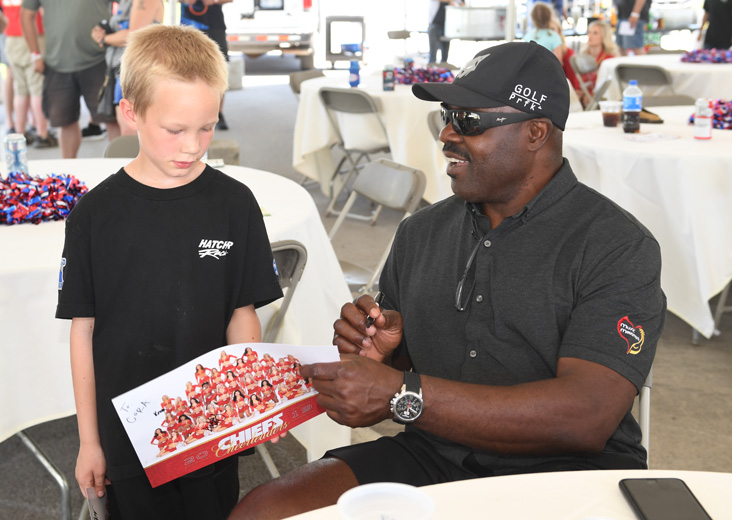 Former NFL player Christian Okoye, a star running back for the Kansas City Chiefs from 1987 to 1992, was a special guest at Heartland Motorsports Park and spent time signing autographs for the fans.